On December 3, 1968, NBC aired what has since become known as Elvis Presley’s ’68 Comeback Special. On a very intimate stage, Presley appeared in black leather with his guitar for his first live television performance since 1961. The most watched TV event that year, this special propelled Presley to return to performing live after years of making formulaic movies.

To honor him for the 50th Anniversary of The Elvis Comeback Special, NBC will air Elvis All-Star Tribute on Sunday, February 17. Celebrating with reprisals of his iconic songs are a mixture of young and veteran talents, hosted by The Voice coach Blake Shelton. 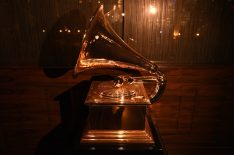 Musical performances will include: Also featured are interviews with wife Priscilla Presley, rare Elvis footage, outtakes and interviews from those involved in the special, including Director Steve Binder, as well as an appearance by the King’s daughter Lisa Marie Presley.

So it’s time to put on your “Blue Suede Shoes” and get “All Shook Up” as you thrill to the songs of Elvis Presley!