Recently, all six seasons of NBC’s 1982–88 series St. Elsewhere became available on Hulu, so now is the perfect time to check out (or revisit) the exploits of beleaguered Dr. Donald Westphall (Ed Flanders), overbearing Dr. Mark Craig (William Daniels) and their crew. Here’s why you should watch — stat! These TV MDs are off the charts!

At times, the opening credits contained upward of 15 names, yet the large cast was a harmonious blend. Besides Westphall and Craig, the richly crafted characters included Dr. Victor Ehrlich (Ed Begley Jr.), who provided some of the series’ lighter moments along with Howie Mandel’s Dr. Wayne Fiscus.

St. Elsewhere was revolutionary not only for the topics it covered — Dr. Bobby Caldwell (Mark Harmon) tested positive for AIDS before the actor exited the series in 1986 — but in the way stories unfolded. One episode paid homage to the play Our Town; another showed Dr. Fiscus, seriously injured from a gunshot wound, traveling through the afterlife. Only Season 1 was released on DVD, and the full series hasn’t been streamable anywhere else, or syndicated for some time, so you probably haven’t seen it for a while.

The talent behind the scenes was as top-notch as the cast. The producers and writers, including Bruce Paltrow, Mark Tinker and Emmy winner Tom Fontana (Oz, Homicide: Life on the Street) never depicted doctors as gods and instead focused on their all-too-human flaws. And with up to 24 episodes per season, they took their time letting the stories unfold. The actress reflects on her big win for web series 'Break a Hip.'

5. It was full of quirky surprises

Love or hate the finale, St. Elsewhere always had a healthy appreciation for the absurd: a naked surgical experiment, the time the residents took part in a sleep study, that bizarre crossover that had doctors dissecting their problems at the Cheers bar (Season 3, Episode 24). And what’s better than a smart show that doesn’t take itself too seriously? 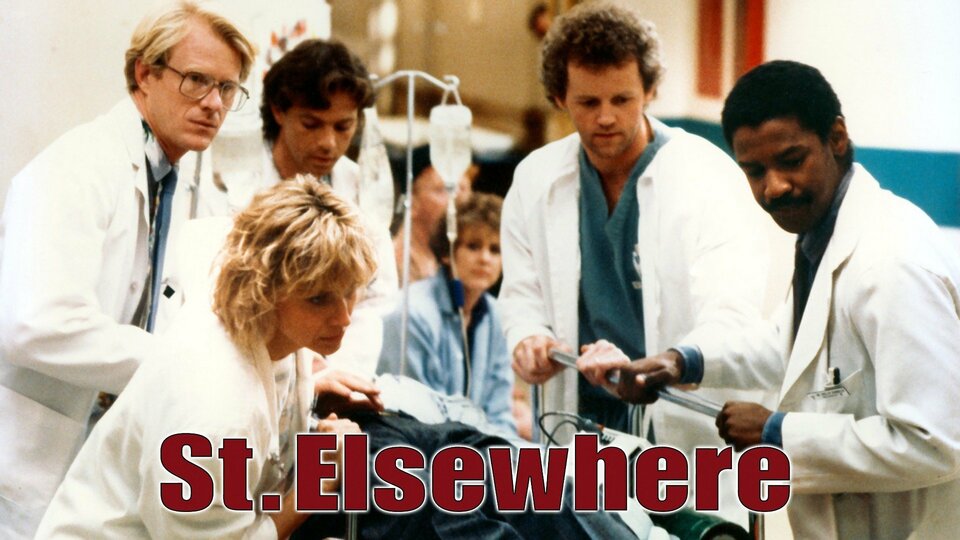