Shadowhunters fans continue to mourn the show’s impending conclusion, but they can find solace in the show’s star Katherine McNamara being cast on The CW’s Arrow.

As Maya, a street fighter from Star City, McNamara will step into the recurring role during Arrow‘s current season. But beyond the fact that Maya’s a cunning thief, not much else had been revealed about McNamara’s role until now.

The actress attended the Girl Hero Awards luncheon in Beverly Hills this week, where she hinted at what’s to come for her mysterious character. “Maya is kick-ass,” McNamara told Entertainment Tonight. “She’s a fighter. She’s someone not to be messed with, I’ll put it that way.”

While it’s certainly a transition moving on from Shadowhunters, the star revealed that it’s been a smooth one. “It’s been a real joy,” she said. “[The Arrow team] is such a family and I was welcomed with open arms and it’s such an exciting thing.” 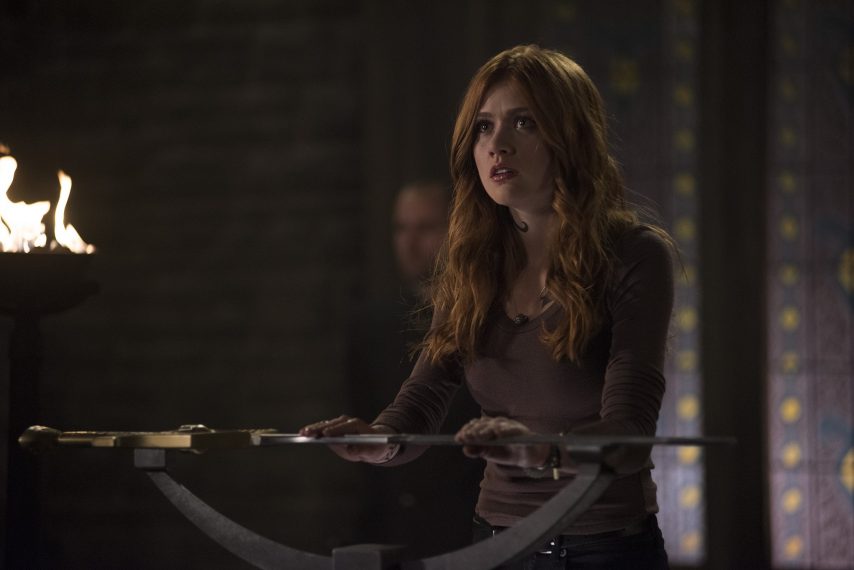 In the meantime, fans can vote for McNamara as a People’s Choice Award nominee for her role on the Freeform series. And from the sounds of it, she’s proud to continue her resume in strong roles.

“There are so many projects now that have so many female-empowered characters that I’ve not only been able to play but also have been able to be opposite with on screen,” she gushed.