A deeply personal exorcism of repressed trauma, The Tale is writer-director Jennifer Fox’s brave dramatization of her own story.

According to the movie, starring an intense Laura Dern as the adult Jennifer, this might not ever have been told if her mother (a tart Ellen Burstyn) hadn’t excavated a short story that 13-year-old Jenny wrote decades ago. This discovery triggers Jennifer’s investigation into buried memories. The film flashes back to an idyllic summer of 1973, when young Jenny (Isabelle Nélisse) escapes her parents’ marital discord and succumbs to the comparatively exotic glamour of horse trainer Jane (Elizabeth Debicki) and her lover, Bill (Jason Ritter), a respected coach.

Once the couple lets Jenny in on their adult secret, flattering her with talk of “complete honesty,” the tone darkens when Bill contrives to be alone with her. The sickening seduction is made even more disquieting by casting the usually genial Ritter against type.

Dern’s performance grows more anguished as she relives this sordid history and confronts the aged Bill (the late John Heard) in an explosive climax that’s as cathartic for her as for the viewer. 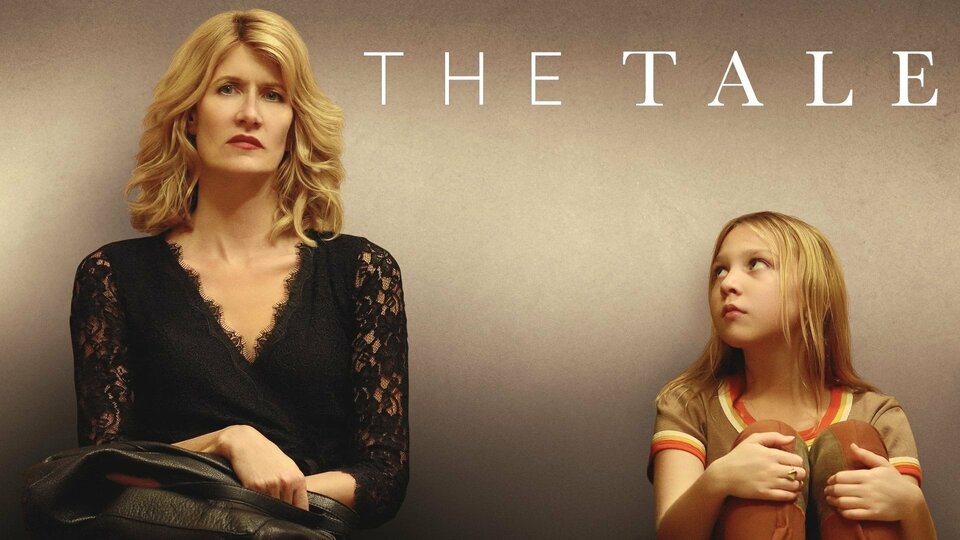 The Tale where to stream