A shrewd idol bluff led to an intense showdown at tribal council as the fourth castaway was voted out in a thrilling episode of Survivor: Ghost Island. Tonight’s vote-off contained so many moving parts and major talking points that I could honestly dedicate every single Fire and Snuffed moment to this tribal council alone. But let’s start with Michael’s lie, one of the finest back-against-the-wall moves we’ve ever witnessed on Survivor, even if it did ultimately fail.

Unveiling a hidden immunity idol in the middle of tribal council is a tried and true method to cause chaos, but having one of James Clement’s cursed idols from Survivor: China afforded Michael some extra creative license. By invoking Survivor past, Michael spun some fake news about how, because of James’ double-idol blunder, the relic now possessed the power to grant TWO people immunity. It’s the kind of bluff that could only ever work on this particular season and another reason why the Ghost Island theme continues to pay off in exciting ways. It was an innovative effort from the undercover 18-year-old, who was entering tribal council blind, not knowing which way the votes would fall on his outnumbered Malolo comrades.

So why didn’t it work?

Michael’s bluff did cause panic and confusion amongst the old Naviti members, especially fisherman Sebastian, though that dude looks permanently confused. Also, from what we saw, it didn’t appear that anybody questioned the validity of Michael’s claim. The reason an original Malolo still ended up going home then is probably due to Michael and his allies openly announcing their intended target.

Michael, Brendan, Stephanie, and Jenna launched into attack mode on Bradley, the arrogant law student who not only compared himself to Survivor legends Boston Rob and Kim Spradlin, but claimed he was the tribe “babysitter.” Imagine Bradley as a babysitter? He cries more than tired toddlers. Bradley was a credible target for the Malolos, but revealing that before the votes badly damaged their pitch. Michael directed his attention to the two people he perceived as being on the bottom of the Naviti alliance – Sebastian and Chelsea (who finally spoke!) – and urged them to flip over to team Malolo. Again, those were likely the right castaways to try and sway, but knowing where the Malolo votes were going – specifically, not on them – it gave them no reason to make the jump. Sebastian and Chelsea knew they were sitting pretty no matter what and so it made sense to stick with the safer option.

Sadly for Brendan, he paid the ultimate price, as the ex-Navitis aimed all five of their votes towards the high school gym teacher. The Navitis played it smart, choosing to target one of the strong guys, rather than the girls, whom they wisely predicted the Malolos would be expecting them to vote for. Not that Stephanie or Jenna are weak by any means, but Survivor‘s questionable history with how females are perceived in terms of challenge strength came into play here, to the benefit of Naviti. The old Navitis trusted their gut, voted Brendan, and their prediction proved accurate, when Michael wasted his idol on Stephanie, thereby failing to reverse James’ ten-year curse.

It was definitely crushing to see the rootable Malolo underdogs one-upped by the overconfident Navitis. But that’s Survivor; sometimes this game can be very, very cruel. Now only three ex-Malolos remain on this tribe against a seemingly strongly-bonded ex-Naviti alliance. Sebastian compared their chances to penguins on a tropical island, and while that sounds like one of the unsolved Lost mysteries, it could be an accurate metaphor for Michael, Stephanie, and Jenna.

Speaking of gut-trusting, credit has to be given to Kellyn for the choice she made at Ghost Island. It seemed almost destined for Kellyn to draw the white rock after she declared that a night alone on spooky exile was her worst fear – sounds preferable to another night with Bradley’s whining, to be honest. While at her ghoulish getaway, the career counselor was given a chance to play a game for an advantage, however, as we previously saw with Jacob in the season premiere, the game came with a price. If Kellyn chose to play, she’d have to wager her vote at the next tribal council. The allure of an advantage and the atmosphere of Ghost Island itself must make it incredibly difficult to turn such an offer down, but Kellyn decided not to take the risk, knowing that she currently had a 5-4 numbers advantage on Malolo.

I’m totally with Kellyn here. The risk is not always worth the reward. I mean, just look at Jacob, the advantage he gained was useless, he didn’t even get to keep it for himself! Kellyn admitted that her decision could come back to haunt her, but she’s approaching this game like she does her regular life. She’s following her gut instinct, the same gut instinct that saw her get a divorce and return to grad school in the past year, changing her life for the better. Had she lost her vote here, then Michael’s idol bluff could have been much more effective in a 4-4 situation.

The outlook is much brighter for the old Malolos over on the new Naviti tribe. After pulling off the Morgan blindside last week, James, Laurel, Libby, and Donathan have put themselves into a power position. The ex-Navitis are now split into two pairs – Domenick & Wendell and Chris & Angela – and the continuing Domenick and Chris rivalry shows no signs of slowing down anytime soon. That puts both twosomes at the mercy of the Malolo 4.

Domenick and Wendell took the blindside on the chin and praised the Malolos for a move well done. That’s exactly how you should handle being on the receiving end of a Survivor blindside. Respect and humility can go a long way – even if you’re raging inside. We saw just last season how Ali screwed herself by reacting emotionally back at camp following Roark’s blindside. Ali’s emotional outburst made it unlikely for Ryan to repair that relationship and he subsequently voted out his once former ally. Here, Domenick and Wendell played it cool and therefore made themselves available to any ex-Malolos looking to shake things up. Chris and Angela, on the other hand, immediately got to work buttering up the Malolos and pledging their loyalty. Chris told the group that they could split the votes 3 and 3 for Domenick and Wendell to counteract any potential idol play. As is becoming a recurring theme, what Chris says is right, but the way he says it leaves a lot to be desired. “I like you, I like you, I like you, I like you, and I like myself,” he said when attempting to build this new alliance. And while the group laughed at his closing remark and took it as a joke, Chris isn’t joking, he likes himself… a lot! That’s the problem. People are put off by him because he comes across self-centered and domineering. Everybody hates Chris—they didn’t even want to help him with the rope in the Immunity Challenge! Laurel and Donathan, in particular, don’t want to take orders from a guy like that, and that’s precisely what sends them into the hands of Domenick and Wendell.

Laurel said she is tired of playing under the radar and wants to put her stamp on the game. The Yale graduate then approached Domenick, telling him she is ready to shake things up. That was music to Domenick’s ears and, in goodwill, he confessed that he does indeed have a real idol. I liked how Domenick reacted when Laurel called him out for previously lying about the idol. “It’s an idol… you’re not supposed to tell anyone,” he laughed, which is kind of ironic since he’s told half the cast at this point. But the way he laughed it off rather than pile on the elaborate excuses worked. He went on to tell Laurel: “Three is still a good number if you have tools to use them with… and I have a tool.” He was referring to the idol, not Chris.

The dynamics of the new Naviti tribe are really intriguing right now, which make a nice compliment to the more rigid setting over on Malolo. A potential Domenick-Wendell-Laurel-Donathan alliance sounds entertaining as hell. Things appear to be very fluid with alliances continually shifting and new relationships blossoming. The only constant that remains is Domenick versus Chris, and surely that feud will come to a head sooner rather than later.

This #ImmunityChallenge calls for every ounce of teamwork. #Survivor pic.twitter.com/nutwmClCBV

– The closing moments of the Immunity Challenge was nail-biting stuff! It’s been a while since we’ve seen a comeback and close-finish quite like that and it made for tense television. Well, at least for those who hadn’t seen the episode previews which featured Malolo camp footage that hadn’t aired yet.

– Chelsea even speaks in a whisper. That’s just asking for a Purple Edit (Survivor slang for lack of airtime).

– Domenick became the third person to receive the Legacy Advantage this season (though technically Jacob never owned it). Will it curse him too? Or will somebody finally put it to good use?

– No candy metaphor from Sebastian this week, but we did get the previously mentioned penguin analogy and some funky wordplay—Malolo-low.

Before I go, here is the Survivor Brain Buster Trivia question of the week. Who was the victim of the first ever correct idol play in Survivor history (not including Gary Hogeboom’s idol in Guatemala)? And, for a bonus, which castaway played the idol?

Post your answers in the comments below, and let us know your thoughts on the latest episode. Could Michael have played the idol bluff better? Did Kellyn make the right choice on Ghost Island? Can Domenick and Wendell mount a comeback? 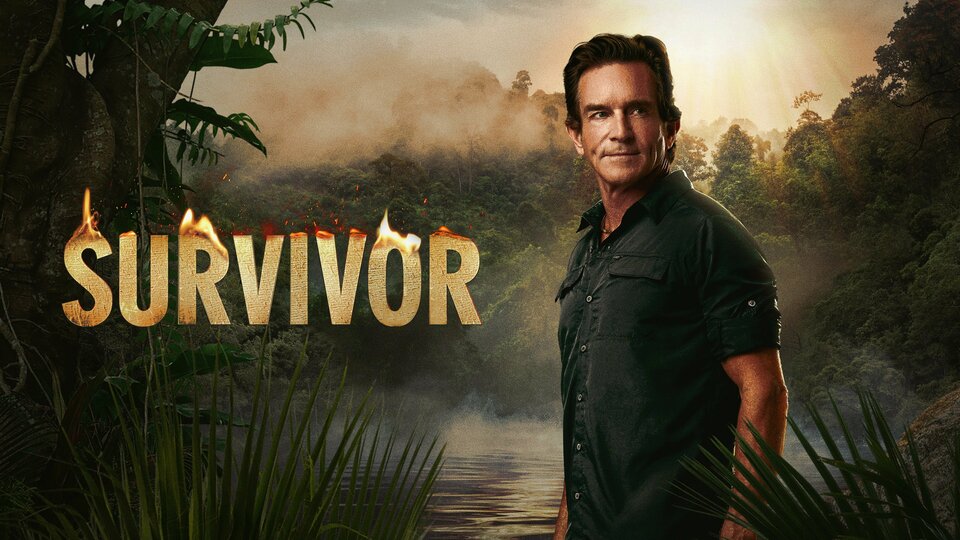