Just in time for Valentine’s Day, Investigation Discovery premieres He Lied About Everything, a two-hour special that explores the love-affair-gone-wrong between award-winning NBC News producer Benita Alexander and world-renowned transplant surgeon Paolo Macchiarini.

Following a New York Times story on Macchiarini, Benita is sent to produce a television special about his new discovery in regenerative medicine. Sweeping her off her feet with many romantic gestures and getaways, Paolo makes the ultimate proposal in 2013. But the fairytale comes to an abrupt halt when she discovers he lied to her. What started as a dream relationship between two people at the height of their careers turned into a huge nightmare.

Adding to the crumble of the brisk romance, Paolo leaves a horrifying amount of tragic despair to those in the medical field, including patients left to die, families broken, scattered medical research and a breakdown regarding the Nobel Peace Prize for medicine. It is up to Benita to use her investigative skills to uncover Paolo’s deceits.

“ID gives the viewer the opportunity to experience this along with Benita—the highs and the lows—and to discover, along with her, how… He Lied About Everything,” said Henry Schleiff, group president of Investigation Discovery, Destination America and American Heroes Channel. “This is a see-to-believe tale, with many twists and turns that will leave viewers stunned.”

Check out a preview of He Lied About Everything here:

He Lied About Everything, Wednesday, Feb. 14 at 8/7c, Investigation Discovery 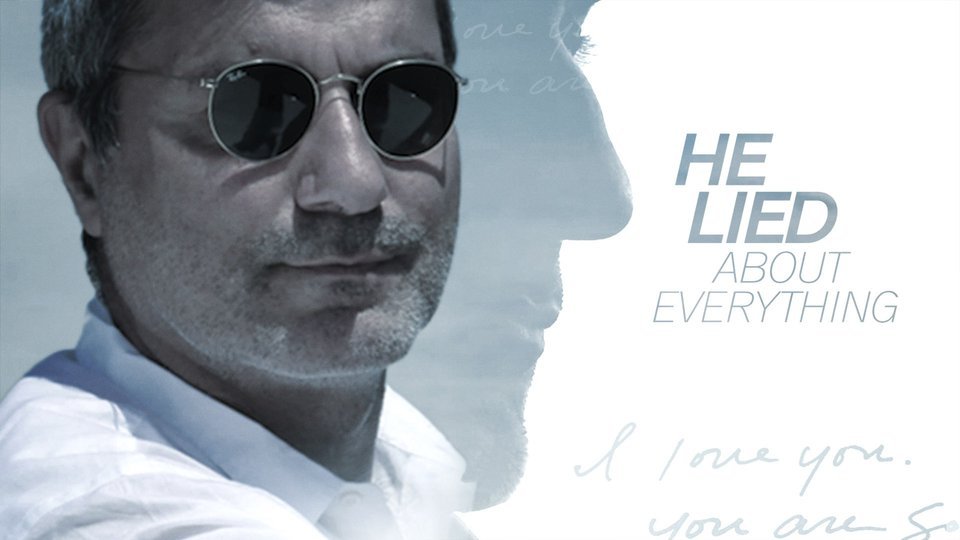 He Lied About Everything where to stream

He Lied About Everything