‘The Middle’s Eden Sher Is a ‘Badass’ Disney Princess in ‘Star vs. The Forces of Evil’

She loves rainbows and unicorns—how can you not when your name is Star Butterfly?—but she can also kick your butt from here to next Tuesday. The Middle’s Eden Sher stars in Disney XD’s animated hit Star vs. The Forces of Evil which gets the jump on Season 3 with a 2-hour movie event, The Battle for Mewni. Star is a 14-year-old warrior princess from another dimension who currently lives on Earth—sort of like an exchange student—with a Latino-American family. But while this fish-out-of-water saga is wildly zany, it’s also super twisted and big on death, dismemberment and, occasionally, even a wee bit of torture. And Sher is down with it!

In the Star movie, your character learns that her grandmother’s long-ago death was actually murder. What’s it like working on a kiddie show that’s so psychologically out there?

Sometimes we have episodes so dark I’ll go, “Wow, this is a cartoon?” But this show doesn’t condescend. And Star is a character I really would have connected with when I was young. She’s very girly and very angry. She’s my id.

And Star has really evolved since the series started, even though she’s still the same age.

You rarely see character evolution in animation because, for the most part, characters don’t age. On The Middle, you can’t hide that I’ve grown—physically and emotionally—and therefore so has Sue Heck. But cartoon characters never change so nobody really expects personal growth. That’s not the case with Star. Her personality has really expanded and become so much more defined over the three seasons. As we’ve added more and more back lore, she’s gone forward and grown outward even though she stays 14 forever! And she’s adjusted so well to living on Earth and understands so much more about this strange new world. She’s no longer going, “What’s a toaster?” Once we got past that, she could be badass.

Was this really your first voiceover role? Starting out on top!

Yeah, it was my first, except for a little radio product campaign I did when I was like 10 or 11. When Star came along, I had been auditioning a ton for voiceovers and never even got a callback. No one wanted me! And then, out of nowhere, I get this lead role…and now we’re doing a Star movie! [Laughs] I had no curve! I just suddenly went from getting absolutely nothing to a totally awesome role.

What was the problem?

I think it had a lot to do with my lack of confidence. Star was also the first cartoon character I auditioned for that allowed me to be me. They could see my potential, even though I was really stiff in the first few episodes. Now I cringe because I could have been so much looser. Around episode 5 or 6, I was in a recording session and just couldn’t get this one particular line to come out right. It wasn’t funny. It wasn’t anything. And I was really struggling and messing myself up. So [the director] finally said, “Eden, just say the line the way you would say it. Bring that to it.” And it was like a light bulb went on. I realized I didn’t have to create some BS character. I was, like, “Ohhhh, I get it. This is me!”

So you feel like you now have a handle on this voiceover thing?

[Laughs] Not really. Sometimes my instinct as a comedian is to sound as obnoxious as possible, adding jokes that shouldn’t be there and really reaching for laughs. And I just feel like I’m ruining things. For instance, there was a scene with Star and [her best friend] Marco where I purposely said his name wrong just to be funny. And the director says, “Uh, you can just say his name.” Sometimes I’m the last one to realize when a moment is supposed to be sincere. How’s it feel to join the long and distinguished line of Disney princesses?

I feel so special! I’m in the gang! But I love that our show has flipped that whole “rescuing the princess” thing on its head. Most of the time, it’s Marco who’s the damsel in distress. We’re pretty gender neutral. We don’t do “girl things” and “boy things” and I love that our show appeals to all ages. When I said yes to the job, I didn’t feel I was selling my soul or anything. Of course, you never know how a project is going to turn out but when I watched the first episode I thought, “Am I crazy, or is this thing really good?” Yeah, I’m biased, but other people were also finding it really funny and interesting. There’s something universally relatable about being tough about your passions, like Star is. I mean, I don’t want to get carried away here. There are several shows on TV right now that are truly revolutionary. That’s not us. [Laughs] But I do like to think that we are quietly revolutionary.

Here’s an exclusive preview of the Star movie: 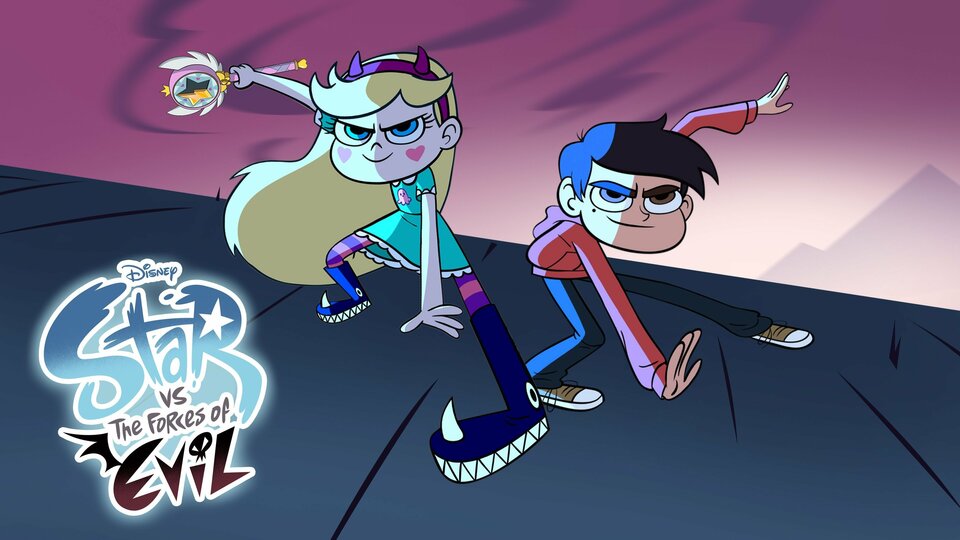 Star vs. the Forces of Evil where to stream

Star vs. the Forces of Evil