Days of Our Lives has lost one of its own as it was announced Monday, November 14 that John Aniston had died. The actor who was known for playing Victor Kiriakis was 89.

While he was honored in an emotional social media post shared by daughter and Friends actress, Jennifer Aniston, fans are finally getting some answers about when the performer’s run on the soap will officially come to an end. According to TV Line, it has been confirmed that John Aniston will make his final appearance as Victor in the episode airing Monday, December 26. 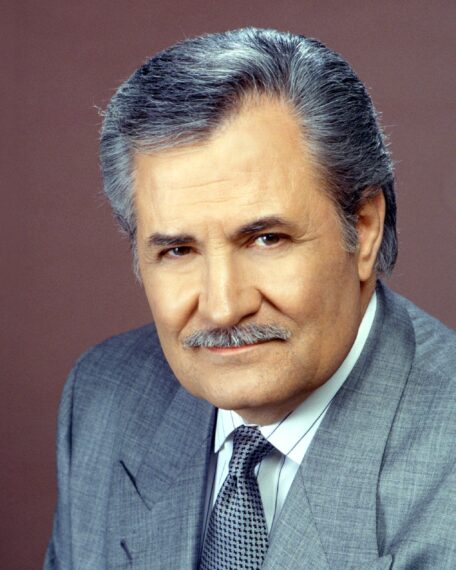 In the world of soaps, this is unsurprising as episodes are filmed far in advance of their airdate. As viewers will recall, Days of Our Lives was an NBC soap before transitioning fully to streaming on Peacock earlier this year. The actor’s tenure with the daytime favorite has been a long one as he began appearing on Days in 1970 and has continued to feature throughout the years.

John Aniston is credited with more than 2,000 episodes of the soap on IMDb and also previously featured in several episodes of Search for Tomorrow, a soap that ran from 1951 to 1986. Already the actor is missed greatly as his daughter wrote, “You were one of the most beautiful humans I ever knew. I am so grateful that you went soaring into the heavens in peace – and without pain.” John Aniston Dies: 'Days of Our Lives' Star and Jennifer Aniston's Father Was 89

In a statement shared with TV Line by Days executive producer Ken Corday, it was said, “It is with a heavy heart that we confirm the passing of one of our own — our beloved and legendary cast member and dear friend, John Aniston. It is truly unimaginable to think he won’t be stepping foot on our set again, but it’s comforting to all of us to know that he is at rest and no longer in pain.”

Of the actor’s character, Corday added, “He, along with our Victor Kiriakis, will forever be in our hearts. Our love and support goes out to his family and all those who knew him.” Stay tuned as John Aniston continues to appear in the soap through Christmas.