‘Interview With the Vampire’ Stars Break Down That Bloody Finale 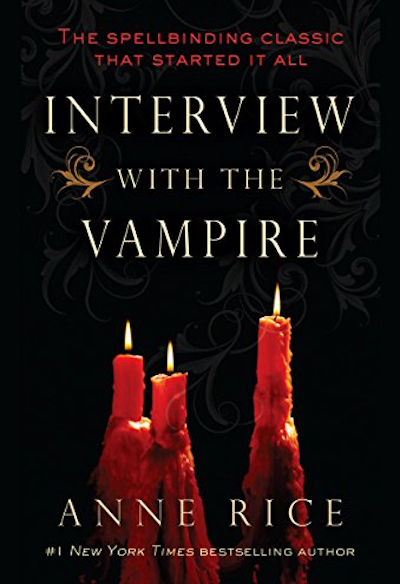 An operatic bloodbath was the main event of the Interview With the Vampire Season 1 finale. As in the book, Louis (Jacob Anderson) and Claudia (Bailey Bass) enacted the plan to kill Lestat (Sam Reid) in Season 1 Episode 7, “The Thing Lay Still.” Their cover: a Mardi Gras ball with the most curious human minds of the New Orleans social scene on the guest list — and menu.

The dysfunctional vampire family treated themselves to a curated selection of humans on which to feast after the party was over, but Claudia had no intention of leaving The Big Easy with Uncle Les. While Lestat knew there was a plan to kill him, he was in the dark that Claudia banked on him finding out. That twist allowed for Claudia to serve Lestat dead blood, poisoning him. Louis put him out of his misery by slitting his throat (Lestat said “I’m happy it was you here with me” as he began). In Dubai, Louis revealed to Daniel (Eric Bogosian) that vampires can be killed via decapitation and burning the body. But notice neither of those things happened to Lestat.

Daniel clocked Louis’s framing of this story as burying the real truth. And while he was right (Louis knew Lestat would survive in the coffin with interior locks and the rats from the dump in which he was left), the journalist did not predict that Rashid (Assad Zaman) was Armand — a vampire hundreds of years Lestat’s senior and the new love of Louis’s immortal life.

In his final monologue, Daniel said Louis had a messed up perception of love. Here, Anderson, Reid, and Bass elaborate on what that means, plus what it was like filming the Mardi Gras bloodbath and more. Jacob, in Daniel’s final monologue, he says Louis has a messed up idea of love. What is Louis’s idea of love to you?

Jacob Anderson: I think it’s a constantly moving, movable feast. I think it evolves in different ways, and I think we’ll continue to explore what his idea of love is. We know he wants it desperately. He wants to be accepted and to be understood. And I think that’s a big part of what love means to me. It’s about somebody else accepting you and you accepting them in all of their multitudes. Maybe Louis didn’t exactly find that in Lestat, but that’s also kind of the premise upon which he first fell for him. This person said, “I see you.” And I think that’s a really important thing for Louis is being seen and understood. But I don’t know if he has particularly healthy ideas about love. As evidenced in the show and in the story. [Laughs]

Sam, same question for Lestat, who I imagine has a very different perspective on it.

Sam Reid: Look, Lestat, one of his whole M.O.s as a character is he falls in love first, and then deals with the repercussions of being a sociopathic monster. How do you interpret love through that lens? And this is the thing, particularly with Louis and Lestat and why they’re similar in a way (and Claudia and all the vampires, really) is that they have to exist in a human society to survive. And they deal with it in different ways.

They have to survive in a world where human convention needs to be followed to some degree, because they survive off eating human beings. Or they can follow an Armand path — you’ll find a bit more about his class of vampires in the books, which don’t necessarily integrate with society.

Louis, Claudia, and Lestat tried to integrate with society in that capacity, and therefore when you’re looking at yourself and “am I a lovable thing,” you’re actually always reflecting yourself against human beings, which are much less monstrous and psychotic. And so how can I ever be a lovable thing? I’m so terrifying. I think the issue they all sort of feel is that “I don’t feel worthy of love. I don’t feel like I can be properly loved for the monster that I am.” That’s the kind of question that particularly Lestat is always dealing with, and the way that he behaves is always a reaction against that. He knows he’s bad, he’s really good at being bad, he’s really good at being and playing a bad, evil vampire. But he wants to be loved, and he loves back. But sometimes if you’re not gonna get love, you may as well take the hate, because they’re pretty close. The season is bookended by these epic bloody scenes where you go full operatic vampire mode. How fun was the Mardi Gras ball massacre to film, and what vampire traits did you have to figure out how to express for it?

Bailey Bass: I had to figure out was how Claudia acts when she’s in this frenzy and really, really wants to drink someone’s blood. I grew up being obsessed with Twilight. In the third movie, Bella cuts her arm, and then [the vampires] turn and look at her. I remember loving that scene as a kid, and it kind of inspired Claudia’s frenzy.

But then more than that, I don’t think people realize how technical it was. All those kills were in different sets throughout the house and on different places of the stage and it all needed to be blocked out. And on top of that, we’re feeling raging emotions. Frenzy is, for at least me playing Claudia, was similar to playing varied depression or playing anger or playing extreme joy. So it was very elevated. Jacob Anderson: I wasn’t there for a lot of it. We started doing Dubai around the same time, so I actually missed a lot of that.

Sam Reid: It was broken up into lots of pieces, that whole sequence, so it was a weird thing to shoot. We shot it over a couple of weeks, and we’d shoot one little piece of each death and one murder. You finish drinking the blood at this point, then you walk up the stairs at a different point, or Louis jumps across the table at this point. It was sporadic and spread out, which kind of felt like we were always covered in blood.

For weeks I would go to work and I would just be covered in blood, sitting around drenched in the f***ing sh**. [Laughs] I became so attached to that costume, I took it home with me. We both have those bloody shirts that I die in. Oh my gosh, I love that. Just have it framed on your wall.

The response to this show has been overwhelmingly positive. How does it feel to be part of one of the most beloved new shows of the year?

Bailey Bass: It’s really exciting. I think I’m overwhelmed by how accepting people were of Claudia, even though we had some changes — you never know how the fans are gonna feel. I’m so happy that the Anne Rice essence of Claudia that was in the books is in the show. A fan made an edit of Claudia throughout the entire season, and I’ve watched it like eight times. I was tearing up because I’m so happy that they love her as much as I do.

Jacob Anderson: I was saying to Sam yesterday that it’s so amazing. You want to be a part of something that people feel strongly about, whatever those feelings are. Whether they’re feelings of disappointment in the characters or they’re just feelings of, I love these characters so much, whatever it is. Just some provoking, strong feeling is, for me anyway, what I want to be a part of in my life. We all love the show so much. We love working on it, and we are fans of the writing and the craft that goes into it outside of ourselves that it’s so great to see that people agree.

Sam Reid: Yeah, ’cause we really didn’t know what we were making. It was such a bizarre shooting experience. It was like we went into this bubble, this cocoon world, and it only feels like we just finished shooting it, really. Then we went straight into Comic-Con, then bits and pieces of it coming out online, and then the show coming out. It feels a little bit like we’re still very much there. It’s been amazing to put it out there and let it exist outside of us as well and just go like, “OK, well, here you go. It’s yours now.” And it’s nice that people like it.