‘Cobra Kai’: Robyn Lively on Her Return to the ‘Karate Kid’ Universe

[Warning: The below contains MAJOR spoilers for Cobra Kai Season 5.]

Cobra Kai is a nostalgia trip for any fan of the Karate Kid film franchise, and so it’s not uncommon for a familiar face to pop in every now and then. In Season 5, one of those familiar faces is Robyn Lively‘s Jessica Andrews, who was last seen in The Karate Kid Part III.

As fans of the franchise will recall, she was a friend of Daniel LaRusso’s (Ralph Macchio) during a time he was dealing with Cobra Kai‘s current antagonist, Terry Silver (Thomas Ian Griffith). Reintroduced in a fun twist, it turns out that Jessica is cousins with Daniel’s wife, Amanda (Courtney Henggeler). When Amanda takes time away from the Valley with her kids as Daniel works through some inner turmoil surrounding his rivalry with Silver, she visits home and her cousin who helps her understand what Daniel’s going through.

Below, Lively opens up about her return as Jessica Andrews, reflects on that bar brawl, shares hopes for a return, and much more. 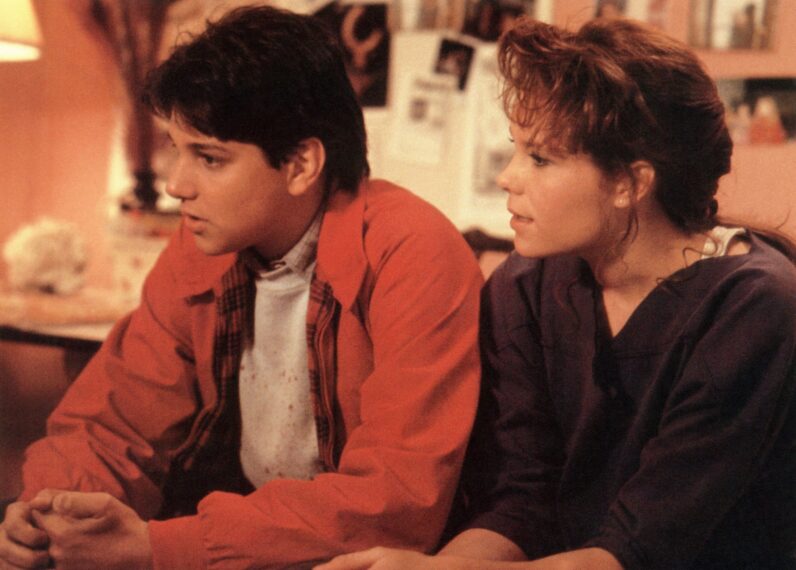 Is this the first time you were approached to return as Jessica Andrews? How was the opportunity presented?

Robyn Lively: I wasn’t given a heads up until they were ready to have me and called. I was, of course, beside myself I was so excited. And when I read how they had introduced Jessica into the Cobra Kai universe and weaved her into the LaRusso family, I was so excited. They could not have come up with a better backstory, in my opinion, it was just ingenious!

Yes, introducing Jessica as Amanda’s cousin also presents the opportunity for a future return in a potential sixth season. What was it like getting to build that cousin bond with Courtney Henggeler?

Courtney was so wonderful and great. The entire cast welcomed me like family, which was such a relief because you don’t know what kind of set you’re going to walk into. The show is such a huge success. Courtney’s lightning in a bottle and we hit it off instantaneously. We were like thick as thieves from the get-go, she’s just so easy to love. Our energy is very similar and I just adored her. Your return was also action-packed with a little bar brawl to boot. What’s so exciting about putting a sequence like that together?

I read it and was cackling out loud because it’s not often that I get roles where I’m in bar fights. I’m not in bar brawls all the time, it’s just not in my wheelhouse. So to be able to do that was so much fun and exciting. I thought it brought such an added element to the show that was so unexpected. I knew the fans were gonna absolutely lose their minds over it. And Mary [Mouser] comes in with her awesome kick.

We rely heavily on the stunt coordinators, the stunt women, they carry the brunt of all of that. They’re the ones that make us look good. It’s all in the physicality of how they fake it. So like when I grabbed one girl, I grabbed her by the hair. So she showed me, she’s like, “just put your hand back here.” And she grabbed my hand, and she did all of the movements and it just made it look really good at the end of the day. The last time fans saw Jessica was in The Karate Kid Part III, and her perspective is important in informing Amanda about Daniel’s past history with Terry Silver. What was it like getting to reunite all these years later?

I did not get to see Sean [Kanan] until the Netflix premiere. Thomas [Ian Griffith] and I saw each other at Ralph [Macchio]’s birthday party. My episode [filmed] at the same time Ralph had his birthday party. So I got to see Thomas and his wife, Mary Page Keller, who’s an actress as well. She and I were in Johnny Kapahala together years ago with Yuji [Okumoto]. So it was just incredible. My first day on set, I was screaming so much. It was a reunion of epic proportions.

If given the opportunity, would you return for more Cobra Kai?

You don’t even need to finish the question. Absolutely! To be a legacy character is such an honor and thrill for me. And to be able to reprise the role of Jessica Andrews on Cobra, Kai, which is such a fantastic show, I was thrilled. I have been so excited to be a part of it. And it’s been the toughest secret for me to sit on for the past year. Without a doubt, the answer is yes, yes, and yes.

They address some of the show's biggest twists yet.

What has it been like to see the fan reactions to your return?

It has honestly surpassed my expectations. I was hoping they were gonna be excited, but the amount of [positive] comments makes me so happy because, of course, you hope that that’s gonna be the response, but you never know. I have to give a lot of credit to the writers and the creators for coming up with such an interesting storyline that no one was expecting. Not even me. And now she can tell Amanda what really went down. She can be a voice of reason. It just felt like such a full-circle moment.