Dorothy Wang gets asked all the time on Instagram why she wasn’t immediately cast on Bling Empire. But Wang’s fans finally got their wish when the billion-dollar heiress and businesswoman joined season 2 of Netflix’s Crazy Rich Asians-meets-reality TV series.

The 34-year-old is no stranger to having cameras follow her life thanks to four seasons (2014-18) on Rich Kids of Beverly Hills. This time around Wang brings that past experience of weaving through the drama while the filming goes on. We caught up with the star about stepping back into the spotlight and keeping it real — even when it might ruffle a few feathers.

What ultimately made you decide to sign on for Bling Empire?

Dorothy Wang: I had my reservations. As outgoing as I am and like being on television, I also enjoy having a peaceful, calm life. Things get a little more chaotic on reality TV, but it comes with the territory. In your normal life, you get to pick and choose who you hang out with and be selective. When you are filming a show you have to mix and mingle with people you wouldn’t necessarily choose to mingle with. During this time I was struggling a lot with these mysterious skin issues and allergic reactions. I didn’t feel my best. I wasn’t looking my best. I didn’t know if I could take on filming and being bright and sparkly and camera-ready. I was nervous about it. At the end of the day, I am a people pleaser, and I said, “Why not?” I always say you have one life to live and one life to “F” it up. Let’s just throw me in the mix and just go for it. What Has Happened With the 'Bling Empire' Cast Since Season 1?

A marriage, a breakup, a ‘Dancing’ queen, a fashion scene: Get up to speed with this ‘Bling’ ring.

What do you think has changed about reality TV since Rich Kids? What did you take from your first experience?

What I’m noticing with this group and experience is that everyone is much more aware. Everyone is much more in their head about things. It’s more about how you’re going to be portrayed. Your image. Everything is much more contrived. Everything is much more thought out and planned out. Now I feel like everyone is playing a long game and it’s more like chess. With Rich Kids, I learned to continue to speak up and stand up for myself. I’ve had [several] years in between and with age, you become stronger, more confident, and a little more secure with yourself. I think I learned to stick up for myself and hold my ground, especially with what I went through in my off time. I just learned to not take bulls***.

Speaking of which, you make no bones about not liking Kane and that you aren’t friends. Jaime tries to bring you two together for lunch that doesn’t go so well.

I feel for me honesty is the best policy. People may say, “It’s so mean you don’t want to go to lunch with him.” Is it mean or just honest? I’m not going to be fake to someone’s face when you don’t vibe with them. I’ve always operated like that. With this particular situation, there were weeks and weeks of the lead-up to this. I know it might come off as jarring, but it was weeks of Kane wanting to do lunch with you. Off-camera it has been years, and I politely declined. Then when filming started the producers were like, “Kane wants to film with you.” This had been going on for weeks. It was all of this buildup of me politely putting up my boundaries. What you see is the breaking point. I feel like I made my point clear many times. I was being pushed and pushed. Jaime became a bigger focal point on the show. Someone you hung out with a good amount. How was filming with her?

I love Jaimie! At first, you think she is reserved and quiet. Then you realize she is reserved and quiet around people she doesn’t like or trust or respect. We hit it off right away because we are very similar. We are nonchalant and don’t try too hard to impress people. Me and her text all the time about Erewhon, clothes, or nails. I think we appreciate that neither of us is trying too hard to impress the other. We have a natural, calm, mutual bond.

What was it like being part of an all-Asian cast?

I think it’s amazing. Whether I love everyone or not, at least there is great visibility. If you watch all the other shows I’ve been on, shows like Rich Kids and Famously Single where I’ve dealt with racial insensitivity on both shows — that was one of the things I didn’t have to worry about on this show from other cast members. It’s nice to come on a show where everyone is coming from the same place and bonding over the nuances of childhood and sharing different stories and coming to the same place and sharing that. At the end of the day, no matter if we love each other or hate each other, we are bringing visibility. We are helping inject a little more acceptance into our community.

How has it been dealing with online trolls?

I just have the little moments where I post about the trolls so maybe people can learn and see it’s not cool to make mean comments. In this society, a lot of times we make it seem like it’s okay. I feel like if I post about it, others might think differently about posting something hurtful. I’m using it as an example. A teachable moment. In the last episode of the season, you’re making the big move from Los Angeles to New York. Are you open to doing more Bling Empire?

From this experience, I didn’t know what to expect. I’m coming into a new group and being introduced to an existing friend group. I didn’t know who I was going to get along with. I actually wasn’t expecting to get along with anyone, so the fact I’m walking away with a few friends is not something I expected. I would definitely be open to showcasing my current life in New York. The move was very chaotic and life-changing for me in many ways. My life is so exciting, so fun. I have the best group of friends. The city is energetic and fun and hip. I’m having the best time there. I would love to have everyone see it with me.

Exactly! Asian Sex and the City with some boys. 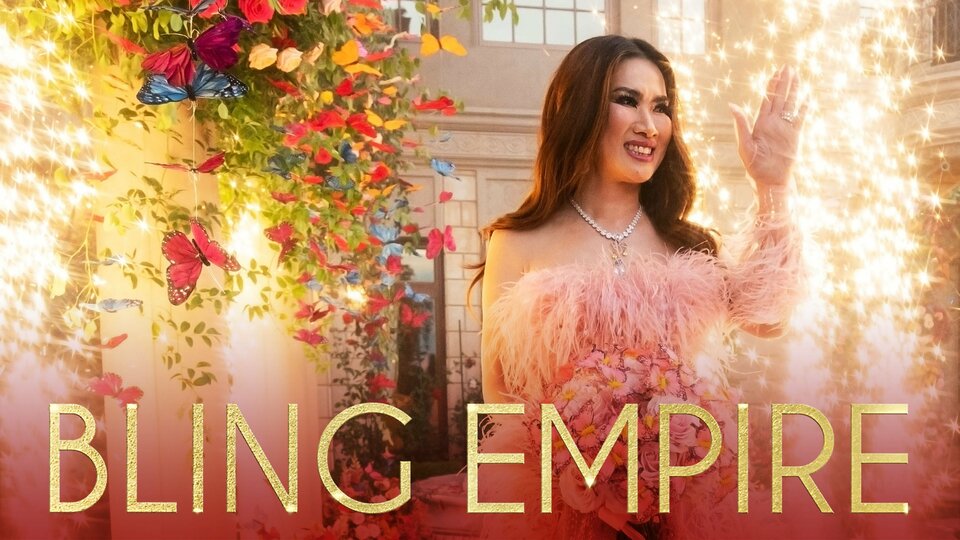 Bling Empire where to stream