The Peyton Manning-hosted game show College Bowl is returning to NBC for a second season and is bringing along a veteran producer to oversee it.

According to The Hollywood Reporter, former Jeopardy! and Wheel of Fortune executive producer Harry Friedman has signed on to be the showrunner for College Bowl when it returns for Season 2 in the 2022-23 season. This marks Friedman’s return to television after retiring in 2020.

College Bowl first aired on the NBC Radio Network in 1953 as College Quiz Bowl and has been adapted into various televised and non-televised competitions over the past 60-plus years. The most recent revival sees 12 teams from different universities answering trivia questions on a number of different subjects. The winning team earns $1 million in scholarship funds.

Friedman became the producer of Wheel of Fortune in 1995 and Jeopardy! in 1997. He ran both shows until 2020, when he stepped down and was replaced by Mike Richards. However, Richards was let go in August 2021 after a backlash arose regarding his past, involving lawsuits he faced for discrimination and insensitive comments he made on a podcast. Richards was also set to replace Alex Trebek as Jeopardy! host before the controversy saw him dropped. 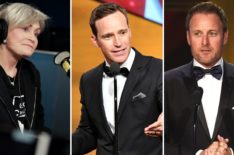 Under Friedman’s guidance, Jeopardy! came to receive the most awards and honors of any syndicated game show in television history. As of 2020, the long-running game show has won a total of 43 Daytime Emmy Awards across various categories. Friedman himself has won 14 Emmys, including a lifetime achievement award.

College Bowl is produced by Village Roadshow Television and Universal Television Alternative Studio. Manning serves as an executive producer on the series alongside his brothers Eli and Cooper via their Omaha Productions. Friedman also exec produces with Richard Reid of Richard Reid Productions and Mark Itkin of Tough Lamb Media.