Who has the upper hand in their scenes, Eve (Sandra Oh) or Helene (Camille Cottin)? It continues to constantly change in Killing Eve Season 4 as they look to cut off the head of the monster that is the Twelve.

Villanelle (Jodie Comer) doesn’t stay behind bars for long following her arrest, thanks to Helene, who enlists her for a new job. So what’s Villanelle going to be up to? Watch an exclusive sneak peek above for a look at her in the March 27 episode.

Meanwhile, Helene arranges another meeting with Eve, who rather than wait, follows her into the bathroom, shaves her leg, and climbs into the tub with her. It’s awkward, it’s uncomfortable, and it’s the most off-their-games we’ve seen the two in a scene together. They then move to the couch to watch a cooking show and have soup, and that’s when Helene drops the “I freed Villanelle” surprise on Eve.

“Do you know what passion is? People think it’s sex, excitement, but the actual definition of passion is to suffer. That’s what it is about Villanelle, isn’t it?” Helene asks. Eve thinks this delights her, but the other woman argues, “I think it delights you. This is what you love.” Eve then kisses Helene … and then is the one to walk away.

Cottin breaks down the episode and teases what’s ahead.

How much of what we see from Helene and Eve — the kiss, the bath scene — is about power and control and how much is it about attraction?

Camille Cottin: I think it’s both, and this is quite funny because we don’t know. I think there’s fascination and each one wants to have from the other what she doesn’t have. I can’t talk for Eve, but I’d say that Helene is attracted by domesticity, even though she can’t respond to it at all, but raising a child, she knows how important it is. And then suddenly the fact that in Episode 2, Eve comes and starts cooking, I think it’s very meaningful, and then they take the bath together and then they watch TV and they drink soup. So there’s something really ordinary and everyday that’s casual and Helene is just filled with the adrenaline of killing and being in control and having the power and moreover her ambition is very strong. She says, I want to cut the head of the monster, too. And so she’s playing with fire and I think that in Eve there’s something that she’s attracted to, which is something that she, first of all, abandoned and that she’s coming back to it probably because of her child.

Looking at that bath scene, what strikes me is the two trying to maintain control of the situation while also being extremely uncomfortable and then Eve pulling a doll out… It seems the most uneasy we’ve seen them around one another.

I really enjoyed it when I discovered the scene, when I read it. I think that normally two women naked in a bath is supposedly, in the collective imagination, something super sexy and everything is well put and the water and the hair and the foam, and actually it’s not. There’s what you project and how it is in reality. Sometimes you have on Instagram, some girls are doing this really funny thing about doing the same thing as the models but doing it in real life. I think there’s something like this about it and it’s just awkward and they’re trying something and it just doesn’t turn out like it should be. And I thought that’s the comedy and that’s the burlesque of Killing Eve that I really enjoy. What do the events of this episode mean for their dynamic going forward?

I think what really happens is when Helene says I released Villanelle, there’s a turning point here and there’s a turning point for Eve and Eve no longer knows if she wants to play. Eve has an objective and a goal, cutting the head off the monster, finding Lars. And so obviously she’s using Helene, but at the same time, you could imagine that she’s enjoying it. But when Helene touches Villanelle and plays with Villanelle, this is something Eve cannot stand. So I think this is where something’s gonna change in their relationship definitely.

Helene frees Villanelle. Why? Just to use her?

Yeah. I think Helene only acts for her own purpose, so even if she says “Oh, by the way, I think this annoys you,” I think she does it because she has something to ask from Villanelle, and she knows Villanelle is the best, but at the same time, normally Helene should be aware that Villanelle is tricky and she is, but Helene’s confidence is what brought her up to there, and this is also what’s gonna create her loss. She has an excessive confidence by trusting Villanelle.

I really liked Helene and Konstantin’s [Kim Bodnia] phone call in this episode. She seemed to enjoy reminding him she’s in control.

Yeah, she’s a total control freak. She loves being in control and she doesn’t want you to mess around with her. So at the beginning she’s just asking Konstantin to do the job. And when he starts threatening her, well, then she knows how to deal with it. 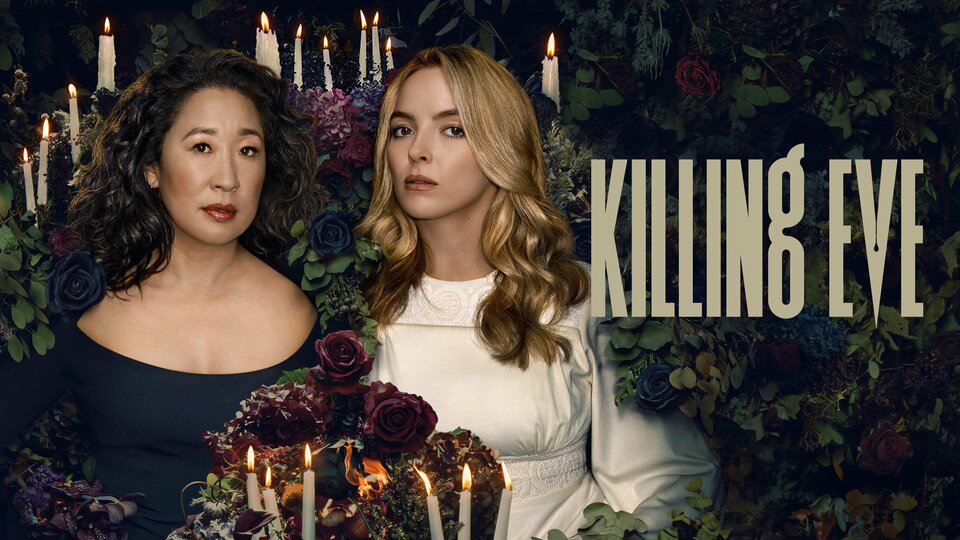