The death of Charles Vega (Derek Webster), husband of paramedic captain Tommy Vega (Gina Torres), on 9-1-1: Lone Star will probably always be up there on a list of the show’s most shocking moments. (His cause of death was an aneurysm; there was nothing she could have done.) And in the latest episode, she gets a bit of closure.

After wondering if flickering lights could be her husband trying to contact her (using their beeper code 1-4-3 for “I love you”) only to find out it was a mouse nibbling on the wiring in the walls, Tommy goes through with a psychic’s suggestion: cook his favorite meal and tell him what she needs to say.

“We miss you a whole hell of a lot and we’re going to be alright,” she begins. “We’re good. And that’s not entirely true. I’m not always good. I lie awake at night, wondering, would things be different if I had just come home just an hour earlier? Did you suffer? Are you still suffering? It kills me, it still kills me, Charles, if you’re here with me, right now, could you give me a sign? Could you make the lights flicker? Please.” Then, to her surprise, when she turns back to the table after walking away, the candles she blew out are lit again.

Torres takes us inside Tommy’s grief.

Candles can re-light themselves. But what is Tommy taking that happening here to mean? A sign she needed to see, if not necessarily from Charles?

Gina Torres: She went through the trouble of making steak to get a kind of closure for herself. Clearly this is a woman who, it’s still fresh, it’s so hard to lose the person you believe to be the love of your life. And so the mourning process, I have no doubt, has been challenging for Tommy, who’s used to having all the answers. So I think it was important to not just give Tommy a moment to close the circle on it and even maybe permission to move on, but it’s also important for the audience to have that as well. We did such a beautiful job. The writers did such a beautiful job of creating and showcasing this lovely marriage and relationship between Charles and Tommy, and so it deserved an equally poignant burial, if you will. Tommy talking to “Charles” was heartbreaking, especially hearing her voice that she’s wondering if things would be different if she’d come home earlier that night. Is that something that’s always going to weigh on her? Did that dinner lift that burden a bit?

I think because that’s her profession, there will always be that. I think there’s always the “what if?” The hope is that the “what if?” gets smaller and more quiet over the years as time goes and that you surrender to what was, but yeah, I think there is a part of her that maybe doesn’t blame herself but wishes it could be different,

Did Tommy need a night to herself just as much as she needed to tell her husband how she was feeling? She has a lot going on — now a single mother, her work…

I think that’s valid. I believe that it’s both good and bad that she’s so busy. She doesn’t have to feel. She can run the kids around. She can do the housework. She can cook a meal. She can go to work, which, God knows, takes a lot of time and a lot of emotional space to do. So what does she do when the house is actually quiet? She thinks about Charles. But this gave her the space, this night gave her the time to mourn in the way that I think she needed to mourn so that she can put something to rest. She can move on to the next level of what her life might be. 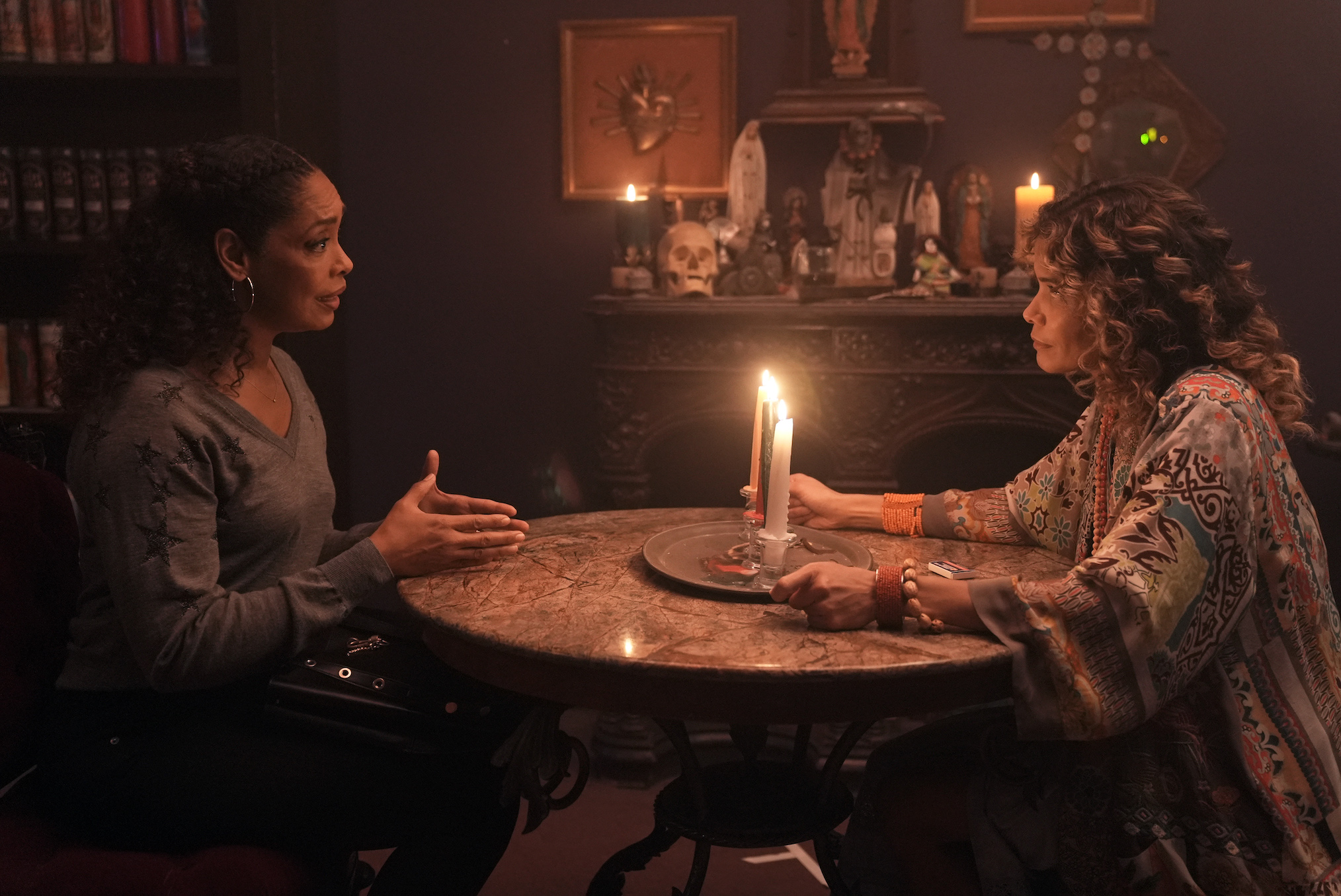 After seeing Tommy being there for Owen and Judd this season, it struck me that we didn’t see Tommy talking to anyone in her life about what was going on in this episode. Will we see her leaning on anyone going forward or will it just be that grief support group?

There is the grief group. And we’re a family, the 126 is a family. We’ve established that, and so that does not change.

You brought up Tommy moving on and it has been 10 months since Charles died, but is she even thinking about one day finding someone else? Is that something that we might see addressed?

I have no idea. I think it’s something that is inevitable. I don’t have a timeline on it, but it was a big love and it deserves as much time as it needs.

I have to say that call with the roundworms was definitely hard to watch. Is that up there on the list of memorable calls so far on this show?

Oh, yeah. [Laughs] Oh, yeah. That one was hard to shoot. That one was, yeah, equal parts giggles and horror, like, “We get to do this for a living guys. This is what we do.” The logline for the episode after this one teases Owen clashing with the police sergeant who is played by Neal McDonough. So how much of an on onscreen Suits reunion are we getting?

Oh, I always love running into Neal McDonough. He’s such a good time. Such a great actor, such a consummate professional. Unfortunately, we never really seem to be on the same side of things. [Laughs] We get to spend some time together.

Also in that episode, the police and fire rescue settle the score on the softball field. So how is Tommy on the field?

You’ll just have to wait and find out. It was a good time. We got to play for a couple of days.

What else is coming up for Tommy?

There are some pretty epic saves coming up. It’s good to see everyone back at the 126. It was so strange seeing that separation at the beginning of the season.

The ice storm episodes were hard. Those were pretty challenging ’cause we shot them in the middle of a heat wave, so we’re all wearing parkas and beanies and snow pants in 95 degree weather. So it was just even more amazing to sort of ride up to set and see a blanket of snow and see this winter wonderland that had been created. But I was truly amazed when I saw the end product. It’s why I love what I do. I’m always impressed and surprised, but especially when everybody gets to come and play, FX is on it, the crew is on it. Props is on it. It’s just a joy to see everyone’s creativity and artwork come together.

'This is a fresh take on a healthy couple doing the right thing in the face of a real challenge,' Parrack says of Judd and Grace.

Yes. That was a very teary day, especially that baby. Oh my God. That baby’s so darn cute.

And then the name — Charlie!

I think it was an honor. I think she just saw it as they didn’t have to do that, but yes, Charles holds that place in their lives as well. So I think that was a beautiful homage to him and his character.

What would your dream crossover with 9-1-1 be for Tommy?

It would have to include Aisha Hinds and Angela Bassett and Peter Krause ’cause Peter and I, that’s another reunion. We had such a blast working on The Catch together. It would be great to have our characters find each other.