‘1883’: LaMonica Garrett on Thomas & Noemi’s Relationship, Plus a ‘More Action-Driven Show’ Ahead

[Warning: The below contains MAJOR spoilers for 1883 Episode 6 “Boring the Devil.”]

Soon after heartbreak struck for Elsa Dutton (Isabel May) — Ennis (Eric Nelsen) was killed just as they were talking about their future together — Civil War vet and former slave Thomas (LaMonica Garrett) may have found his own bright light in the dark world of 1883.

More importantly, he’s letting it be part of his life, after pushing Noemi (Gratiela Brancusi) away, until he brought her back a nice mirror from a trading post and the two shared a sweet moment by the campfire.

“This relationship that Thomas is embarking on, this type of story arc for a Black cowboy in television westerns in the past wasn’t available. It just didn’t happen, a full 360 character,” Garrett tells TV Insider. “Thomas is saving women and children and men from the river crossing, he’s swimming across, he’s shooting out bandits. He gets the girl. That was a huge point in the scripts. When I saw that, I was like, ‘wow, I really like this character.’ And I think more and more as the season goes on, there will be things that make you smile about Thomas, about his moral code and his compass of how he goes through life.”

Garrett opens up about Thomas’ softer side and teases the journey still to come.

Thomas was holding back until this episode, but then he and Noemi have those moments by the fire and the next morning. Why does he take those steps then?

LaMonica Garrett: The more that Thomas is with Noemi, he feels he’s found someone — Shea [Sam Elliott] sees Thomas in this world where he’s this big, physical presence, but he’s unseen. A Black man in the 1800s, you could go through life and just no one really see you, who you are as a person. He’s starting to find that Noemi sees him and the more he gets closer to her children and the more they have these campfire talks, he’s just become more open to it, even though it’ll be a challenge. Also [there’s] a kind of reluctance because we’re on this trail, I have a job. If Thomas has something where he’s more worried about Noemi and the children than he is the overall job and protection of everyone else, he doesn’t need any more liabilities. He just needs to focus on his work and bandits coming in, river crossings. But at some point, the heart wants what the heart wants, and he’s okay with it. How much more are we going to see that softer side of him?

You’re gonna see more of it, and in this series, the thing that jumped out at me was the men start out gruff and edgy and a little harder and the women start out softer, coming from their traditions. They’re just how women back in that time are supposed to be. Margaret’s [Faith Hill] niece told her, a woman doesn’t drink coffee. It’s just taboo. And over the course of time, the women become stronger and harder and gruff, grabbing shotguns. Margaret went from sipping coffee to shooting bandits off their horses. And Elsa went from playing around in the water and backstroking in the river to grabbing a pistol and shooting point blank the person that killed her boyfriend. There’s a switch in the dynamics of the men and women on the show, but it’s interesting and it’s something that we haven’t seen in the genre.

The relationships are so much sweeter because they’re the brightness in this dark world for them.

In this dark world, there’s not a lot to grasp as far as hope and light and things that are going well. It seems like each day gets worse and worse, so when you have these sparks, these relationships, these happy moments, you try to embrace ’em ’cause there’s not many of them.

We just saw that happen with Ennis.

Yeah, that world, if you get too happy, then something’s gonna happen to you. It’s unfortunate, but that’s the life of the trail. Elsa’s learning that the land won’t love her back and none of us, as much as we love the land, the land won’t love us back. It’s a harsh world and we just have to find the beauty where we find it. Is Thomas thinking that his own relationship can’t end any way but tragically?

Out of all the people in this group, Thomas had it the hardest as far as being in this time period as a Black man. He’s seen the worst of mankind and he still has this hope. He’s the soul of the show. He’s the humanity of the show. He still has this hope in these children that will grow up to be something that might change the world. Even though the outlook around him and everything around him in this world is telling him that it’s a lost cause, it’s just a harsh environment and nothing good’s ever gonna happen, he still has that, despite all the stuff he’s seen. So him starting a relationship with Noemi, I think he knows more than anyone where this could end up, but you put your best foot forward and you hope for the best.

That made me think of the conversation he has with Shea about how the unknown isn’t scary once you’ve been whipped.

Yeah, he goes to sleep to escape the nightmares of the reality of day-to-day life in this world. He knows more than anyone how harsh this world to be. He’s seen his brothers die in civil war, grew up as a slave. But he chooses to look for a brighter day instead of letting the environment or the moments dictate his energy. He refuses to let these tough times in this harsh environment affect him in ways that it has affected others. What made Thomas buy Noemi that mirror? Because he gives her an awkward explanation.

Yeah, as comfortable as he is on a horse and with a gun and handling himself and knowing the terrain, he’s awkward with women. He’s not a wordsmith, he’s not a smooth talker. But if he just feels like it’s something that she would like without knowing why, I do that sometimes with my wife and she’s like, “What is this for?” “I don’t know. I thought you’d like it, you bought those shoes and they kind of match.” You want to do something nice. You just don’t have the words to describe it. That mirror was just something that caught his eye. He said it’s pretty, and it was pretty, but the explanation for it was a little awkward. And I think that’s funny, coming from Thomas.

Talk about Thomas and Shea’s loyalty and trust in each other.

Thomas and Shea fought together in the war. They’ve been on this trek together. They’re brothers in arms and even if after the war, they go their separate ways, soldiers that fought together always have that brotherhood. But Thomas and Shea didn’t just fight together in the war. They stayed together and joined the Pinkerton Agency together, and they’ve been doing all these little odd jobs together. They just know each other, they understand each other. A lot is said in silence. When they’re around these campfires, just having their little talks, sometimes not a lot is said, but to me, everything is being said, because that says more about a relationship. If you could sit in silence with someone and not say anything, there’s more said in that than there is with a bunch of talking heads, just waiting for you to be quiet so I can hurry up and get my words in. That just shows with how they know each other, the right hand knows what the left is doing. That all starts with the writing with Taylor [Sheridan]. The script’s a masterpiece and me and Sam just showed up and tried to do our best to bring that to light. You can really tell the history and trust they have from their first scene.

Yes. They trust each other with their lives, and they’re loyal to each other, and they know about each other. They don’t know everything about each other. In this time, it’s not so much I need to bleed my heart out and tell you everything that’s going on. The men in this time, when you decide to open up about certain things, then you listen, but it’s not like I have to pry to get information out of you. Like how Thomas said, “I hope one of their kids has a kid and that kid grows up to be something.” And later on, Shea tells him, “My daughter was one of those kids.” It comes out with minimal words and Shea telling Thomas that, that says a mouthful without saying a whole bunch of where his heart and where his head’s at.

They’re embarking on another river crossing. What can you tease about how this one will go?

The first five episodes were setting up the world, setting up the characters, setting up the environment. Most of that was preparing for the journey, but now we’re smack dab in the journey, [which is] where the action turns up. So not just the river crossing, but in general, it’s gonna be a faster paced show than we’ve seen. It’s still gonna be slow and the scenes are gonna be able to breathe and you’re gonna have your moments. It’s gonna be a more action-driven show, but still have these moments. They’re fusing together from this point on. '1883': Eric Nelsen Says That Ennis Shocker Is an 'Arc-Changing Moment for Elsa'

The star also details which part of Episode 5 was a turning moment for Ennis and James.

What does Thomas think of the Duttons at this point?

He might have looked at them one way in the beginning and especially James, his reluctance to help the group, everything is about the group. As you go further, we all lean on each other more and more, so how he might have looked at James and the Duttons in the beginning, as time goes by, he knows that he needs them and it’s just like, you’re in the war again, it’s you guys against the world. So they grow closer as time goes on. 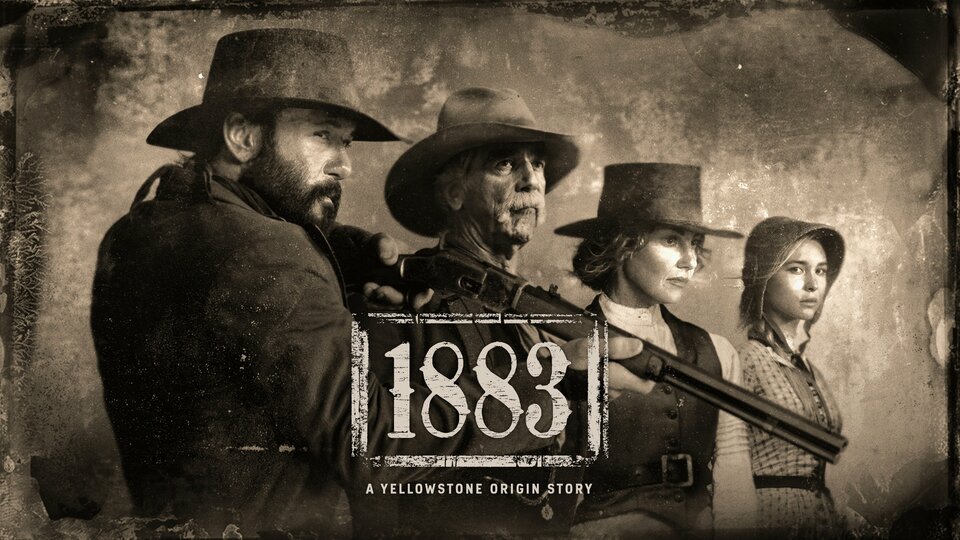