Jimmy Buffett is back on a CBS procedural drama in 2022.

TV Insider has learned exclusively that Buffett will be guest starring as himself in the January 14 episode of Blue Bloods. (The singer-songwriter previously appeared on seven episodes of Hawaii Five-0.) We also have a first look at his appearance in the photos above and below.

So what brings Buffett into the world of the CBS procedural? In “On the Arm,” Detective Danny Reagan (Donnie Wahlberg) and his partner, Detective Maria Baez (Marisa Ramirez), pursue a con artist, Dickie Delaney (also played by Buffett), posing as Jimmy Buffett after Danny picks up his tab at a local bar. Scroll down for a look at Buffett with Danny.

Also in this episode (the second of 2022), Commissioner Frank Reagan (Tom Selleck) and his officer work to find the reasoning behind a captain taking items from local stores, and an anonymous blog makes Erin Reagan (Bridget Moynahan) question her reputation. Plus, Sergeant Jamie Reagan’s (Will Estes) introduction of a decade-old saluting rule in the precinct causes a strain on his relationship with his wife, Officer Eddie Janko (Vanessa Ray). 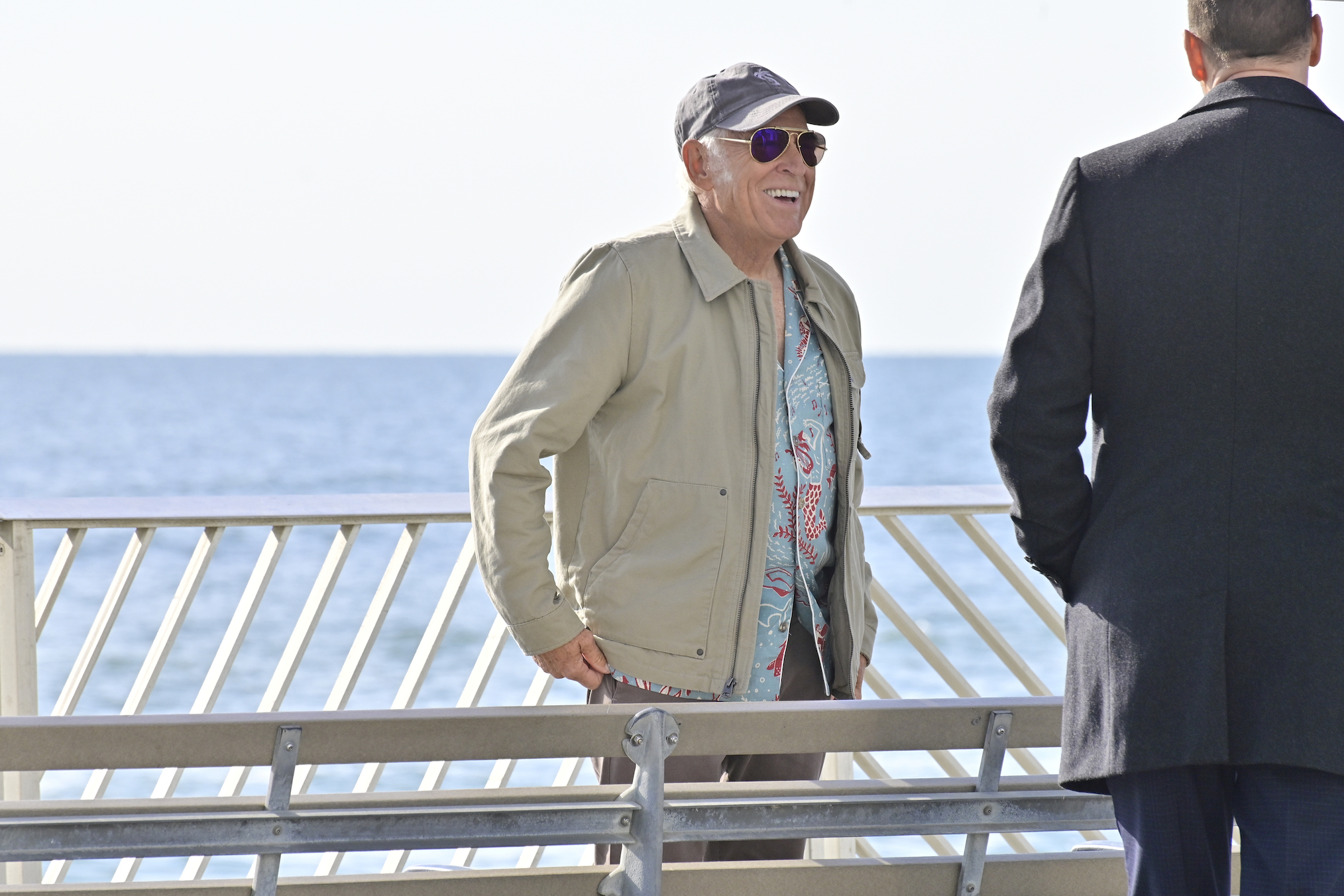 Blue Bloods is currently on break until the January 7 episode, “Old Friends,” which features the return of Lyle Lovett as Texas Ranger Major Waylon Gates. (He first appeared in Season 10’s “Fog of War.”) Danny partners up with him again to find an illegal drug shipment arriving in New York City before the narcotics flood the streets. Also, Jamie makes a concerning discovery about a former mentor as he helps a neighbor handle a gambling debt, and Frank gets pushback from Mayor Chase (Dylan Walsh) about how he handles a brawl between demonstrators and police officers at a protest.