‘DWTS’ Pros Weigh In on the Judges’ Save — Does the Vote Need to Get the Boot?

Dancing With the Stars judges Carrie Ann Inaba, Len Goodman, Derek Hough, and Bruno Tonioli aren’t always in unison with their scoring. However, the four reality show adjudicators likely all agree that the “judges’ save,” which allows them to decide which dance couple in the bottom two gets to stay on in the competition is more often than not an extremely difficult decision — especially in this highly competitive Season 30.

The judges being allowed to choose which couple to save was implemented in Season 28, presumably to allow more talented dance couples to dance the following week. Without naming names, there have been a handful of celebrities who have “waltzed” their way to the finals over the years by garnering massive amounts of viewer votes and not necessarily by showcasing their ability to jive and tango.

In this season’s Semi-Finals on November 15, the judges opted unanimously to save Amanda Kloots (The Talk) and pro Alan Bersten over Olympic gold medalist Suni Lee and pro Sasha Farber. TV Insider was among the outlets who chatted with the Season 30 contenders and asked them how they feel about the judges’ save vote.

Jenna Johnson Chmerkovskiy, who is headed to the finals with YouTube star/singer JoJo Siwa, says she fully understands why the judges are torn having to make a choice. “It hasn’t been their favorite [thing to do] because they’re choosing between two really great dance [couples],” Johnson said. As a pro who believes in her star partner, Johnson is glad that the rule is there. “When we were in the bottom two, I really appreciated the saving rule.”

While Melora Hardin (The Office) and Artem Chigvintsev benefited from the rule earlier in the season, they were ineligible to be saved last night as they were the lowest-scoring duo in terms of votes and points. “It’s interesting,” Chigvintsev offers, “because I feel that, in the beginning of the season, the judges were scoring people individually — how they’d done for themselves. Carrie Ann said we’re comparing you to your last dance. But that changed through the season especially in the Semi-Finals… they’re comparing us to other people.” 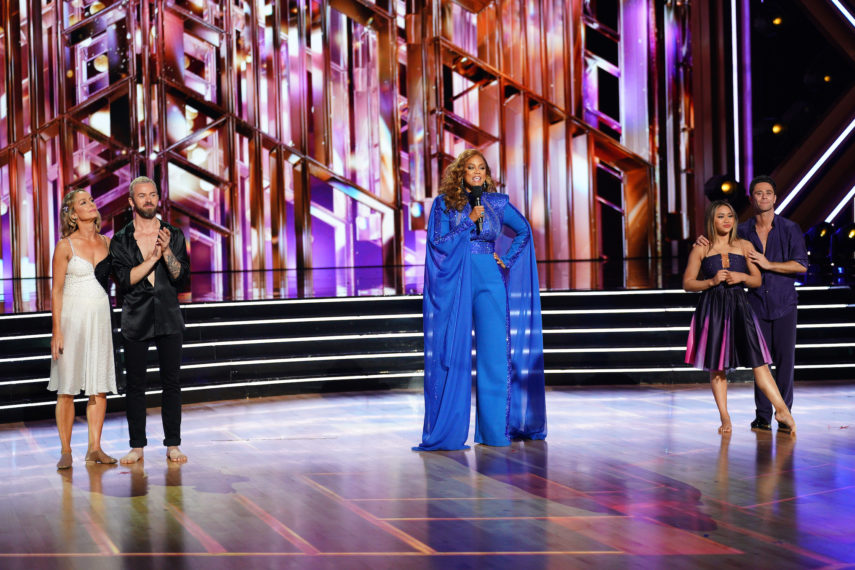 Lee and Farber were sent home and while it’s possible that they had more votes, Farber objectively feels the judges’ save is an important part of the show. “I definitely think it’s needed,” he says. Sometimes, [they] save a couple that they think isn’t getting the votes.”

Farber notes that the most important thing about being on DWTS is to show growth. “You can’t push someone [into this show] and just expect them to trust you,” the pro notes. “Suni opened up and blossomed. I feel like I’ve literally won a Mirror Ball with Suni because of her ability to trust.” Did the Right Couples Make It Into the 'DWTS' Season 30 Finale? (POLL)

While Bersten and Kloots benefited from the judges’ call in the Semi-Finals, Bersten says objectively that it’s a good element to keep. “The judges can look at the whole season and look at consistency and overall performance,” he says. “It gives them a chance to get one last save in because anything can happen with the votes. The judges know best.”

Two-time mirror ball champion Cheryl Burke, who’s headed into the finals for the first time since Season 17 with Peloton instructor Cody Rigsby, says that the judges’ save is important – however, the show could consider tweaking the game-changing policy. “Maybe they should stop [after] the first half of the competition,” Burke offers. “They can do it and then, may be not do it after the second half and make it just about the scores and the votes.”