Netflix is pushing the boundaries of outer space with a team of genetically enhanced canines in its forthcoming animated comedy Dogs in Space.

In an exclusive first look at the show created by Jeremiah Cortez, viewers get a taste of what their main mission is, to find a planet that will save humanity in order for them to return home to their beloved owners. Set in a not-so-distant future, the show explores the dogs’ encounters with others beyond Earth and one such meeting is happening in the sneak peek clip, above. “Our planet’s dying and we need somewhere to live, pronto,” Garbage tells a big green blob (voiced by Bobby Moynihan) as they get acquainted on a new planet. “Oh no,” the blob says, acknowledging the severity of the situation. The series based on the beloved children's book sets November premiere date.

“But we’re not sure this planet is right for them, so… okay, bye!” Nomi says with evident disgust before running away. Unaware that she’s grossed out, the blob goes to stop her, getting the pooch covered in slime. As the blob continues to chatter, the dogs will learn about their loneliness and try to help the blob understand it.

This is just a taste of what viewers can expect from the sweet and inventive new series that takes these dogs to spaces beyond our world. Check out the full clip, above, and don’t miss Dogs in Space when the show arrives on Netflix later this month. 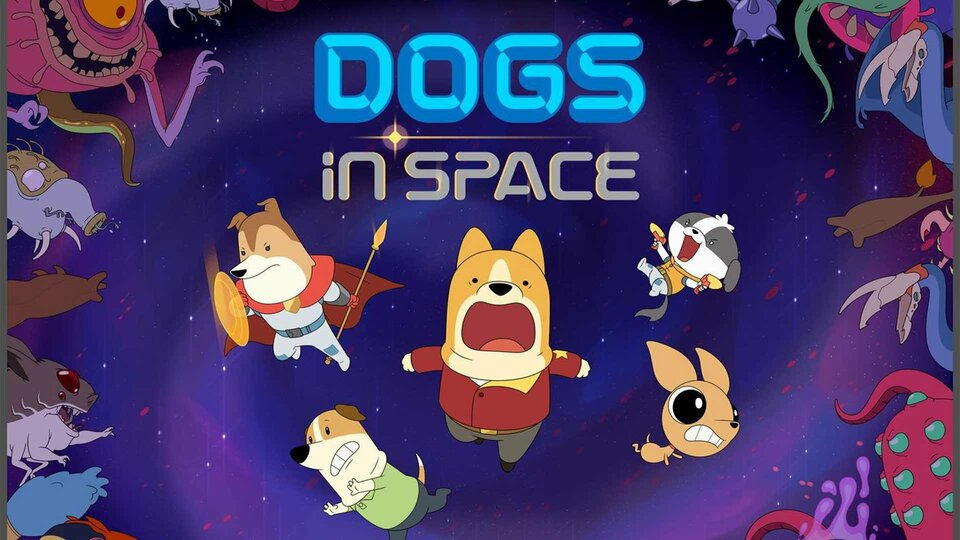 Dogs in Space where to stream