‘4400’: Joseph David-Jones on Jharrel Breaking the Rules, His Brother & More

[Warning: The below contains MAJOR spoilers for the 4400 series premiere “Past Is Prologue.”]

Jharrel (Joseph David-Jones) isn’t just a social worker trying to help the 4400 people who have vanished over the last century and reappeared in 2021. He also possibly has a personal connection to one of them.

As the 4400 series premiere reveals, his brother, Manny, is missing, and he’s hoping that he’s one of the refugees. But he hasn’t received word yet about him by the end of the premiere. Keisha (Ireon Roach), the corrections officer he’s partnered with, however, has, from one of the 4400. Hayden (AMARR) tells her to “tell Jharrel that Manny’s alright and that he’s sorry for everything.”

David-Jones talks to TV Insider about that message, the brothers’ relationship, and more.

Does Keisha pass along that message?

Joseph David-Jones: No, she doesn’t. She’s the worst person ever. It’s funny. We were actually joking about that because there are so many scenes where people are like, “Keisha, you have to do this.” And then the next episode, she’s just actively not doing that. But no, we don’t find out anything about what’s going on with Manny or anything in the first bulk of episodes. It’s a mystery that they’re bread-crumbing throughout this entire season, but it is going to play a heavy factor in what happens in the show.

Even though he doesn’t know yet, what would hearing that message mean for Jharrel?

It would mean hope because he’s been in the dark for so long trying to find his brother for close to a year now and with nothing to go off of, no breadcrumbs. Nobody has cared about his missing brother, which in itself is indicative of how people see marginalized individuals. Someone being missing in our community doesn’t mean as much as, say, another community. So he’s been living with all of that and been alone. So having even a shred of hope, like we saw in this with those 4400 missing people returning, that he could have his brother within that, was enough to spark everything that you saw in that episode and his character. Should we take this to mean that Manny is one of the 4400? Or is this just Hayden’s ability?

We don’t know. They’re rolling out what people’s abilities are slowly. And a lot of them don’t even know the full extent of what their abilities can do. We don’t know if Manny is actually a part of the 4400 at all.

How would you describe the siblings’ relationship? The premiere begins showing the abilities the 4400 have, and they’re already protecting themselves from the government officials. But it seems that Jharrel could be someone who helps them with that, right? Because we see how much he cares about the people.

Yes. That’s exactly who Jharrel is and what his role is on this show. He’s trying extremely hard to navigate this system that is trying to detain these people until they can figure out whether they’re a threat or what all happened to them. But they’re not looking at them as people. They’re looking at them as like a problem to be solved. Jharrel’s biggest thing is to come in there and try to bring the people element into it.

But he’s already getting in trouble a bit for not following the rules.

[Laughs] That is not going to change.

How bad is it going to get?

His position and job with the government is going to be put on the line multiple times through the season. It’s hard to do the right thing in a system where you’re not really encouraged to. And he’s working with Keisha, who is the complete opposite of him. What are we going to see from those two going forward?

There is a little bit of a seeing the other side for both of them going through the season. They both have really good arcs being partnered with one another.

So far we’ve seen Jharrel help Shanice. Is she the one of the 4400 he’ll most be interacting with? Will it be Hayden when he does eventually hear about this message?

He is actively trying to help all of them. You see him interact in different ways with each one of the members of the 4400 throughout the series. The pilot just happened to be Shanice’s story. But in telling her story, you see who Jharrel is, you see who Keisha is, you see all of this.

Talk about the other people in Jharrel’s life. He calls a friend or a coworker when he was looking for Manny. Who else are we going to meet in his life?

You will meet people from Jharrel’s past. Through each one of them, you’ll see a bit of who he was before losing Manny and then what he lost when he lost his brother and became obsessed with trying to figure out what happened to him. How would finding Manny at this point change him?

I think it would just reinstill all the faith that he has in himself about the time he spent looking for him because at a certain point when you’re the only one looking for something or believing in something, you start to feel crazy. No one caring or believing him for so long has almost made him feel that way. Finding Manny again would probably justify or help him rationalize the year of his life that he spent and the things that he lost in trying to find him and never giving up.

I think he feels like they were kidnapped or something because his brother went missing a year ago. There’s nothing supernatural about a missing person for a year coming back and looking at the same. I don’t think he believes anything supernatural is going on in the first couple of episodes, but he does believe that these people are just like his brother and they all got caught up in some crazy situation. And now they’re here trying to find their families and trying to piece together what they lost. What else can you preview about what’s coming up?

So is Jharrel going to be in the middle of a love triangle?

He’s in the makings of one, I will say that. We’re still filming right now. And the makings of a triangle is forming in a couple of different relationships. 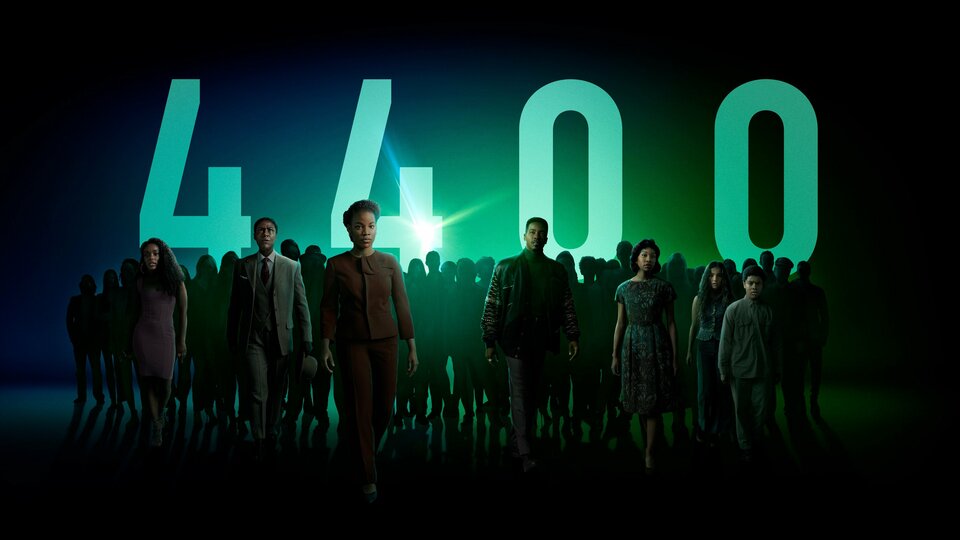