‘Only Murders in the Building’ Theory: Did Jan Kill Tim Kono?

With only one episode to go until the truth about Tim Kono’s (Julian Cihi) murder is revealed, Episode 9 of Only Murders in the Building unveiled the investigation’s biggest suspect to date.

While searching through Tim’s belongings for any missed clues, Mabel (Selena Gomez) and Oliver (Martin Short) found a bassoon cleaner among his box of sex toys, implying that Jan (Amy Ryan) and Tim had some sort of secret relationship. On top of that, Charles (Steve Martin) discovered she had lied to him about being the first chair at her concert that evening, cementing to him that she can’t be trusted.

These new revelations about Jan’s character put her at the top of the suspect list, but is she really a cold-hearted killer? Below, we’re looking at the reasons why Jan both is and isn’t Tim’s killer, as well as why more than one person may be responsible for his demise.

Why She Is the Killer 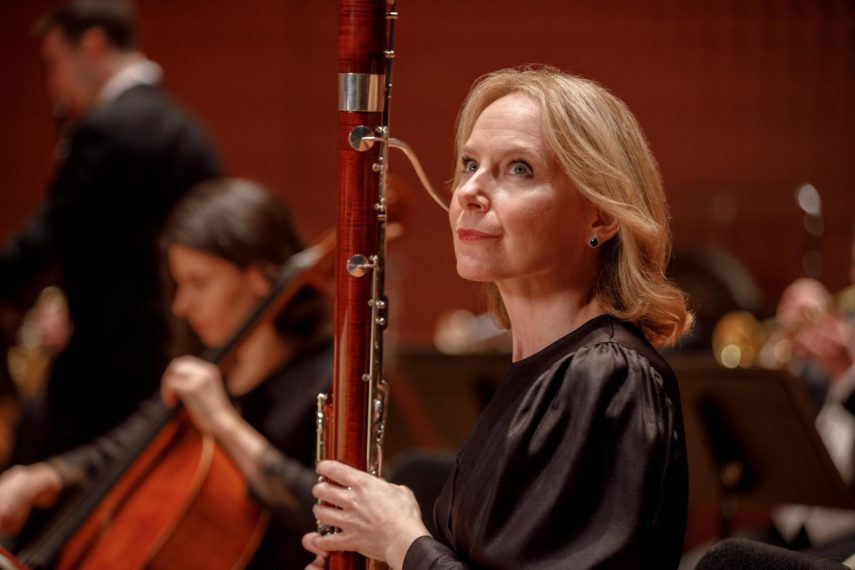 The discovery of Jan’s bassoon cleaner with Tim’s items aligns perfectly with Saz’s (Jane Lynch) theory that Tim had romantic company over the night he died. “You find the person in love with Tim, you’ve found your murderer,” she told the group while looking over their findings. The evidence against Jan adds up nicely. While that may seem obvious, maybe that’s the point.

In Episode 8, she joined the group as they attempted to wrap up the podcast after being threatened by Teddy (Nathan Lane). After being kicked out for unhelpful advice, Charles later found her stabbed on the floor of her apartment, presumably as another of the killer’s warning attacks against the group. If Jan truly is Tim’s killer, she probably grew close to Charles after the release of the podcast to earn his trust and divert any suspicion away from herself. Knowing Tim’s initial cause of death was poison, she kept pushing Howard (Michael Cyril Creighton) as a suspect, claiming he wanted to poison Tim as revenge for the poisoning of his cat. To top it off, she stabbed herself so it would appear she’d been attacked in the same manner as Oliver’s dog, knowing that the group would never assume she’d hurt herself.

Why She Isn’t the Killer The main thing missing from fingering Jan as the killer is a motive. Even if she were Tim’s secret lover, we don’t know what happened between them that would cause her to take lethal action against him. Maybe her romantic connection with Charles was real from the start, and she joined the group’s investigation to find out what happened to her former romantic partner. Just as Mabel kept her friendship with Tim a secret from the group, Jan could be doing the same thing, as she wouldn’t want to ruin her new relationship. As for lying to Charles about the concert, perhaps she was the orchestra’s first-chair bassoon player but was taken out of the role due to her injury. She lied to Charles out of shame over losing her prestigious position, not wanting him to think less of her. In the end, she could just be another innocent victim in the group’s search for the truth.

Is There More Than One Killer? Saz stated in Episode 9 that Tim’s murder was a crime of passion, so Jan may not have been the only one with a desire to see him dead. In Episode 8, the toxicology report revealed that Tim had died from poison before being shot. With two causes of death, two or more people could be to blame.

Teddy and Theo Dimas (James Caverly) already have a strong motive. Tim was the only person who knew Theo was responsible for Zoe’s (Olivia Reis) death, and Teddy threatened to kill him if he told the truth. As payback, Tim was secretly trying to take down their illegal grave-robbing business. The father and son duo could have found out about this and decided to take action. We know they were spottedon security camera footage outside the apartment building before Tim was shot, so they could have slipped into Tim’s apartment with poison before the second murderer arrived. 'Only Murders in the Building' Theory: Who Was the Body in Episode 1?

Based on that theory, that would put Jan responsible for shooting Tim. If she arrived at his apartment to kill him, she may not have known he was dead before taking the shot. So while she may not have actually ended his life, she definitely had intent.

Until the season finale on Tuesday, October 19, fans will have to wait to see how the complicated mystery comes to an end!

Only Murders in the Building, Tuesdays, Hulu