There is a war of words going down between the stars of The History Channel’s American Pickers.

Back in July, Mike Wolfe commented on his co-star Frank Fritz’s departure from the series, writing on Instagram that he would “miss” him. Fritz, however, has taken exception to Wolfe’s comments, claiming that his former on-screen partner is a liar and hasn’t called him in two years.

“I have known Frank for as long as I can remember, he’s been like a brother to me,” Wolfe wrote earlier this year. “The journey that Frank, Dani (Danielle), and I started back in 2009, like all of life, has come with its highs and lows, blessings and challenges, but it has also been the most rewarding. I will miss Frank, just like all of you, and I pray for the very best and all good things for him on the next part of his journey.” The History Channel has yet to confirm if Fritz has officially been let go from the show, but he does not appear in the latest season and his future remains up in the air.

Speaking to The Sun this week, Fritz said, “Mike’s statement was bulls***, somebody wrote it out for him.” He continued: “We were never friends in grade school. I don’t believe in 10 years he’s said five nice things to me, you know? Unless he was cutting somebody else down and we were both laughing.”

Fritz served as the co-host on American Pickers since it launched in 2010 but hasn’t appeared in a new episode since March 2020. He didn’t return to the show when production resume after a pandemic-imposed shutdown, previously claiming he was recovering from back surgery.

“Mike didn’t call me himself, never, like I said – we haven’t spoken for two years,” he added. “That is the 100% truth and I don’t like people that lie to people. I’m not a liar just for the fact that my brain can’t remember if I lied or not. I don’t lie to people, even if it hurts. If it hurts your feelings, I’m sorry. If you don’t like me anymore that’s your problem.” 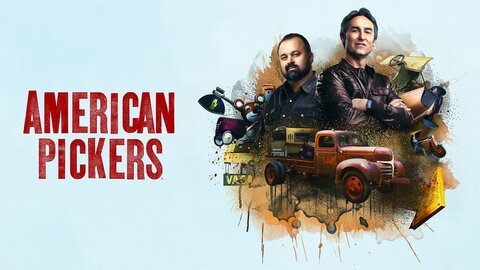