3 Essential ‘All in the Family’ Episodes to Stream Right Now

“I didn’t have an idea that I was going to break a mold,” Norman Lear, the All in the Family’s creator, told TV Guide Magazine last year. But that’s what he did in 1971 when viewers met bigoted working-class New Yorker Archie Bunker (Carroll O’Connor with Jean Stapleton, Sally Struthers, and Rob Reiner, above).

The 1971–79 series tackled taboo topics like racism with a healthy dose of humor, captivating millions. For the first time, the entire series is streaming on Prime’s free IMDb TV channel (along with other Lear hits; see right), and while every episode is worth a watch, here are a few of our favorites. 'All in the Family,' 'Good Times,' and more are heading to the streaming platforms.

Aired with a disclaimer by CBS warning viewers of the show’s content, the debut features the 22nd wedding anniversary of Archie and his simple but loving wife Edith (Stapleton). The ensuing shouting match between Archie and his daughter’s (Struthers) liberal husband, Michael (Reiner), aka “Meathead,” sets the tone.

The Bunker patriarch’s prejudices are on display when Sammy Davis Jr. (playing himself) leaves his briefcase in the back of Archie’s cab and comes to retrieve it. Davis plants a surprise kiss on Archie’s cheek, making this an instant classic. On the day of her milestone party, Edith outsmarts a man (David Dukes) who tries to sexually assault her. Her daring escape elicited cheers so loud they’re still ringing in our ears!

All in the Family, Streaming now, Amazon Prime Video 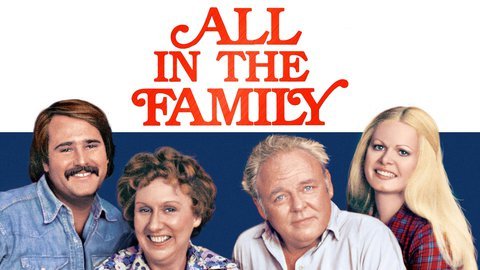