Dropping on Wednesday, August 25, the eight episodes are told from revolving points of view. As the teaser reveals, Grenier’s Nick may come across as a loving father, husband, brother, and friend, but he may also be a liar. Is that all just a façade? Learn about some little-known criminal tales.

At least one person seems to think so. One day, Nick suddenly and mysteriously disappears, then a video appears online, of him badly beaten and holding cards reading, “I abuse women. At 5 million views, I die.” And so the questions begin: Is he a victim? Has he ever been violent? “What aren’t you telling us?”

Watch the teaser below to see the view count grow.

In Clickbait, when Nick’s sister Pia (Zoe Kazan) and wife Sophie (Betty Gabriel) rush to find and save him, they discover a side of him they didn’t know existed. It’s described by Netflix as “a compelling, high stakes thriller that explores the ways in which our most dangerous and uncontrolled impulses are fueled in the age of social media, revealing the ever-widening fractures we find between our virtual and real-life personas.” 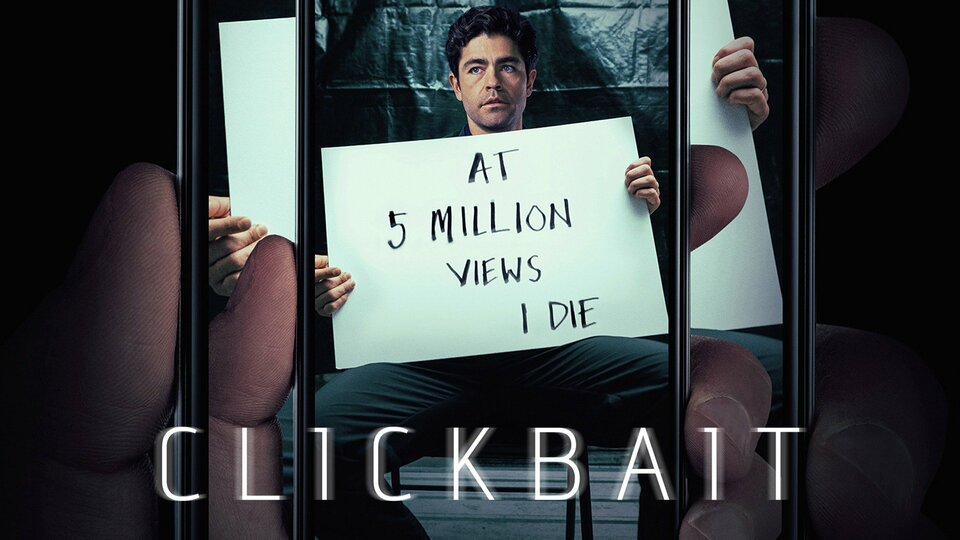 Clickbait where to stream