“Whoever invented love ought to be shot.” That’s just one of several memorable lines in the trailer for the new romantic dramedy coming to Amazon Prime Video on July 30.

The Pursuit of Love, set in Europe between the two World Wars, follows the charismatic and fearless Linda Radlett (Lily James) and her best friend and cousin Fanny Logan (Emily Beecham) as they search for the ideal husband. But their friendship is tested when Fanny settles for a steady life and Linda wants to follow her heart — which takes her to increasingly wild and outrageous places. (Speaking of outrageous places, check out the parties of the Radletts’ wealthy and eccentric neighbor Lord Merlin, played by Andrew Scott.) While Linda’s father (Dominic West) sees no reason why the girls would want to leave, she disagrees. “I want to escape and have fun and wear high heels and be in love,” Linda declares. But, Fanny argues, “you can’t start a life with someone based only on romance and excitement.”

Watch the trailer below for more from the girls’ pursuit of love, their friendship, an “almost completely domesticated” horse, and more.

Emily Mortimer wrote and directed the three episodes and also stars as Fanny’s mother in the series that raises “personal questions that remain intensely relevant today – questions about freedom, about love and sex, and the mystery of the human heart,” according to the logline.

The Pursuit of Love also stars Dolly Wells as Linda’s mother and Beattie Edmondson as Louisa Radlett. Assaad Bouab (as Fabrice de Sauveterre), Shazad Latif (as Alfred Wincham), and Freddie Fox (as Tony Kroesig) are among Linda and Fanny’s suitors. 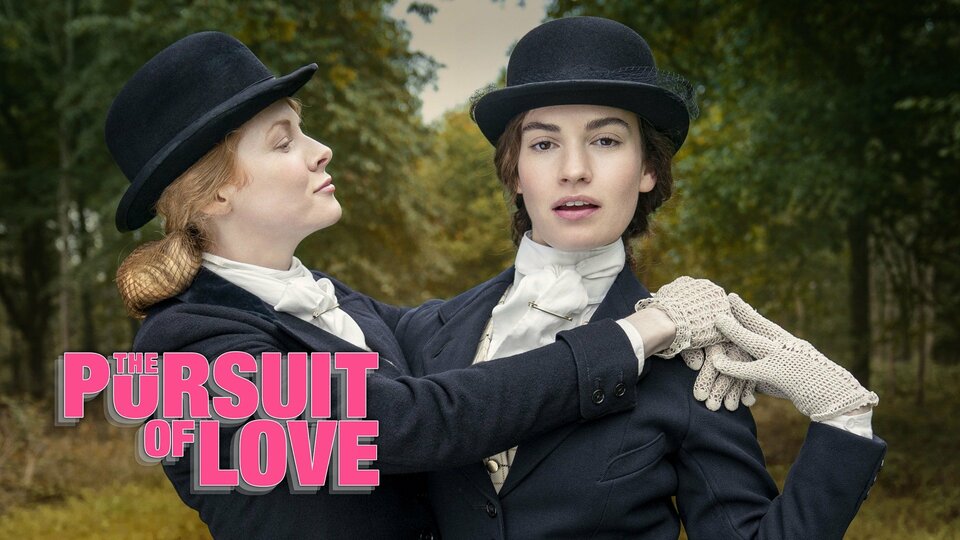 The Pursuit of Love where to stream

The Pursuit of Love