6 ‘Yellowstone’ Characters Who Have Captured Our Attention in Season 4

Before Yellowstone Season 4 premiered, there was only one question for multiple characters: Who will survive? With that answered in the premiere and quite a bit happening since, it’s now about what’s next for everyone.

Who might kill someone? Who needs to calm down a bit? And just what will happen as the truth about who orchestrated the attacks on the Duttons comes out? The first five episodes of the season have left characters like Beth (Kelly Reilly), Jamie (Wes Bentley), and Lloyd (Forrie J. Smith) at crossroads. Meanwhile, we’ve also met several new ones, including Carter (Finn Little) and Summer (Piper Perabo) who are shaking things up for the Duttons and at the ranch. 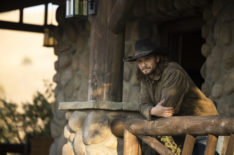 Scroll down for the characters keeping our attention in Season 4.