Netflix is taking production on their original series to the next level, and its new series Maniac is no exception.

The upcoming limited series is directed by Cary Fukunaga (True Detective, Beasts of No Nation) and written by Patrick Somerville, and reunites Superbad co-stars Emma Stone and Jonah Hill in the two lead roles.

Plus, 7 new European projects are coming to the streaming service.

The 10-episode sci-fi drama is based on a 2014 Norwegian TV series and follows “two strangers who find themselves caught up in a mind-bending pharmaceutical trial gone awry,” according to a press release.

It’s like Black Mirror meets Westworld on crack, in that the patients can live inside their dreams and wildest fantasies and begs the question: Is technology a friend or foe?

The rest of the star-studded cast includes the likes of Justin Theroux, Julia Garner, Sonoya Mizuno, Jemima Kirke, and Sally Field. No word yet on a release date, but expect the series to drop before the end of the year.

Click through the gallery above to see the first look images. 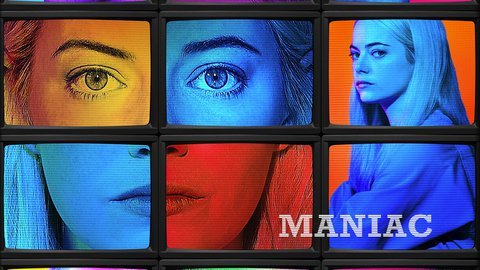