"In the end, what did we get: 10 candidates, four moderators, three hours, two languages and hopefully, one person that can beat Donald Trump."
—Host Stephen Colbert sums up the third Democratic primary debate.

"At the end of this now, I feel like I am actually, undeniably myself."
—Demi Burnett reflects on her coming out journey and finding the love of her life, fiancé Kristian Haggerty.

"This is all temporary."
—Jacob has little faith in Becca’s nuptials

"I won’t let you take my little girl from me."
—Joe Proctor (Jerry Ferrara) fights over custody of his daughter Elisa Marie with ex-wife Lindsay (Danielle Thorpe).

"He’s manipulating me with the cake."
—Angela sees through fiancé Michael's attempts at reconciling.

"I actually have a lot in common with the people on this roast because, like them, I don’t really know you that well.”
—Daughter Ireland Baldwin jokes about her father, Alec Baldwin.

"I don’t want to be looked at anymore — I want to be the one who does the looking.”
—Whitney (Julia Goldani Telles) tells new friend and art gallery owner Dashiell (Tate Ellington) that she aspires to one day open her own gallery.

"Don’t be stupid. You lied to me, you blew up the dam, you just got out of jail! If you go over there right now, you can forget about us."
—Abby (Elisha Cuthbert) warns Colt (Ashton Kutcher) in the season finale.

From the streaming premieres of Unbelievable and Undone, to the season finales of Bachelor in Paradise and The Ranch, plus a good old- fashioned Comedy Central roast, this week had a medley of memorable moments.

Check out some of our favorites in the gallery above. 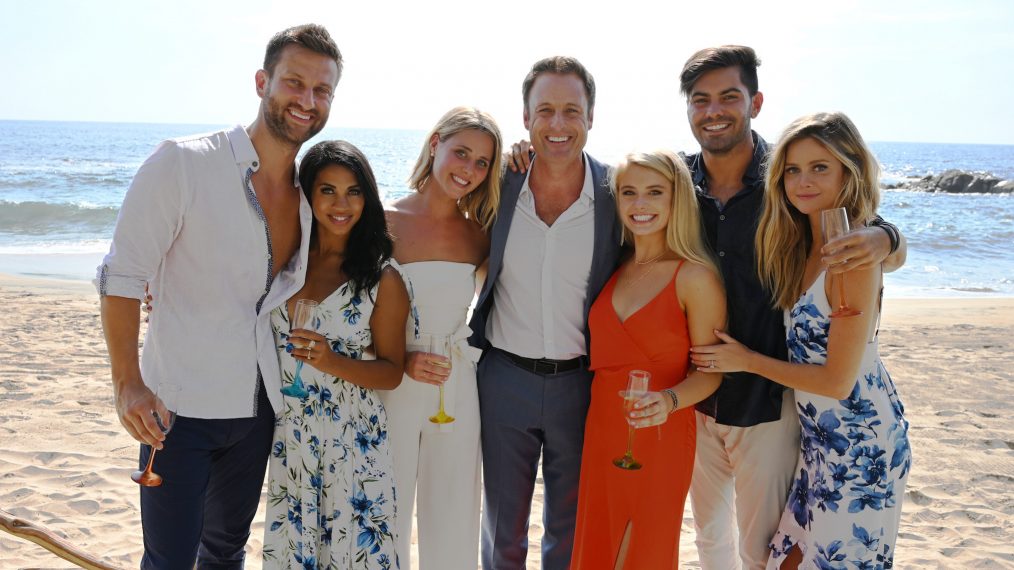 Which 'Bachelor in Paradise' Season 6 Couples Are Still Together? (PHOTOS)

Get an update on everyone from Katie and Chris to Dean and Caelynn and Whitney and Connor.