Abby always knows how to glam up a situation with a little bit of sparkle — in this case it was a dress.

She may be known for wearing black, but Abby can jazz up her wardrobe with a bit of color, too.

One thing about her style is that she knows how to surprise viewers by donning a pastel every now and then.

Just because it’s goth doesn’t mean it can’t be feminine. Abby’s lacy skull shirt is the perfect example of such feats.

Sometimes it’s all about the footwear, and Abby’s boots are on point.

Who else would Abby dress up as for Halloween other than Rosie the Riveter?

Pajamas can tell someone a lot about a person, and Abby’s sleepwear reflects her daytime style.

Sometimes Abby wears red, and of course, she rocks it!

For the last 15 years, Abby Sciuto (Pauley Perrette) has been shocking audiences with her edgy look on NCIS.

As Perrette prepares to depart from the series this May, we're taking a look back at some of her truly inspired ensembles from her signature color — black — to some unique accessories. Check out some of the wardrobe choices Abby made that still stick in viewers' minds. 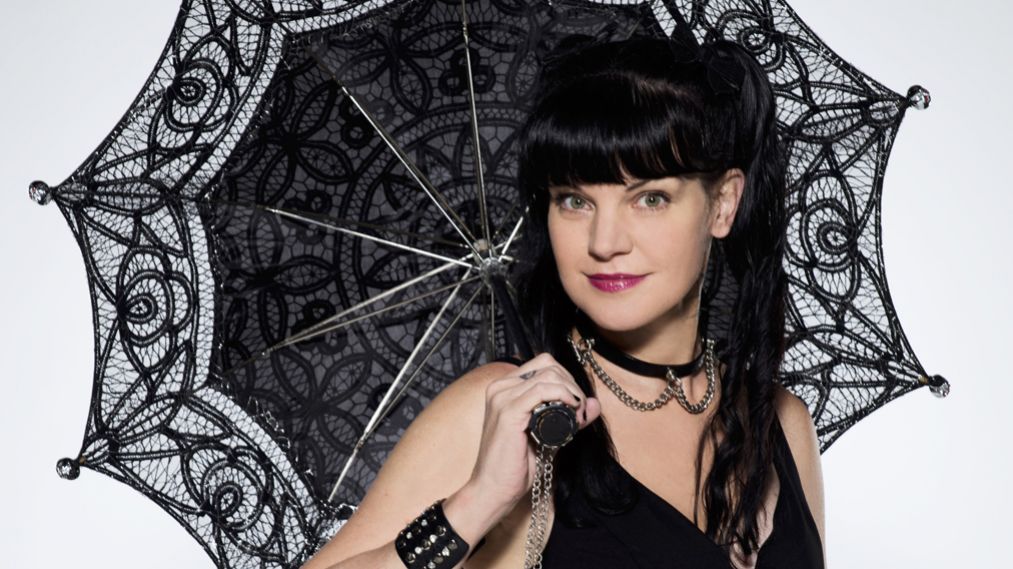 Find out why 15 seasons was enough and what she's taking with her.

Click through the gallery above, and don't miss Abby's goodbye when she exits the show on May 8.