Bobby Bones is both celebrating local everyday heroes and facing his fears in his new National Geographic series, Breaking Bobby Bones, premiering on Monday, May 31.

In each half-hour episode, Bones pursues his mantra of Fight. Grind. Repeat. as he travels across the country to find people with unique jobs, skills, hobbies, and abilities. They then challenge him to at least try to conquer the tricks of their trades while discussing the triumphs and tragedies that made them who they are. Those tricks include: becoming a stunt artist, kayaking the Colorado River blindfolded, and playing para hockey on a sled. 'If you don’t know who you are,' says Bones, 'you’re in trouble from the get-go.'

“I was terrified about almost all of them,” Bones admits. He previews his action-packed adventure and celebration of the everyday heroes in America.

What made you want to pursue your Fight. Grind. Repeat. mantra in this way?

Bobby Bones: What that [mantra] means is you have to identify the fight and attack, and then it’s more than just the initial attack. It’s the grind where it’s every day. It is not glamorous. It is hard work. No one’s watching, you don’t post on Instagram, it’s just showing up. And then when it doesn’t work out, you have to repeat it again. It is not an easy life. It’s not easy to get your goals. And so Fight. Grind. Repeat. has been what’s worked for me and luckily worked for a lot of other folks too.

I took that mindset into the show to get out of where I’m from. I don’t have the greatest background, the easiest childhood. I really wanted to focus on folks who have gone through a lot of adversity, like most of us have, and have come out the other side to go, “Hey, you can do this too.” I also wanted to challenge myself in each episode. For example, in the first episode, this guy Mike is a rope access worker. He was in jail. He was in gangs. People told him he wasn’t gonna amount to much. When he got out, he decided he wanted to change his life, and that’s hard to do because you’ve got influences in all directions, pulling you in a lot of different ways. For a long time, they were bad influences.

But he found rope access, where you have to build these rigs in really high places underneath the bridge on top of a casino. This time it was the Grand Canyon Skybridge and the bottom of it. So we had to go underneath it, hanging from a rope, and clean the bottom of it. I’m on a rope 4,000 feet over the Grand Canyon! It was so scary. But I remembered Mike got here through hard work. I’m doing it just to see if I can do it and challenge myself, but it took him years to get here and he had gone through so much. Do you feel like you succeeded in accomplishing what you wanted to with this experience?

It wasn’t a success in that I passed all the tests and all the challenges. I failed a lot on the show. I consider it a success if people watch it and relate because I think that there’s a lot of people going through a lot of stuff out there and they feel alone because we don’t really highlight our struggles. It’s not like we get on Instagram and go, “Check out this struggle today.” So when no one else is talking about it, we feel like we’re just in our own little bubble fighting a fight that no one else understands.

I want people to see this show and I want them to be entertained and not feel alone and inspired. If that happens, that’s a success. Was I successful in every episode? No. At one point, I got pretty badly injured and I was asked if I wanted to not show what happened in the episode. And it was the opposite. I said, “We can’t not show this because people need to know that even the guy on TV failed horrendously at something so bad they had to call in a medic and stop the show.” It was important for me to showcase that because at some point the “medic” has to come in and save us sometimes. It will be a success if people really understand that message. Which things that you did did you enjoy the most and would do again?

I don’t think any of them, honestly. If, when I did any of them, they were fun, I don’t think it was the right episode because for me it was about challenging myself, being uncomfortable, growing. And if it was going to the casino and playing craps or going to an Arkansas Razorbacks game, I think people would be like, he already likes to do that. So it was me learning how to be a stunt man or it was me learning how to climb on top of these wind turbines at -20 degrees in the middle of winter. It was just so uncomfortable all the time, but it was supposed to be, and I hope people take that. Yeah, you want to grow, you want to get better. It does hurt a little bit. It’s supposed to. if it was easy, everybody would do it.

During which episode did you learn the most about yourself? Whether through a conversation that you had with one of the local everyday heroes or the challenge that you faced physically?

I remember sitting on the edge of the Grand Canyon and there’s a single rope that was going to take me out to the edge of the Skybridge. Physically I couldn’t move my feet. I was trying, but I was so scared and I had a conversation internally and said, “Hey, you’re going to do this. You can play the game and be scared all you want, and you need to take some breaths, take a few minutes, but you’re going to do this. So if you know you’re going to do it, why don’t you just go ahead and get it over with? Just go start right now.” I have that conversation with myself too when it’s time to get on the treadmill. I hate exercising, but I know I’m going to do it. So I might as well do it and get it over with. But I think on that scale where I was so scared, having that conversation and going, “You’re gonna do it. You’re not gonna let yourself fail. So go and struggle and fight through it. And we’ll see you on the other side,” that to me was valuable because I was able to will myself to something. It also shows me that I’m capable of anything — just like I think you are, just like I think anybody else is. I think we own our own capabilities and a lot of that is held back because we’re scared to try something and to fail. I didn’t want that happening right then. And I try not to let that happen in life. 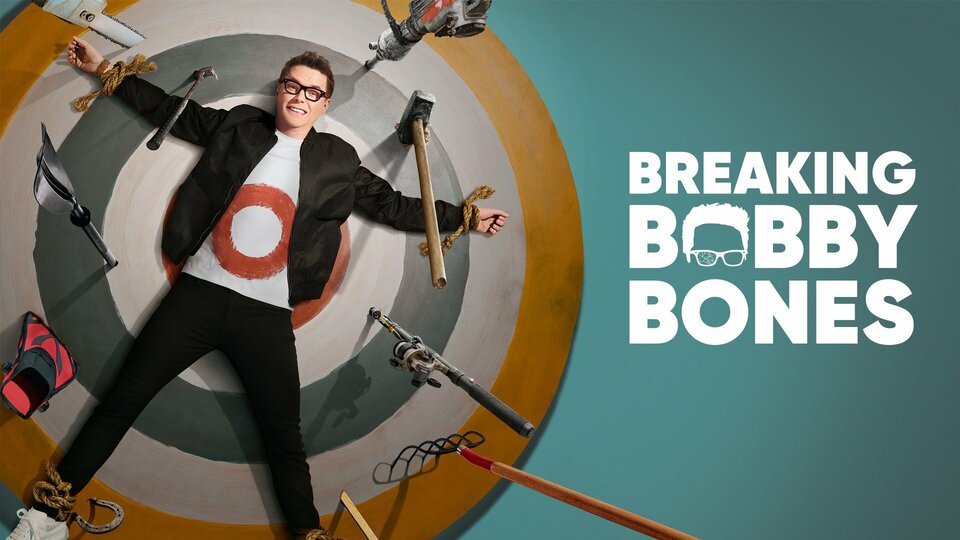 Breaking Bobby Bones where to stream