Lily James and Sebastian Stan are almost unrecognizable as they transform into Pamela Anderson and Tommy Lee for the new Hulu series Pam & Tommy.

The streamer has released the first photos from the upcoming limited series, which focuses on the relationship between the Baywatch actress and the Mötley Crüe drummer. The show, written by Rob Siegel and DV DeVincentis, and directed by Craig Gillespie (I, Tonya), is a comedic look at the behind-the-scenes drama surrounding the couple’s infamous sex tape.

British actress James bears a striking resemblance to Anderson in the photos (which you can see below), the first of which sees the Baby Driver star dressed in a black corset and leather pants, with her blonde hair curled. The second is a joint black-and-white photo, showing the Falcon and the Winter Soldier actor shirtless and tatted up while having his nipple ring bitten by James. Rogen, who also executive produces the eight-episode series alongside his Point Grey partner Evan Goldberg, will play Rand Gauthier, the man who stole and sold the sex tape. Anderson and Lee themselves are not involved in the series in any capacity. 'The Falcon and the Winter Soldier': Danny Ramirez on Sam & Joaquin's Connection

The actor also responds to the possibility of Torres donning the Falcon's wings in the near future.

Anderson and Lee married in 1995, barely a week after they first met. During their honeymoon, the couple made a sex tape that was later stolen and published online, becoming the internet’s first viral video. The pair ended up receiving a settlement after suing the distributor, Interner Entertainment Group, after which the tape was re-released to the public.

Pam & Tommy does not yet have an air-date. 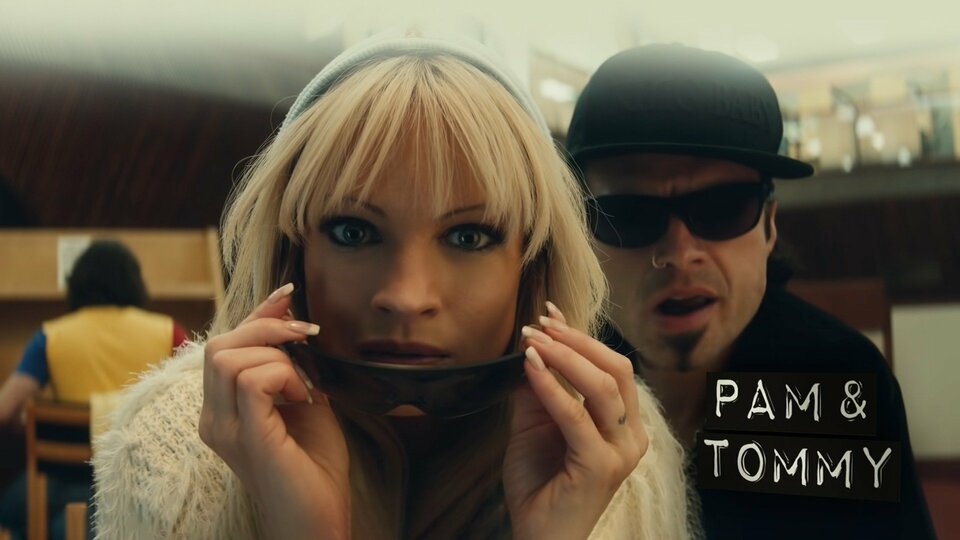