‘Cruel Summer’: Sarah Drew Teases More Twists for the Turners, Plus Cindy in 1995

Cruel Summer is a show filled with spoilers, which makes it a bit hard to tease, Sarah Drew (who plays Cindy, the mother of one of the two girls at the center of it) admits. Just what happened when Kate Wallis (Olivia Holt) was kidnapped and Jeanette Turner (Chiara Aurelia) took over her life — and apparently knew where the other girl was?

“I’m so proud just to be a part of it, and the young talent on this show is so extraordinary and you love and feel for every single one of them,” Drew tells TV Insider of the Freeform series, which takes place in the years 1993, 1994, and 1995. “I think that’s really what keeps people coming back: No matter how villainous something might seem you still care about that person because you know that you’re going to hear something in five seconds that’s going to change your alliance.” Also, could Kate and Jeanette ever be friends?

Drew discusses playing Cindy and offers hints about what to come (including where her character is in the 1995 timeline).

Talk about playing Cindy in each timeline?

Sarah Drew: There’s a lot that changes between the first two years, especially. It’s a change in demeanor more than anything. And life changes pretty dramatically in 1994 when Kate Wallis is found. Playing those different time periods has been really fun, certainly not as intense as like Chiara’s transformation on the show, but really fun.

There’s a hint that Greg [Michael Landes] keeps some things from Cindy due to how she might react because there’s that line about waiting to tell her about Jamie [Froy Gutierrez] hitting Jeanette. Is that something we’re going to continue to see?

You are definitely going to continue to see some twists and turns in the Turner family for sure. There is a general sense in the relational dynamic that [Greg] and Jeanette have always been two peas in a pod and as close as Cindy is with Jeanette there are some things that she does not tell Mom because Mom would fly off the handle and Dad is much more easygoing about it. So when rumors start to fly and things start to be said and people start talking, it does begin to cause some drama in the family dynamic. We haven’t exactly seen what causes Cindy and Greg’s marriage to fall apart, but there are hints that a divide’s starting, especially in 1994. What can you say about what we’ll see there coming up?

I’m not allowed to say anything more about that.

There’s a question of how much of a moral compass Jeanette has in a video she watches in 1995. Is that something we’re going to see play a role at all in why we haven’t seen Cindy in 1995?

I’m not sure I can answer that. I will say what I think the show does so brilliantly is it really investigates the effect of trauma and the way that trauma manifests in different people. You watch Jeanette rewinding the same moment over and over and over again, and if you think about it, that’s a massive moment that completely turned her life upside down. So if she’s stuck in a loop of trauma and replaying it over and over and over again, it could mean that there’s a moral compass issue happening, but it could also mean that it’s impossible for her to get past the loop of that traumatizing trigger experience. And I think what the show does so brilliantly is it offers a way to have compassion for both of these young women, as they’re experiencing these two different traumatic experiences. Both families are also traumatized.

Absolutely. The families are traumatized by it. Friendships are fractured because of it. There’s a really interesting story the show is telling about the impact of the rumor mill. The show takes place in the ’90s, which was pre-social media. But now that we’re in the middle of social media and have been for years, we can see how quickly someone takes an idea and then spews it out into the world as if it’s truth and then all these people believe it. It happens in politics. It happens in the news. It happens with Twitter bullying and Twitter trolls. It is so omnipresent, especially in young girls’ lives because there’s so much online bullying that happens.

We’re kind of exploring that because you have someone tells something and then all of a sudden someone decides it must be true without investigating it. They’re immediately guilty. Then you see all of these things fall apart as a result of it. The whole journey through the series is to figure out what actually happened which is a lesson to us: Maybe we should take a second before we snap to a judgment and then type the first thing that comes to mind and actually investigate and actually get curious. What did you see? Was that what you thought it was? Did you mean to say that? Did you receive it this way? And what are you responding to that created that reaction in you and how can I have empathy for that? As exciting as the show is and keeps you on the edge of your seat and you’re trying to figure out who’s right, who’s wrong, who’s lying, who’s telling the truth, there’s a lot of real depth to it as well. In the 1994 timeline, Cindy does worry that the rumors about her daughter might be true. We see her starting to question things, especially because of the necklace. What does that say about the state of their relationship and how much she’s seen Jeanette change in a year?

Cindy’s really an interesting character, but I think a lot of her identity is built on the way that she presents herself and her family unit. If she has a successful family, is a successful mother, the mother of successful children, then she will feel like she is OK and her identity is intact. But when things start to crumble, in terms of not only is her daughter not successful in this moment but she’s now being verbally attacked and the whole family is getting attacked, you’re going to see some spicy stuff. It definitely impacts Cindy in a pretty big way.

I have a daughter. I also have a mother. I’m very aware of the mother-daughter dynamic and it’s so intense. You feel so tethered to one another and in the most unhealthy spaces, the tethering ends up really affecting everything. If you’re able to kind of disentangle yourselves in a healthy way, you’re able to actually be there for one another. You’ll see a little bit of both in this particular mother and daughter. We heard a little bit about Cindy in high school, how she was the popular girl and the dynamic with Kate’s mom [Andrea Anders]. How much more are we going to hear about that time?

You’ll hear a bit more. I am fascinated. I want to know what happened. Because in Episode 2, Kate’s mom talks about how Cindy has always been desperately wanting to be her. Then in Episode 3, Cindy tells Jeanette that Kate’s mom so desperately wanted to be her. It’s so interesting to also play with the idea of perception. Which of the moms is lying in that scenario or is it just that’s the way they experienced those two situations, just totally differently?

What else can you tease about what’s coming up for Cindy?

I wish could tease things, but I really can’t. I can tell you that we will discover where she is in 1995. That question will be answered at some point, but I can’t say anything beyond that. I can say that there is more family dynamic drama coming, but I can’t tell you what that entails. 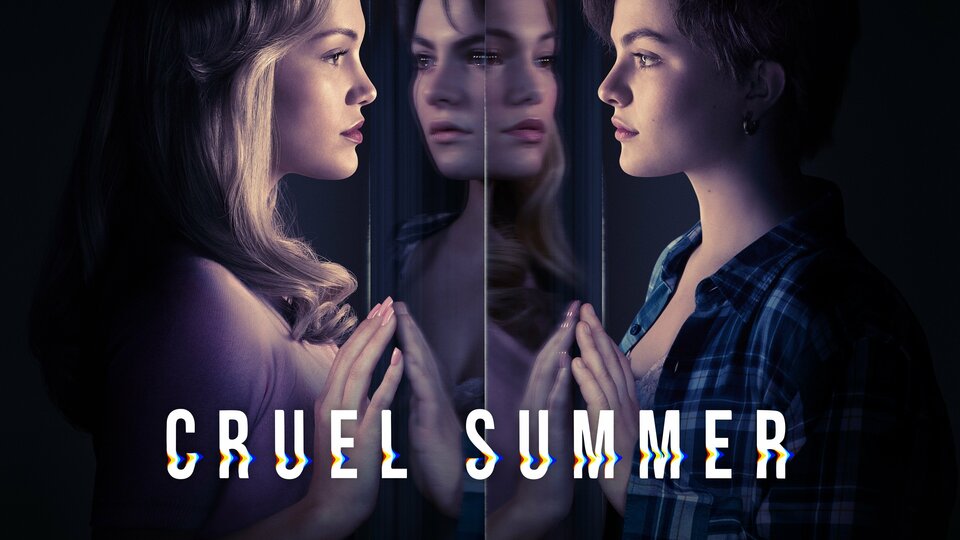