‘The Resident’ Star Malcolm-Jamal Warner on AJ’s Big Decision: He ‘Does Not Want to Lose’ Mina Plus, what does Chestnut think it'll take for his character to be redeemed?

In the April 13 episode, with Mina’s visa expiring in a week, she decides she’s going back to Nigeria on her own accord. If she’s deported, it’s unlikely she’ll be allowed to return to the U.S. And after speaking with her mother, she knows she can help with the shortage of surgeons in Nigeria. To Mina’s shock, however, her boyfriend AJ tells her, “I’m coming with you.”

Below, Warner teases what’s next after AJ’s declaration.

Is “I’m coming with you” a spontaneous decision?

Malcolm-Jamal Warner: He’s definitely given it some thought. We’ve seen a couple of years of love unrequited and now we see the love being shown back to him. Mina is a special individual as a doctor and as a person. That’s something that he really does not want to lose.

Mina’s surprised. What do we see from her in the next episode?

She’s definitely taken aback. It was not what she was expecting, but she’s very happy that he’s made the decision he’s made. The logline reads, “Just when Mina and The Raptor can see their future together, an unexpected complication throws a wrench in their plans.” What can you preview about that?

[Laughs] Not a whole lot without giving anything away. The next episode will definitely keep you at the edge of your seat. It involves a health issue.

I feel bad for Kit [Jane Leeves] who just took over the CEO and she’s losing people left and right.

She’s having a hard time. The pressure continues to mount.

AJ and Mina have been together for only eight episodes and we’ve already gotten a few major moments: AJ telling Mina, who proposed, that he’d marry her, then the “I love yous,” now this. Given who they are as individuals, and how they’ve been dancing around each other, do these big moments make sense to you?

I think so because this is what AJ has wanted for three years now. And like I said, he sees her as such a treasure that he’s willing to move mountains to do whatever he can to keep her in his life. He was planning what sounded like a real wedding at the beginning of the season when he was talking to Nic [Emily VanCamp].

Yeah, he got really excited because even though it was for immigration purposes, as far as he was concerned these are all steps moving in the direction that he’s been wanting for quite some time.

Is it possible there will be another wedding this season?

Anything is possible. There are definitely some plot twists in the next episode.

AJ has to tell his parents about his plans to go to Nigeria. How does that go in the next episode?

Yeah. There are some tense moments because his announcement definitely comes as a surprise to them. AJ confronting Cain [Morris Chestnut], who put the wheels in motion that led to Mina’s visa troubles, in the winter finale is one of my favorite scenes this season.

The scenes that we have together are really a lot of fun for both of us because our off-screen relationship is so not that. Morris Chestnut is such a really good dude and we have a really great rapport off camera. So when we have these tense moments in front of the camera, it gives us a chance to have this really cool duel. There’s a level of respect that Morris and I have for each other, and despite Cain and Austin’s contempt for one another, there is also the begrudging respect for each other’s crafts.

What will happen with them moving forward?

Oh, it ramps up. It gets even more tense. And AJ was the only one on Cain’s side.

Yeah. That was part of what was so disappointing that this whole time, Mina especially was telling him that Cain is not redeemable. And it caused some friction between them. [Because] AJ was really going to bat for him, there’s an element of betrayal as far as he’s concerned from Cain.

What have you enjoyed most about AJ and Mina being together after dancing around one another?

I love seeing this other side of Mina. This is as close as we’ve seen her let herself go since Micah [Patrick R. Walker]. I might be a little biased but [I think] she’s even more vulnerable and in love with AJ than she was with Micah. And their dynamic hasn’t changed in the OR.

You’re definitely dealing with two professionals at the top of their game. They’re both committed to their careers and because they’re both on the same page the emotional attraction that they have for one another also works within the framework of their first commitment [being] their craft. 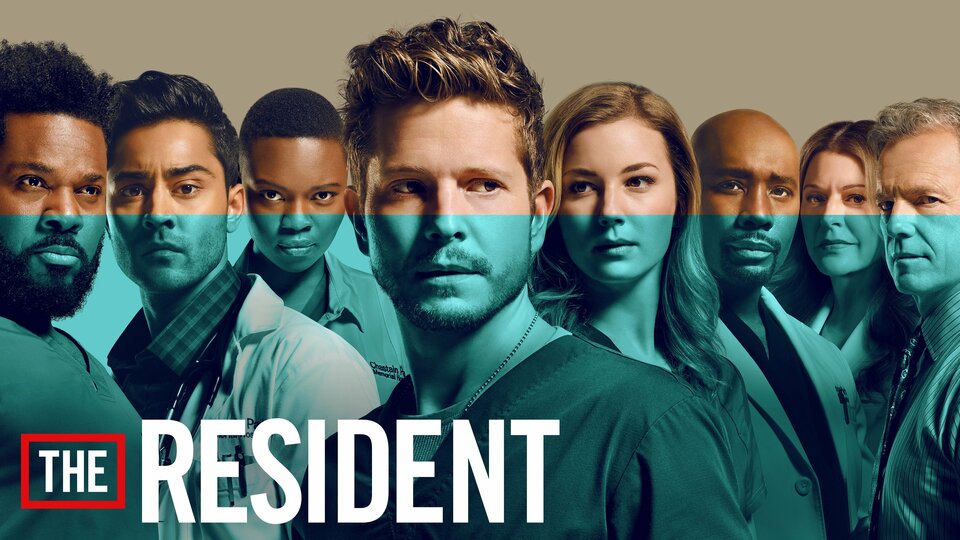