After almost five years with WWE, Charly Arnolt is ready to spread her professional wings elsewhere. And the destination she landed on was ESPN.

News broke on March 30 that Arnolt, WWE host and backstage interviewer Charly Caruso, had joined the sports network full-time. The versed broadcaster began with ESPN in September 2018 as a part-timer with spots on First Take and SportsCenter. In addition to those shows, she’ll now also contribute to ESPN+’s weekday morning show, SportsNation, and other digital series across the streaming service. Here, Arnolt reflects on her time in WWE and what she hopes to do at ESPN.

There was a lot of online speculation about your WWE exit. What do you make of it?

Charly Arnolt: There is always going to be chatter. The contract was coming up. Instead of renewing, I’m moving on. Everyone is going to have their own opinions regardless. I never had any issues while I was at WWE. Nothing bad happened. As far as I’m concerned, I’m leaving on a positive note and beginning what I believe to be the next step in my career.

The last few years, you’ve been juggling working for ESPN part-time while in WWE. What was that schedule like?

It was difficult. There were days where I would host First Take and go straight to Raw. Those were long days. I was waking up at 6 a.m. doing hair and makeup, getting the show prepared, filming. The turnaround even included getting on a plane to travel wherever I needed to be for Raw. I like to be challenged. It’s what drives me to be the best version of myself. So those were my favorite days. I loved pulling double duty. 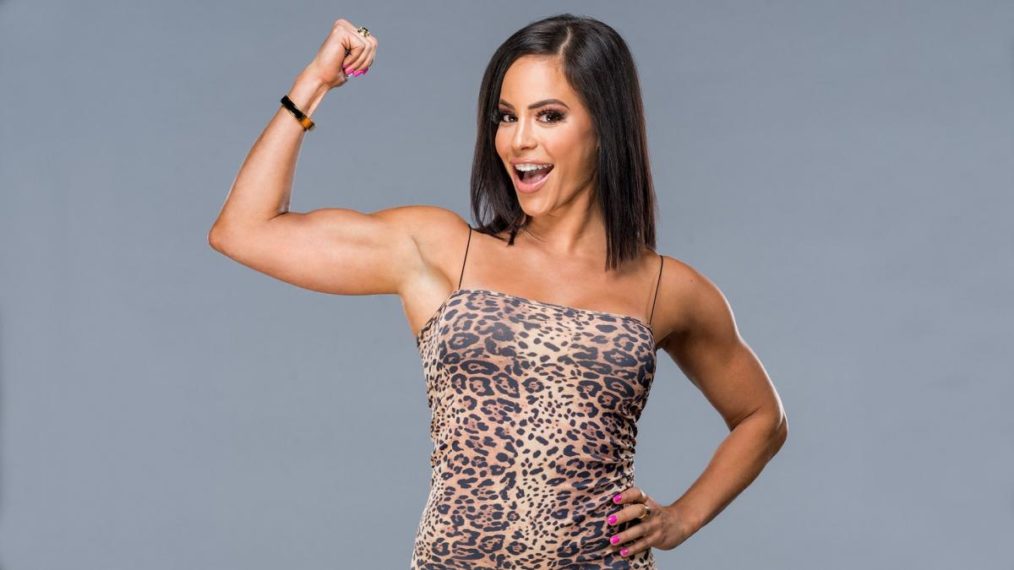 You’re an avid sports fan and following in your dad’s journalistic footsteps. How surreal is it to find yourself appearing on SportsCenter?

My dad was a newspaper reporter. My mother is a speech pathologist. If you put the two together you have the perfect combination for a broadcast journalist. Since I was in middle school, I knew I wanted to be in television. I was also an athlete my whole life. I played sports from when I was a tiny girl on an all-boys soccer team. I, of course, dominated. Once I got to college, I got into weight lifting and exercising on my own. For me to go somewhere like ESPN, the opportunities are endless. Judging by what I’ve already accomplished on a part-time basis, I’m going to see the fruits of that labor plus so much more come April 5—the first day of my contract.

How did WWE prepare you for your next chapter?

I think WWE gave me a great platform and exposure. I was able to make a name for myself. I’m very thankful to gain that.

Is there one thing you are most proud of?

My best memory was this past year when I was involved in the storyline with Zelina Vega and Angel Garza. That was the most involved in a storyline I’ve ever been. It was fun and different from what I was doing on a weekly basis. I loved that I was able to do a little bit of acting rather than just asking questions. I wish it could have been taken further than it was. WWE went in a different direction, but I had a blast before it ended.

What does it mean to you to provide that female voice in the sports broadcasting realm?

I think ESPN has always pushed a big female presence with women at the forefront, [and now] more than ever. Starting in January, I started this podcast First Take, Her Take, which has been awesome. It’s me, Kimberley Martin and Chiney Ogwumike. This is ESPN’s first all female-driven podcast. We hit the ground running and have seen so much success. It’s great to be in a place where you’re believed in and given opportunities.

Is there anyone at ESPN who has taken you under their wing?

Antoine Lewis, who is the executive producer of First Take. He has always given me feedback, whether it’s good or bad. I like getting feedback. It’s the only way to get better. David Roberts, [ESPN senior vice president], has been phenomenal. The guys at First Take, Stephen A. Smith and Max Kellermann. Whenever I ask for suggestions or tips, they are always willing to help.

You’re used to traveling being with WWE. How is that lifestyle change going?

I’m so happy to not be traveling every week. When I would arrive at any destination, I loved doing Monday Night Raw. But traveling is tough. It takes a big toll on your body. I am very happy to be able to cut that portion of my work life for now. Who knows what’s to come though. Maybe when the NBA Finals happen, I’ll be traveling for those games. I don’t know. But I do know I won’t be traveling on a weekly basis like I was. How have your WWE family responded to the news?

Once I stopped coming to WWE shows a few weeks ago, knowing this move was imminent, I had a lot of people reaching out. I couldn’t tell them yet until ESPN made the announcement. Now that it’s out, everyone has been so excited for me. The biggest thing I’ve heard within WWE is, “You deserve it.” People know how passionate I am about my career. They know it’s a great thing for me, as much as it sucks not being able to see everyone every week. I know my relationship with friends will not be severed. Nia Jax and I have already tentatively planned a girls trip.

What are your goals now that you’ve made it completely through the ESPN door?

I would love to see First Take, Her Take go from just a podcast to a show. I would love to host my own show. I don’t mean the Charly Show. If I’m designated to a specific show and am made the full-time host of that show, that would be incredible, because the more reps you get the better you get. That would also show trust on ESPN’s end. Whatever they want me to do, my goal for these next few years is make sure I say yes. If there is an opportunity, I want it. You never know what can turn into what. The answer is yes.