The Walking Dead’s Steven Yuen voices a budding superhero in Invincible, Amazon Prime Video’s wildly entertaining adaptation of The Walking Dead creator Robert Kirkman’s comic-book series. And just like Kirkman’s zombie hit, this just-dropped tale comes with a grisly side. So parents, even though it’s animated and everyone wears colorful costumes, you might want to send the smaller kids into the other room. “We wanted to do something that is much different than your traditional superhero animation,” notes the comic-industry icon. “You think it’s kind of a family-friendly [show] because it looks very similar to a lot of the superhero animation you have seen, so I’m hoping that will lull viewers into a false sense of security.”

It does. After an opening episode that’s mostly your standard hero’s journey about 17-year-old Mark Grayson (Yeun) being trained to join the family business with his Superman-like dad, Omni-Man (voiced by J.K. Simmons), the show suddenly pivots. Akin to Prime’s The Boys, it begins to beat the genre to a bloody pulp.

“I really have to give it to Amazon for allowing us the freedom to do that,” raves Kirkman, who created the comic-book series back in 2002. “We came at them and were like ‘It’s mature animation, extreme graphic violence, you know, cable drama-level [plots]…and then we hit them with the hour-long format.'”

Kirkman says he was shocked when the streamer came back with a greenlight. “They were like, ‘Yeah, yeah, yeah, we like this. We like that. Now this is different. This is something new.’ It’s really cool to do things in a much different way and have such support from the platform.”

In addition to Oscar-nominee Yuen (Minari) and Oscar-winner Simmons, Kirkman was also able to fill the series with a stable of other noteworthy voices, including Seth Rogan, Sandra Oh, and Jon Hamm.

“There were a lot of favors that were asked,” laughs the Kentucky native. “I was like, ‘We’re gonna put in a call to Mahershala Ali?’ And then he would be like, ‘Yeah, I’m in!’ It was pretty amazing.”

Thanks to AMC’s massively successful adaptation of The Walking Dead, Kirkman was ready to surprise readers of the Invincible comic books (which launched six months before TWD hit shelves) with new content, while remaining true to the source material.

“I would like think I learned a little bit of a lesson from The Walking Dead,” he admits. “When I was in the writer’s room early on, I was the lunatic that was like, ‘Let’s kill this character. People won’t expect it!’ Or you know, ‘This character has a massive story arc that goes a hundred issues…if we kill them in that first scene, people will freak out.’ Because I very much believed that, you know, the comic book exists and that’s the source material and the TV show should be something else.” To that end, he continues, there will be tweaks and updates to what has come before.

“If the comic books provided shocks and surprises along the way, then the TV show should do the same…there are a number of scenes that are very important to the fan base and are important to the core of what the story is. And you have to adapt those scenes or else you’re kind of doing a disservice.” The key, Kirkman says, is doing it with the same inventiveness that gave Invincible its powers in the first place.

“There are ways to adapt things directly,” he says, “while also changing things that lead up to them, that happen after them and even changing the order of them happening that will keep people guessing.” 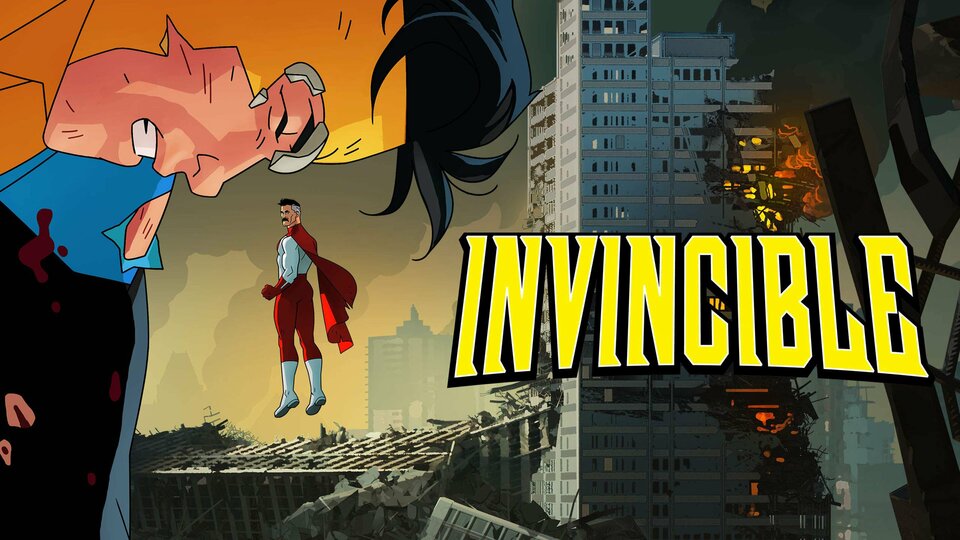