HBO Max’s new dramedy Genera+ion — from daughter-father team Zelda and Daniel Barnz — focuses on a group of high schoolers exploring their sexuality against the backdrop of a conservative community. The students include the wealthy, white Nathan (Uly Schlesinger), who identifies as bisexual. His mother, the strict and regulated Megan, played by Martha Plimpton, who wryly tells TV Insider that “this does not please her.”

TV Insider chatted with Plimpton about Megan’s beliefs, whether she can come to terms with Nathan’s choices, and much more. Can these diverse high school students fit into their conservative community?

What drew you to the series and this role?

Martha Plimpton: [Megan] is definitely a piece of work. She’s a very complicated woman. She’s more than a bit Type A, she’s very religious, she has definite plans. She’s kind of thrown for a loop by her son, who is coming out as bisexual.

What I really liked about the show just in general was the writing. I just thought it was really original and it was not something I had ever seen before, or really played before. There was a similarity of sorts to The Real O’Neals, but this gets sort of deeper into it than that show did, obviously. I liked the idea that it was created by this young woman and her dad, and that it had that perspective, which felt much more authentic to me than anything that I had seen before. Did Megan miss these developments in her kids’ lives because she’s so Type-A she was busy being perfect, or did she choose to pretend they’re not happening?

I think a little bit of both. These are not in her consciousness as things that could happen to her, and with her friends, Patrick [John Ross Bowie] and Joe [J. August Richards, they play a married couple], that’s fine for them, and she accepts them. But when it comes into her house, that’s another story.

I think she’s also struggling with sort of a little bit of empty-nester syndrome and it’s happening too fast for her. Everything is accelerated and so she doesn’t quite know who she’s going to be when the kids leave the house.

She really tries to sell her kids on the idea that she’s an accepting person. Does she think she is?

She really believes it. It’s just that she doesn’t realize what that it has to go farther. She doesn’t realize that means accepting a non-binary son, you know? She believes that this is just a phase and that he’s being rebellious and willful.

As the season progresses, will she take steps to educate herself, become more accepting of her son?

As the season goes on I think things become more complex for everyone, for the kids, as well as for Megan and her husband [Mark, played by Sam Trammell]. While I wouldn’t want to give anything away, I will say that I don’t think that we’re going to see Megan come to any grand conclusions. But I do think she’ll struggle in a more complex way.

Church is important to Megan. Do you think her religious views affect whether she’ll embrace change?

It a combination of a lot of things. We haven’t seen Megan too much in her religious life, but I think it does play a significant role in making up who she is. She needs a structure, right? It provides her a way of looking at the world that keeps it manageable. I think that a lot of people in our culture who are finding out their way of living, their way of doing things is obsolete, and they don’t like that. It’s not fun to hear that the systems and structures which you’d based your entire existence on are now being rendered irrelevant. Is that one of the show’s key messages?

I don’t know if there’s really a message as much as it’s an exploration of that dilemma. Also, what it is to be a kid living in this accelerated culture, and to still be struggling with being a kid, you know? Still having terrible judgment, not knowing exactly who you are, making really stupid decisions. But at the same time being so precocious and advanced in this technological reality. They’re way ahead of us, but they’re still kids. 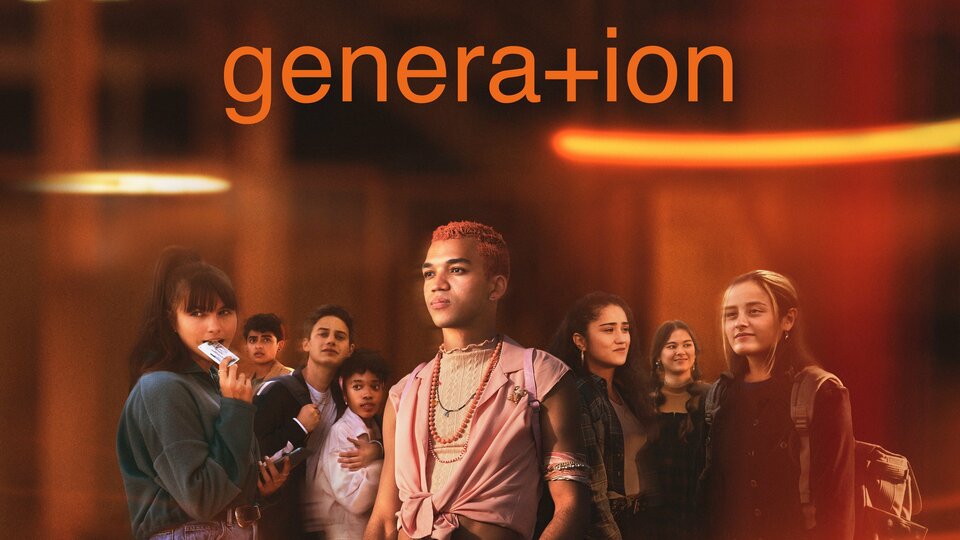 Genera+ion where to stream