Since the start of Season 8, CPD’s new deputy superintendent, Samantha “Sam” Miller (Nicole Ari Parker), has been on a mission: police reform. Her collaboration with Hank Voight (Jason Beghe), the Intelligence Unit’s influential and rule-breaking leader, has concerned some Chicago P.D. fans who like Hank just the way he is.

“They’re allowed to feel protective, but a change is going to come!” Parker says. “These two alphas are sizing each other up because they know there’s no way to avoid the work they have to do.” The March 10 episode could be a tipping point. It begins when a seasoned white cop, who’s partnered with a Black rookie, shoots a Black man during a tense traffic stop. Intelligence officers Kevin Atwater (LaRoyce Hawkins) and Adam Ruzek (Patrick John Flueger), who are Black and white, respectively, are sent to arrest him.

“At every level, you have two perspectives of the situation,” Parker says. “That’s what makes this episode so powerful. It tries to pinpoint what [each person] sees in that moment.” Other factors, like time on the force, also come into play.

The situation escalates when the crowd of witnesses grows and Atwater and Ruzek come under fire — someone doesn’t want the cops and the accused to make it back to the station. But who? And which side of the law are they on? “You’ve got a lot of eyeballs on this,” Parker says. “Some are there to protect and serve, and some are there to destroy.” 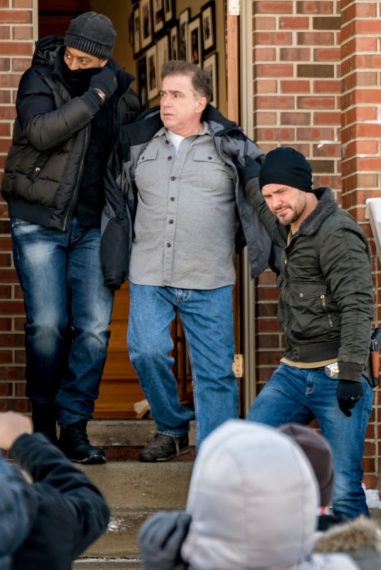