First Look at ‘Mom’ Without Anna Faris in Season 8 (PHOTOS)

Now that we know when Mom will be premiering its first season without original star Anna Faris and have gotten some intel on what’s coming up, it’s time to see if we can find any clues about how her character, Christy, will be written out.

CBS has released the first photos for the new season, and they include a new poster (above), with just Allison Janney, who plays Christy’s mother Bonnie. The other two images offer a look into the event teased in the logline for the premiere, “Sex Bucket and the Grammar Police.”

According to the network, “when Bonnie invites the ladies to a slumber party, childhood games reveal adult problems.” 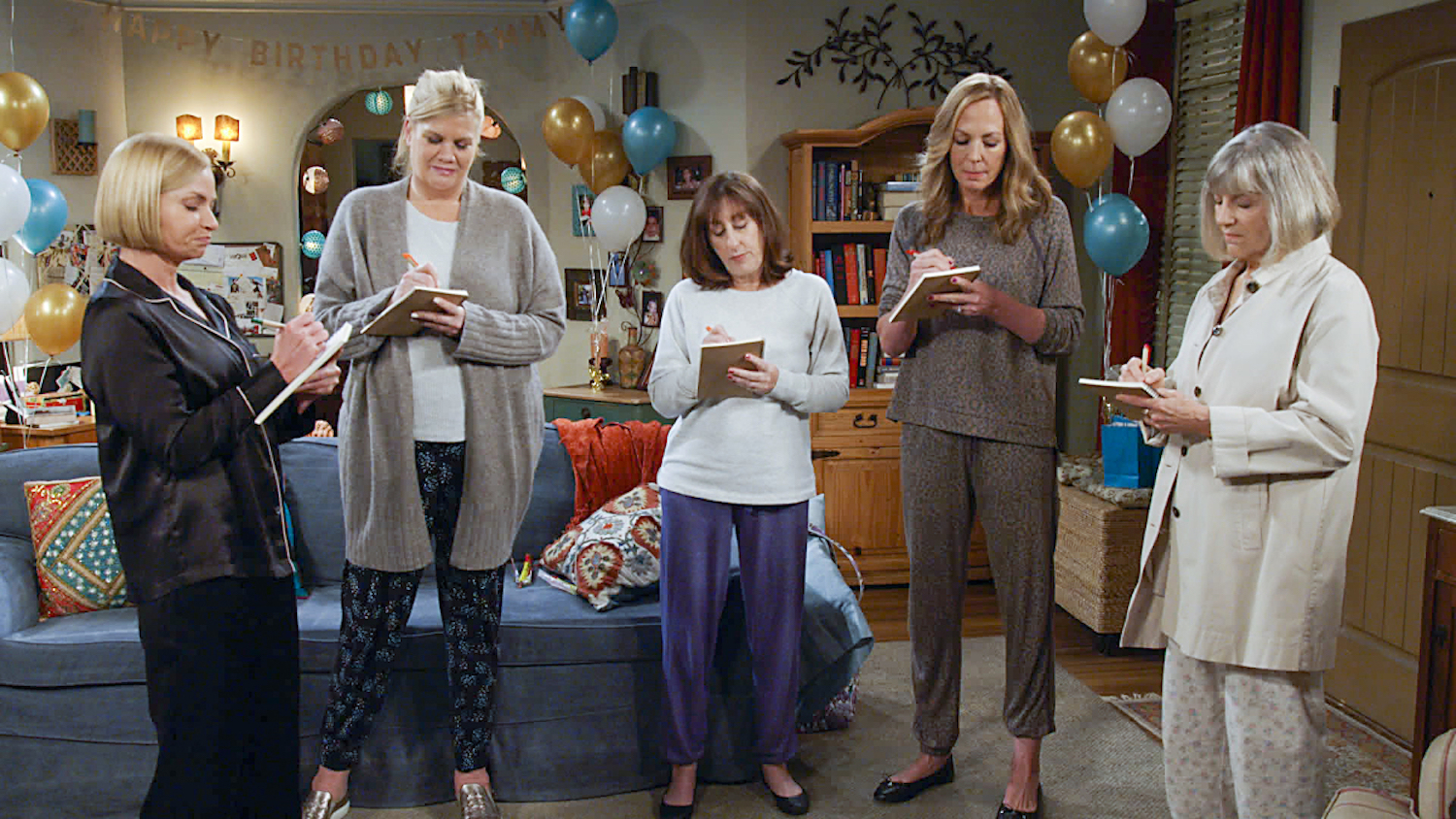 The photos show Bonnie with Marjorie (Mimi Kennedy), Jill (Jaime Pressly), Tammy (Kristen Johnston), and Wendy (Beth Hall) and a Happy Birthday Tammy sign and balloons in the background. Will it be at this party that we find out how Mom will explain Christy’s absence going forward? Or will that happen at one of the AA (Alcoholics Anonymous) meetings, perhaps earlier in the episode?

Ask Matt: 'Mom' Losing a Mom, Another 'black-ish' Spinoff, Netflix's Away, the Return of 'Wheel' & More

In September, it was announced that Faris has left the CBS comedy. “While my journey as Christy has come to an end, allowing me to pursue new opportunities, I’ll be watching next season and rooting for my TV family,” she said in a statement at the time.