Could you survive for 100 days, alone in the Arctic?

If you’ve been watching Season 7 of History’s Alone, produced by ITV America’s Leftfield, you may have already asked yourself that question. Only three participants—Kielyn Marrone, Callie Russell, and Roland Welker—remain heading into the three-hour finale, but will any of them make it the full 100 days?

“The 100-day challenge was a thing that everybody talked about but we had never done,” Ryan Pender, executive producer for ITV America’s Leftfield, tells TV Insider.

Here, Pender previews the finale’s challenges, takes us inside the season and their work with the indigenous groups in the area before the participants are dropped off, and more. Plus, watch two exclusive clips of Stephanie Poole of the Arctic’s Lutsel K’e Dene Tribe speaking about the land and her people’s way of life.

We’ve seen the contestants facing quite a few challenges so far, from predators to the weather to finding food. What’s still coming in the finale?

Ryan Pender: There’s a few things unexpected. We’re going to find out if somebody actually makes it 100 days, which has always been the big question: Can somebody actually go 100 days, especially in that very rugged environment? You’ll see people really wrestle with being out there and wrestle with food. The cold becomes a much bigger player in the season finale. Would you say the psychological or physical struggle is greater?

It’s both, right? One plays into the other. Lack of food affects your entire mental state, so the folks that are in there that are left, they’re so strong mentally to start with, but when you start adding in the layers of the weather, lack of food, isolation, all those things compound into whether you’re able to stay there for the duration, even if you’ve got food.

You could have all the food in the world, and maybe mentally, something happens that can change anything. You can’t see the mental side of it. Everybody is watching these folks on TV and they’re like, “Oh, they look like they’re doing well,” but mentally, all of a sudden, these things just come out of nowhere that they’ve been wrestling with and maybe not speaking to camera about, and then that can change everything.

What have you seen in each of the participants left that has contributed to their successes?

They’ve put themselves into this situation to see what they’re made of, so they’re so mentally strong. Callie, you can’t get her down. Kielyn has a fighting streak in her that is stronger than everyone, on so many levels. She has her highs and then she’s got her lows, but you see this person that is just a fighter across the board. Roland is just your typical idea of a mountain man, but he’s wrestling with things, like the fact he wasn’t there when his mother passed away.

All of those things can lead you down one path or another, and it’s just how you handle those things when it’s just you. You don’t have anyone to sound things off of.

Would you have changed the number of days (100) after seeing the season?

I don’t know. 100 days was always that thing everybody spoke about. When participants come in, we ask them a series of question: Why would you do this? What’s going to pull you home? What could take you out? What’s your goal? A lot of people say, “100 days sounds good,” or “three months sounds good.” But as we’ve seen in the past six seasons, that is a very difficult goal to achieve, so a big part of this 100-day challenge was to see what happens to folks after 100 days of isolation when it’s just you and what happens during that time and what things come up from your past.

What’s interesting about this show is yes, it’s a survival challenge, but it really comes back down to the alone factor, the namesake of the show. It’s what happens when people are alone for that length of time in a very difficult environment, and that allows them to really dig deep and things pop up they never thought about in years and years and everybody at home, whether it’s the person you’re rooting for or not, can relate to. When somebody speaks about their spouse and their family or they speak about their father passing away, it’s all these things people can identify with.

There’s always layers of, who are these people, how can I relate to these people, and the 100-day format is something that gets us closer to a little insight to all of us, right? We all look at our phone, Facebook, all of these different things to take us away from that deep-seated stuff that is going around in our head at 4 a.m., and these folks are putting it out there.

Speaking of the alone factor, that’s really clear every time we see the landscape from each participant’s perspective.

There’s no one. Yes, we have medical checks and media checks. They’re going to shoot footage, and we’ve instituted now putting little fire-proof lockboxes in there in case their shelters do [catch] fire because these folks are responsible for all their footage and if we don’t have that footage, obviously there’s going to be a big gap in what we can show. We give them as many batteries for as much footage so we don’t have to break that bubble. 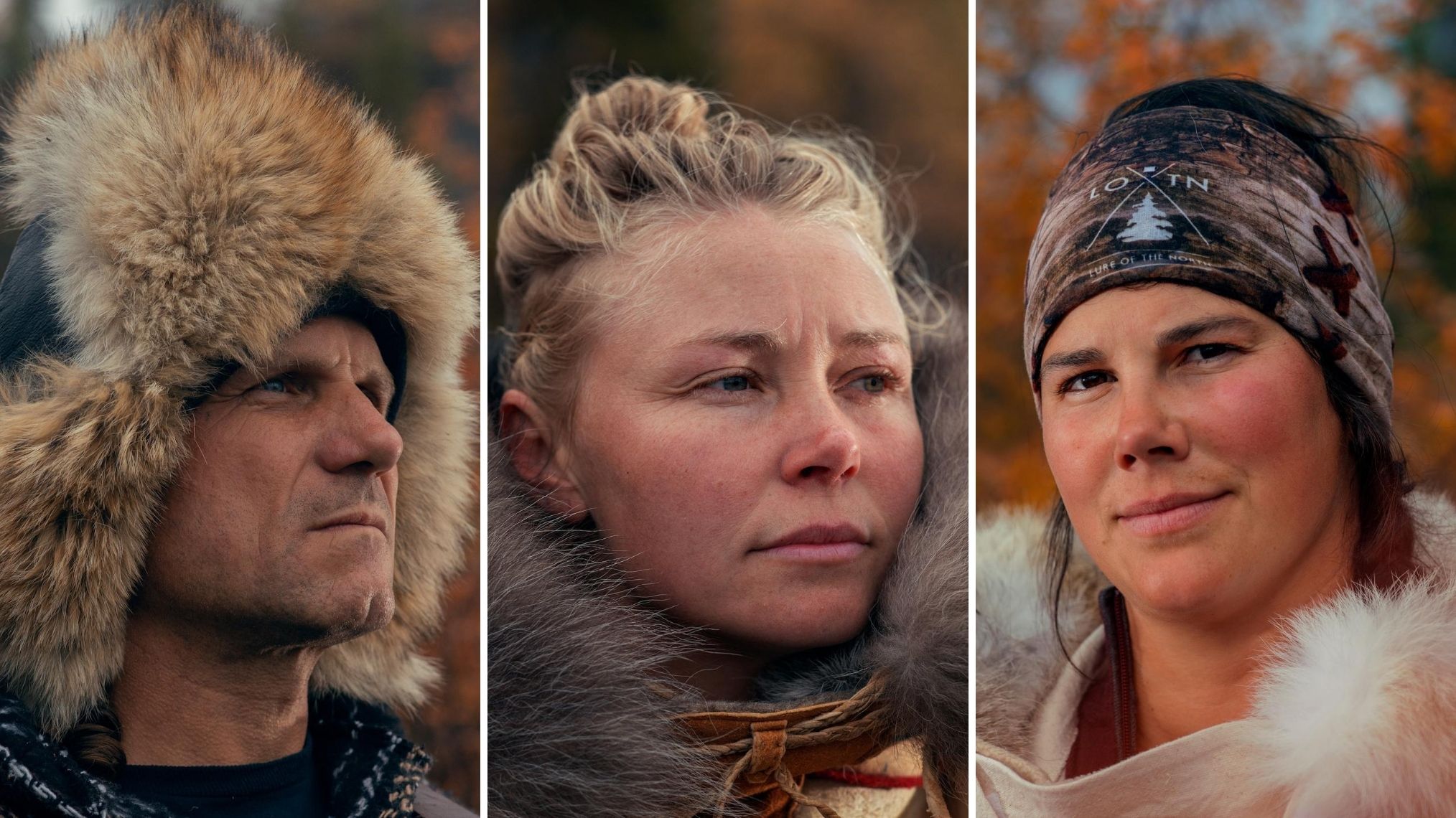 [There are blind drops with bags of SD cards and gear] and every 20 days, give or take, we’ll send a crew in, check with them, ask some questions, see how they’re doing psychologically. We weigh them. We keep that information from them, and we analyze how those folks are doing and then we get out of there. We don’t want to break that bubble as much as possible. It’s super important they are isolated.

We come into these locations and specifically we were working with the Lutsel K’e Dene nation. They live up there, there’s a town that’s theirs, and the important thing we like to do every season is get our participants involved with them as much as possible. We’ll have a ceremony. We ask that the First Nation brings in traditional types of cooking, the meats from the land and the berries from the land, and immerse our folks into what the world is. They have time to speak with the Dene and ask any questions, learn as much as they can. There’s a ceremony to send them off. We just try to be as respectful to the folks that have been there for eons and their way of life and let our participants absorb as much of that as possible and to be as thankful for this amazing experience that they’re getting. It’s really good to know any secrets of the land because the folks that have been there for generations will know way more than some folks just coming up for three or four months.

Like the different things the participants can use and adjusting their mindsets to the land.

Absolutely. It makes them feel even more ingrained in the world they’re going to be living in and trying to survive. There’s such a spiritual element of this experience that just knowing as much as you can and feeling that connection is invaluable.

Does feeling that connection give the participants more of a sense of control?

100%. They’re free to ask questions. We don’t take their computers away from them when they’re preparing for this. We want them to learn as much about the land as possible before we put them in the field, so it’s very hands on, but there’s only so much information you can get from a computer or a book, and having the caretakers of the land be with you in person builds a much stronger connection.