Life is a highway, and in the case of Jay DeMarcus, we’re along for the ride. The Rascal Flatts bassist is stepping out on the reality stage in DeMarcus Family Rules. Joining the country superstar in this Netflix unscripted series is his wife Allison, a national TV personality and successful beauty queen still heavily involved in the pageant world.

Cameras follow the Nashville couple as they juggle careers and raise their two young children, Madeline and Dylan. Before the new show drops on the streamer, we chatted with Jay and Allison as the couple open up their lives like never before for the world to see.

You’re not completely new to reality TV thanks to those appearances on Chrisley Knows Best. Todd Chrisley serves as an executive producer for your show. How long has this project been in the works?

Jay DeMarcus: It has probably been a little over three years. We were having a good time popping in on Todd and Julie’s show. I love them, and they are some of our dearest friends.

One night they took us to dinner and Todd said, “I think there is a show there with you guys. If you would let me help you develop it and be a part of it, I think we can really make a great show the way you all are with each other. Your kids are so funny. I think it would bring something unique.” He had to really talk us into it.

This was a really big leap for us. I’m glad we did it. I’m glad we shot the sizzle reel and through that process we discovered we had fun together. It was really neat to do something as a whole family. Here we are three years later. It’s incredible. Early in the season, it’s clear Madeline and Dylan are little stars in the making. How did you prepare them for this experience?

Allison DeMarcus: It was a concern for the both of us. I think taking a look at the way Todd and Julie raised their children. What great people they have become. That’s a testament not to their show, but to their parents and the parents that they have.

We really did not talk a lot about it with our children because they’re younger and didn’t act like it was that big of a deal. We just said, “Hey, some cameras are going to be here.” They were like, “Oh, are we going to be on Mr. Todd’s show?” Dylan asks, “Now was I in season three and four of Chrisley Knows Best?” He is calculating it and wondering when his next appearance is going to be.

They had a lot of fun with it. Our son Dylan. He just completed first grade. He is about to start second grade this week. He is his father’s child. He does not lack in personality and loves the camera. How have the kids reacted knowing they have their own show?

Allison: They’re all about it. They’re really excited. We really didn’t talk to them until right before we’re going to put the trailer out. The last thing we wanted to do was disrupt their lives and take them out of what their focus should be, which is on school and friends and basketball and all the things they love to do. They think it’s normal I guess because we’ve been around the Chrisley family.

Jay: Everybody gets a show.

Allison: You get a show! You get a show! I don’t think they know any different because their friends Grayson and Chloe grew up on TV. They’ve watched every season and every show. They’re huge fans. I guess ignorance is bliss. 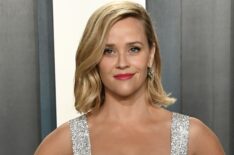 Was it difficult getting used to the cameras being around all the time?

Jay: You know how we refer to timelines as B.C. and A.D.? I feel now we have to refer to it as pre-COVID and post-COVID. The show was shot pre-COVID in October, November and December of last year. One of the first things I remember is it took us a couple of weeks to provide our rhythm and ignore the cameras. If you can’t ignore the cameras, you can’t react and be yourself the way you naturally would be in any given situation. I think once we found our stride and started to ignore the cameras, we started getting some really great real-life moments there.

What do you think you’ve learned about each other, looking back?

Jay: I think I’ve learned I’m as funny as I thought I was. It was great to see.

Allison: [Laughs] I think Jay and I learned we could live together. We typically don’t live together full-time because he is usually on the road on tour. This was a time where we had to work together for the first time and live together and coexist and figure it all out along with our family.

There is usually such a chaotic schedule, especially before the quarantine and COVID took over everyone’s lives. Everyone was busy and running in a million different directions. We were trying to steal moments to make sure we had family time. And having to focus on that has been really fun. Now that we’ve lived through quarantine we’d love to be really busy again. Has there been filming going on now, given the unprecedented time we are in right now, in the event here is Season 2?

Jay: You know we haven’t started yet. We’ve been trying to get this first season off the ground and make sure everyone is engaged enough to warrant a second season. We’ve got our fingers crossed.

Pre-COVID Rascal Flatts was getting ready to hit the road on a farewell tour. Has these last few months impacted your decision-making moving forward as a band?

Jay: I think it has impacted everyone’s plans. Not just mine. Everyone in our family and our band. Everything has turned upside down. The last few months have been interesting. We’ve really missed playing music and being on stage. The old saying is so true that you don’t know what you’ve got until you don’t have it anymore. It’s something I know all three of us miss. All three of us will take a look at how, when and if we can go back out because this is certainly not how we wanted things to end.

We just don’t know. There are so many variables left unanswered. It’s hard to pinpoint when and if something like that will happen, but we have been making music during this lockdown. We put out this EP out “How They Remember You.” It has been fun to at least make music on some level like that. 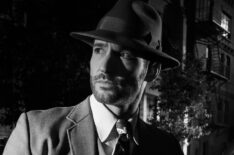 What's Coming and Going From Netflix in August 2020

Have you gotten advice from Todd and Julie about navigating through these new reality TV waters?

Allison: Anyone can only hope to have the success of the Chrisleys. They are incredible at what they do and have shared.

Jay: Todd has given us some great advice. You have to block the negativity out. Someone will always be chirping on social media or otherwise. You find out who your real friends are, so you’ve really got to turn inward to each other as a family and lean on each other. I think it’s really sound advice from the outside looking in at how he and his family have handled everything. You would be hard-pressed to find somebody who has done it with more grace than he has. I picture a potential future special between the two families kind of like when the Jetsons meet the Flintstones. Possibilities are endless here.

Allison: They are incredible. We truly are friends with them. They are great people and are as true and wonderful as they appear to be on television. People always ask us what Todd is really like. He is exactly like he is on TV. Nanny [Faye] is just that funny. I bet they probably bleep out some of the funniest things she says because they’re probably so inappropriate.

There is no bleeping needed on Netflix. Though this is a family show, you do have a little more freedom on streaming.

Jay: I think given my background as an entertainer and in Rascal Flatts and the success we have, that sets it apart from the other shows out there. I don’t think there have been many shows in the past that give quite a look at family life that has been an entertainer and artist such as this. I think we are unique in that sense.

We’re also not tied to a certain amount of time where we have to worry about commercial breaks. Some of the episodes are longer than others. That’s another thing that sets it apart.

We’re also not fueled by drama. We set out to make a wholesome family show that the family can sit down and watch together. I’m proud because I think we’ve achieved that goal. At the end of the day, I think there are a whole lot of funny things that happen in our show. But there is a lot of heart in it as well.

DeMarcus Family Rules where to stream