CBS’ fan favorite Big Brother is making a splash this summer as the series prepares for an All-Stars return for Season 22. 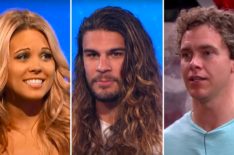 Season 22 will feature the show’s second All-Star cast, the first of which appeared in 2006 and this time around they have one thing in common – they all have something to prove. Per usual, Big Brother‘s latest season will boast three weekly episodes airing Sundays, Wednesdays, and Thursdays on the network.

The All-Star houseguests include former winners, finalists, legends, and memorable personalities from throughout the show’s 20-year run. And don’t miss the live eviction episodes hosted by Chen Moonves for some serious drama. Due to health and safety protocols amid to the COVID-19 pandemic, houseguests will undergo a quarantine period before production during which they’ll be tested for the virus multiple times. Once they enter the house, the players will be tested on a weekly basis and won’t have contact with any crew members, as all supplies are disinfected before being delivered indoors.

In keeping with these protocols, there will be no live audience present for the eviction episodes. Similar to the houseguests, crew and staff members will be tested on a regular basis and will be screened daily for symptoms. The crew will also be required to wear PPE (personal protective equipment) and work in pods to enforce social distance standards. A COVID-19 compliance officer will be on hand to monitor and enforce health and safety rules.

As with most seasons, the houseguests are being recorded 24/7 as they compete for a $500,000 grand prize. Casting for the season has yet to be announced, stay tuned for any details and don’t miss the Big Brother premiere this August on CBS.