Production may have had to shut down, but court is back in session Monday on the CBS freshman drama All Rise.

Inspired by current events, Los Angeles is under a mandatory shelter-in-place order, but with trials piling up, Lisa (Marg Helgenberger) authorizes Lola (Simone Missick) to preside over a virtual bench trial, and as the previews reveal, not everyone is on board with this test.

Find out what the stars would tell fans who ship platonic pals Judge Lola Carmichael and prosecutor Mark Callan.

Campbell (Peter MacNicol) and Laski (Paul McCrane) are both against it, at least at first. Campbell doesn’t see online trials as “practical,” but he does come around to the idea — for a “dark” reason that fits the “dark times.” “There’s not much point in trying the accused if they’re no longer alive,” he says in the first sneak peek below.

Court is back in (virtual) session. #AllRise pic.twitter.com/WJ7wo08rk2

And since Lola is the one who’s so keen to give this a try, Benner tells her she’s first up. That’s what comes into play in the second clip after Lola meets virtually with Mark (Wilson Bethel), Emily (Jessica Camacho), Sherri (Ruthie Ann Miles), and Sara (Lindsay Mendez). (It would have taken place in her chambers.) Early on, Emily realizes it’s Mark first time appearing in front of Lola. But after the two present their arguments — Emily brings up her client’s pregnant girlfriend, quarantined alone, and Mark argues for the public safety and the client’s felony assault — Lola decides to use this as a test case for a virtual bench trial.

Elsewhere in the episode, Mark and Quinn (Lindsey Gort) explore continuing their romantic relationship while quarantined separately. Plus, Lisa oversees court from afar and learns to cook, Sara works temporarily as a food delivery driver, Luke (J. Alex Brinson) and Emily’s relationship is affected by separation, and germaphobe and type-A Sherri deals with the new world (dis)order.

This episode was filmed extensively using FaceTime, WebEx, Zoom, and other available social media and online technology. It was shot in the series regulars’ homes, with producers using VFX to create the necessary backgrounds. Plus, a cinematographer operated solo from a vehicle to capture exterior footage to reflect the current environment on the streets and in the neighborhoods of Los Angeles.

The freshman series about an unorthodox judge overturns expectations for a courtroom drama. 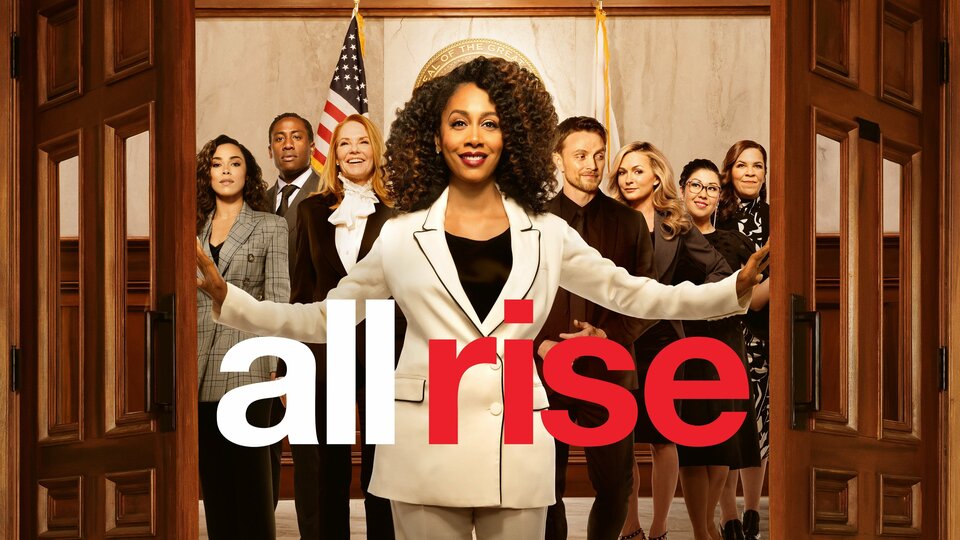