NASCAR’s top drivers will soon head to Florida for weeks of practice prior to the Daytona 500 (Sunday, February 16, 2:30/1:30c, Fox), but the sport’s fans have something else to look forward to down the road: Kevin James starring in the first-ever NASCAR sitcom.

The actor is signed up for Netflix’s The Crew, his first regular TV gig since CBS’s Kevin Can Wait ended in 2018. He’ll play the classic old school crew chief of a stock-car team who will no doubt frequently butt heads with Catherine (Jillian Mueller), the modern-minded team owner who wants more higher-tech thinking under the hood. Freddie Stroma (UnReal) costars as a charming but somewhat clueless driver.

Plus, find out why he's chosen now to retire.

A successful series would notch an important pop culture victory for a sport that has been trying to promote its lighter side since its greatest triumph, when four-time NASCAR Cup Series champ Jeff Gordon more than held his own hosting a 2003 Saturday Night Live episode. While several top drivers have had cameos on TV shows and, more notably, in the 2006 flick Talladega Nights: The Ballad of Ricky Bobby, the humor has been predictable.

If James can match the wildly over-the-top “Start your engines” command he and Adam Sandler delivered in 2010 at Michigan International Speedway (for the Heluva Good! Sour Cream Dips 400), though, fans should be in good hands.

Getting ready for “The Crew” @netflix first rule of racing… no bumping. 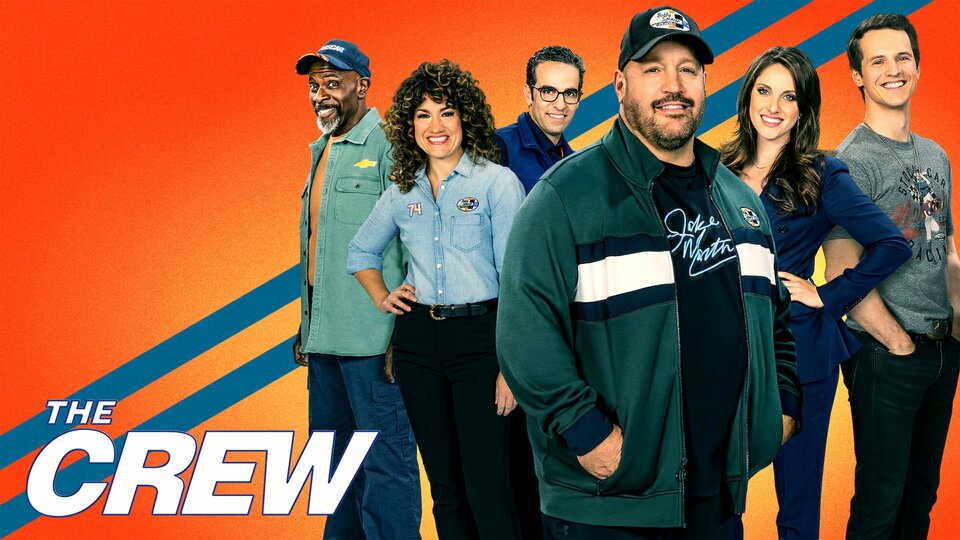 The Crew where to stream