The fifth and final season of Fuller House will be premiering December 6 on Netflix, and while it will be difficult to say goodbye to the sequel series of popular ’90s hit Full House, don’t expect to see all of the original cast members take a final bow.

Lori Loughlin, who played the lovable Aunt Becky on the revival and the original series, was booted from the show after news broke earlier this year of her involvement in the college admissions scandal. So it’s safe to say she won’t be making an appearance in the final season — but she’s not the only one.

The Olsen twins, who played youngest daughter Michelle Tanner throughout all eight seasons of Full House, also won’t be reprising their iconic character for the final season. In fact, the famous twins have not appeared in any of the Fuller House episodes, despite all of the other original cast members participating. And fans are still left wondering why.

Why isn’t Michelle on Fuller House?

John Stamos admitted he was “surprised at first” by Mary-Kate and Ashley’s decision not to return to the reboot, but ultimately he respects their choice. In a 2016 interview with USA Today, he revealed that the girls have no interest in pursuing an acting career. Though they were invited to join the series prior to the start of Season 1, they simply opted not to be involved. 10 'Full House' Episodes to Binge If You're Feeling Nostalgic (PHOTOS)

Get ready for a whole lot of Uncle Jesse.

“I called Mary-Kate and at that time she wasn’t sure. She was very sweet about it and said, ‘Let me talk to Ashley,'” he revealed. “But I think they don’t consider themselves actresses anymore, they haven’t done it in a long time, so I think maybe they just didn’t want to go back to that.” 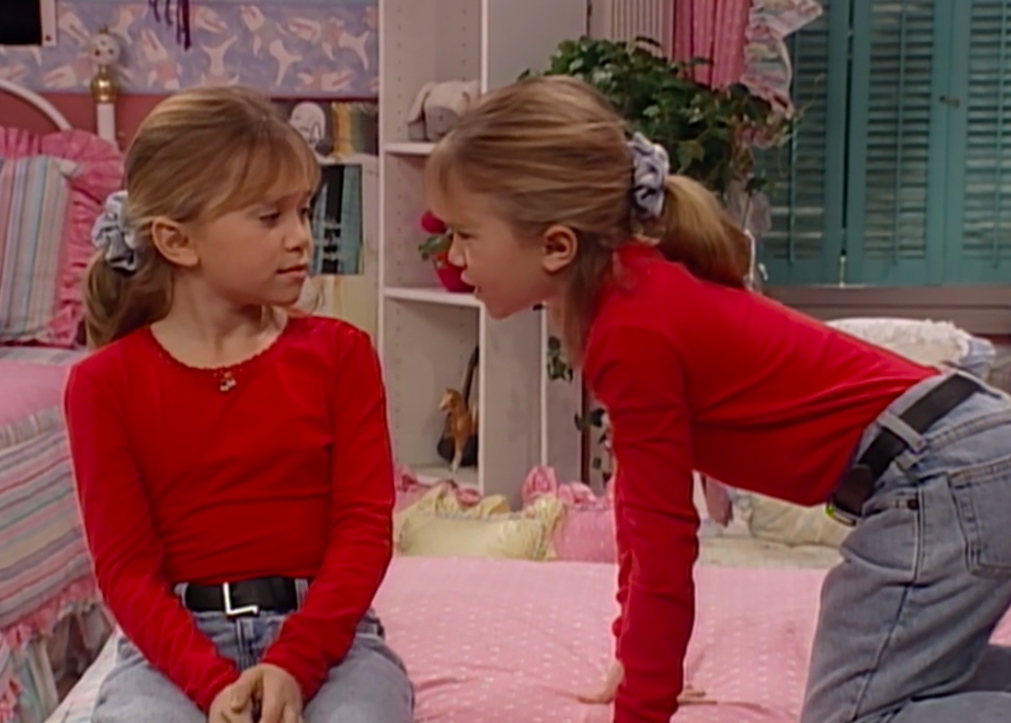 It’s been years since either sister appeared in front of the camera. Instead, they’ve been focusing their time and energy on their successful fashion empire. Both sisters serve as designers of multiple clothing lines including The Row and Elizabeth and James.

Is Michelle referenced on Fuller House?

But even without the actresses present for Fuller House, the cast still had to address the elephant in the room. In the pilot episode, the family reunites and Michelle’s absence comes into question. Bob Saget, who played Danny Tanner on both Full House and Fuller House quipped, “Well, Michelle sends her love, but she’s busy in New York running her fashion empire.” A line that some felt may have been a little shade thrown at the twins.

“We thought it would be a funny joke,” Jodie Sweetin, who plays Stephanie Tanner, told USA Today. “A wink and a nod to acknowledging the reality that they’re not there and they’re off doing their fashion thing and we support them and… the audience knows, we know, and it’s out there.”

And it wasn’t the only time Michelle was referenced on the show. In Season 2, during a Thanksgiving episode, D.J. reveals that she wishes Michelle could’ve joined them for the holiday. Stamos then turns to the camera and essentially extends yet another invite to the girls by saying, “Come, it’ll be fun.”

In the Season 4 episode titled “Oh My Santa,” Michelle was brought up again when D.J. mentions that Danny, Uncle Jesse, and Aunt Becky were out of town visiting her in New York.

“We make mention of them. Their character of course is not gone. But you know, it’s like, she’s the family member that never shows up at the reunion,” Candace Cameron Bure revealed on Larry King Now.

It’s clear the the stars of the show are adamant about keeping Michelle’s memory alive, as she was such a significant part of the original series — proving that there is no bad blood with the twins. Stamos touched on the “misinformation” surrounding a possible feud between the cast and the girls, saying it couldn’t be further from the truth. “Once I talked to them, I understood their position on it and I respect them,” he said.