Dolly Parton Reflects on Bringing Her Songs to Life in ‘Heartstrings’

“I’m just working my little country butt off,” Dolly Parton says with a laugh. “Like that’s something new!”

Over six decades, the performer with a heart of (rhinestone-encrusted) gold has churned out more than 70 Top 20 country hits — and now she’s turning some of them into plotlines for her new Netflix anthology, Dolly Parton’s Heartstrings.

“It’s a dream come true,” the spunky 73-year-old says of the eight-episode series. As a child growing up in Tennessee’s Great Smoky Mountains, her family couldn’t afford nights at the movies, so she began writing songs about the people she wished she could see onscreen.

After the success of her 2015 NBC TV movie Dolly Parton’s Coat of Many Colors and its 2016 sequel, Christmas of Many Colors: Circle of Love, she and collaborator Sam Haskell pitched Netflix a series of stand-alone installments, each based on one of her songs. They range from the 1880s-set Western “JJ Sneed,” about a young woman (Willa Fitzgerald) who finds adventure with the titular outlaw (Colin O’Donoghue), to “Jolene,” the portrait of a friendship between two women today: Jolene (Julianne Hough), a musician waiting tables at a honky-tonk, and Emily (Kimberly Williams-Paisley), a buttoned-up wife worried her marriage has become mundane. Check out key lyrics and how each song has been made for TV.

The one constant is Parton, who introduces each episode on-camera. She acts in two as well, most notably portraying Jolene’s boss, bar owner Babe. For a preview, we went straight to the source.

We heard you cried when you watched. Why does this mean so much to you?

Dolly Parton: I had always thought my songs would make a really good movie, because they do have characters and stories. Wanting something for so long and to see that you’ve done it, there’s a whole element of emotion in that alone. But then having it based on stuff that’s come out of your own heart, your own gut, and your own soul — it’s overwhelming. “These Old Bones” [starring Kathleen Turner as a clairvoyant mountain woman put on trial in 1944] got me good. And then “Sugar Hill” [a romantic road trip down memory lane reuniting thirtysomething’s Timothy Busfield and Patricia Wettig]—oh Lord, it just tore me all to pieces. And then of course “If I Had Wings” [a drama in which the bonds of blood and faith are tested, featuring real-life husband-and-wife Gerald McRaney and Delta Burke] — I was sobbing.

The episodes can be watched in any order. Why should viewers start with “These Old Bones,” which is listed first?

For people who know my backstory, it was important that we keep a piece of home in, the mountain, and it’s a really good story. A lot of people in my family have that clairvoyant gift. I have it to a degree myself. This psychic that I based [the song] on had told my mama in my early years that I was “anointed” and that I was going to do great things. I always remembered that. It gave me that extra strength to believe in myself, because I felt that I was supposed to do it. And Kathleen Turner just kills it.

You approved all the storylines. Was there one that was challenging to get right?

“Jolene” was the only one I worried about. It’s such an iconic song, and we did it different than what people would expect. I didn’t know how I felt about that. [In her introduction, Parton refers to the woman who inspired the pleading lyrics “Please don’t take my man” as a “redheaded hussy.”] Once we got into it, I thought, “Well, it is a different and wonderful take [written by showrunner Patrick Sean Smith] to show why Jolene was the way she is.” [In the episode,] it’s women supporting women. I’m real curious to see how the fans respond to it.

Why was Babe a character you wanted to play?

I have to be in “Jolene”! Julianne is an absolutely great singer too, so I thought, I need to do something where it actually makes sense for me to look the way I look — where I could wear makeup and tight clothes — and sing. It gave us a reason to sing a duet and for me to be a mother figure to her. This is an abbreviated version of TV Guide Magazine’s latest cover story. For more, pick up the issue, on newsstands Thursday, November 7. 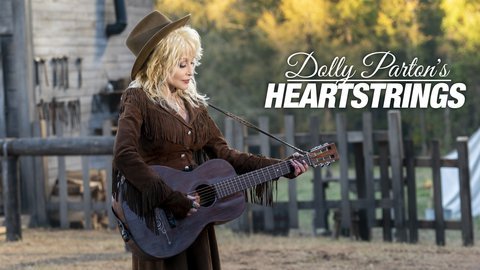