From a network of cellars, wells, and tunnels ​in the Czech Republic once used to ​create the world’s most popular beer to the secret caverns and rock formations of the Cheddar Gorge in Southwest England, Science Channel’s Underground Marvels puts the spotlight on the wonders that exist ​beneath our feet.

The new series, premiering Wednesday, October 2, uncovers subterranean ​phenomena around the globe, their impressive stories, unique origins, essential role​s throughout history, and the secrets they keep hidden deep below. Throughout the episodes, historians, engineers, ​and experts reveal the ​sheer scale of these underground structures that seem to defy human imagination.

While some underground worlds were designed and built by humans, such as the impenetrable system of underground WWII Nazi bunkers along The Channel Islands, others were created over thousands of years by the harshest of nature’s elements, like the legendary caves of Slovenia once believed by locals to be the portal doors of hell. From the subterranean cities along Spain’s southern shore, to a spectacular underground maze in Iceland’s most volcanic region, the series dives into ​the mysterious creations that lie beneath the surface.

Whether exploring decades old mines fraught with danger or investigating the impossibly simple underground solution that saved thousands of lives centuries ago, the series leaves no cavern, tunnel, bunker or mystery unturned. 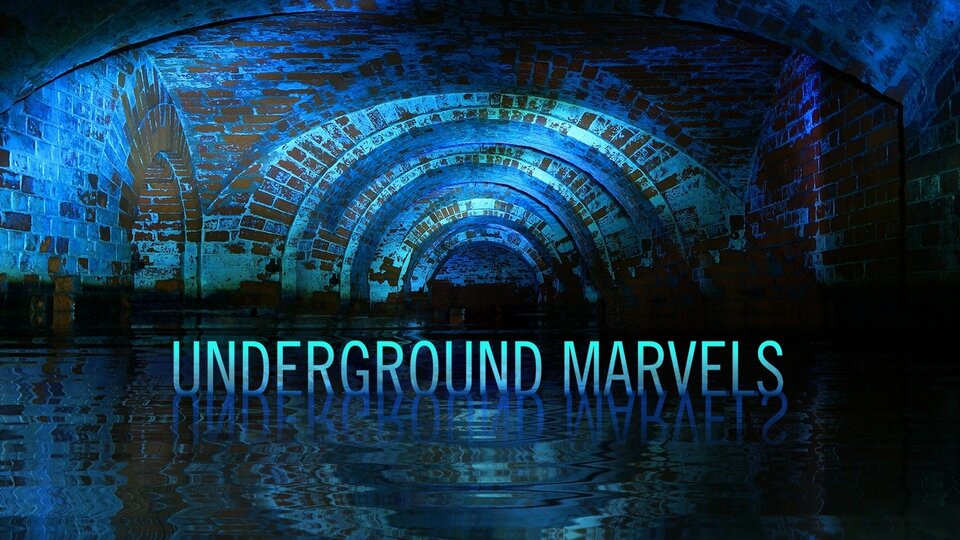 Underground Marvels where to stream