‘Emergence’ Introduces the Mysterious Piper — Is She Good or Bad? (POLL)

[Warning: The below contains MAJOR spoilers for Season 1, Episode 1, of Emergence, “Pilot”]

In ABC’s newest sci-fi venture, Emergence, Allison Tolman steals the show as protective police chief Jo, but it’s the girl she’s defending that remains quite the mystery by the time the pilot ends.

Played by Alexa Swinton, the child is found when Jo is called to the site of a plane crash. As Jo observes the surrounding area she notices movement behind a dune on the beach where the action is taking place and it’s then that she meets the girl.

Jo takes the mysterious kid under her wing, and Jo’s own daughter Bree (Ashley Aufderheide) helps decide what to call Swinton’s character, who claims to have no recollection of the incident where she was found. With the help of Jo, they decide to call her Piper. But there’s something up with her. One flashes back to the '80s for culture-clash comedy, the other rises above supernatural conspiracy-theory clichés thanks to star Allison Tolman.

When fake government officials seek Piper out, Jo is there to protect her, and in return, Piper protects Jo and her family — which, along with Bree, includes Jo’s father Ed (Clancy Brown) and ex-husband Alex (Donald Faison). How does she protect them? By using telekinetic powers, of course — think Stranger Things‘ Eleven.

From flipping cars to causing inanimate objects to go flying through the air when scared, Piper is one powerful kid. As Jo digs deeper into trying to figure out where Piper came from we learn that the plane which crashed at the beginning took off from an island where government experiments take place. The question of whether Piper came from that island remains a mystery or is questionable at best before the end of the episode. Even with her insistence that she knows nothing about her origins, viewers were given a lot to think about when she takes an X-Acto knife to make a small cut just under her ear where she digs out what appears to be a tracker or some type of advanced technology.

Could it limit her powers or track their capabilities? Fans will have to tune in to find out, but when Piper washed the small piece of technology down the drain, her actions proved she knows more than she’s letting on. The new ABC drama is 'influenced by ... movies like 'E.T.' and 'Close Encounters of the Third Kind.''

While it may be too soon to tell, we’re curious to know whether you think the mysterious Piper is good or bad. Let us know what you think by casting your vote in the poll below, and don’t miss Emergence on ABC. 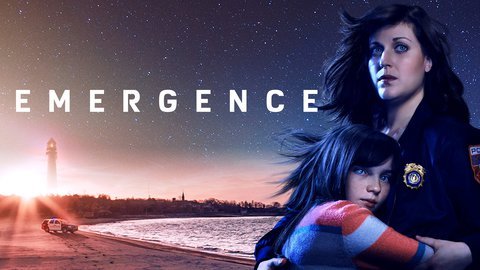