A Tribunal Decision Leads to a Shocking Elimination on ‘The Challenge: War of the Worlds 2’ (RECAP)

[Warning: The below contains MAJOR spoilers for Episode 3 of The Challenge: War of the Worlds, “United We Stand, Divided We Fall.”]

Even when the U.K. team wins, they lose on this season of The Challenge.

They do complete the daily challenge faster, but TJ cuts their celebration short. They cheated, breaking the locks. (They also make the mistake of not getting rid of the evidence.) Therefore, the U.S. team wins, and Josh Martinez declares himself speaker. Earlier, he said he’d go after their opponents’ strongest player, just like the women did the previous week. He brings Laurel Stucky and Zach Nichols along with him to the tribunal.

“Laurel is not scared to make a move,” Josh explains. And make a move the two of them do.

The U.K. team decides to vote in Bear, but when it comes to the U.S.’s choice, Josh says there are options other than as planned (Theo Campbell). He refuses to play Wes Bergmann’s game. “Don’t think that you’re going to control me or try to intimidate me with your logic because it’s not going to work on me,” Josh says.

“Wes continues to take my kindness for weakness,” he adds in a confessional. “He’s going to have to start respecting me, or I’ll play this game better than you and flip this whole house on you.”

And that’s exactly what he and Laurel do. She pretends to be asleep as the conversation continues when Josh leaves the room and tells him later that Wes said they don’t need him and he’s “expendable.” She has an idea: “We throw Wes in.” Josh is on board. Bear tries to call Wes out to prove to everyone he needs to be taken seriously. Wes refuses to play ball because he’s not ready for an elimination round. Unfortunately for him, Laurel and Josh go through with their plan and throw him in.

“I came into this elimination doing what a majority of my team wanted to until I heard a conversation where somebody said I was a number and they would get rid of me, so before he takes a shot, I’m going to take it,” Josh explains.

Wes calls it an “emotional” decision, and Paulie Calafiore can’t believe Josh threw down one of their best players in such a way.

Bear beats Wes in “Firing Squad,” and unsurprisingly, he sticks with his team.

But while the U.S. team may have wanted to get rid of Wes, they may have just severely hurt their own chances this season. The other team not only didn’t lose one of its best players, as they would have if Theo and Bear had faced off, but they also didn’t lose any of its players, whereas the U.S. team did — and they didn’t have to.

And this isn’t the first time they’ve made a questionable decision this season. They started out choosing Turbo over CT in the premiere, with CT knowing all their weaknesses on the other team. Will they regret these moves later in the season? 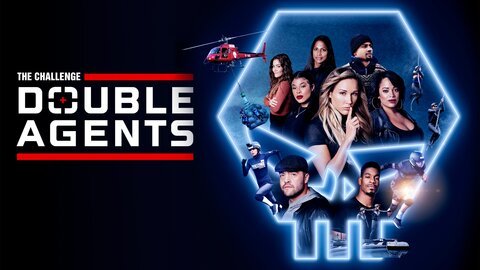