Abby is following her heart this season on Hallmark Channel’s Chesapeake Shores, both in her professional and personal lives.

That means shutting the door on a relationship with Trace (Jesse Metcalfe) and blowing the whistle on a (former) client’s business dealings. The latter led to a suspension from work, and if she can’t go back, Meghan Ory has an idea about what her character should do next.

“In Season 1, there was a mention of this artistic side of her that she had in high school and she painted the mural in the girls’ room and she talked about how she lost that part of herself,” she told TV Insider. “It would be interesting if she started doing something artistic and creative and a little bit less analytical.”

If that ever does happen, she knows she’ll have the support of her family, which she was missing when she was in New York. “It’s been really good for her and really healing to have that support after being on her own for so long,” Ory said. Here, Ory discusses the decisions Abby has made at work and in her relationship and teases a new man entering her character’s life.

Abby did the right thing at work, but she’s been suspended because of it. Does she regret that decision?

Meghan Ory: She maybe regrets it a little bit just because the reality is different from the fantasy. She knew that it was possible, and she knew what she was doing, but ultimately, she wanted to do what was right and sometimes the right thing is the hard thing. How concerned should we be about the consequences she’ll be facing?

Time will tell. It’s a pretty big thing what she did, but part of Abby’s journey this year is she’s following her heart and doing what she thinks is right and she’s ready for whatever consequences [come] her way. We’ll just see how big they’re going to be.

Speaking of following her heart, she has seemingly shut the door on Trace for good. How realistic does she think that is?

It’s sort of the same situation. She’s doing what she thinks is right, but the interesting thing about Trace and Abby is that they’re soulmates, but sometimes timing is everything and you need to be in the right place at the right time for things to work out.

Do you think it would be a harder decision if she didn’t have her kids to think about? Wouldn’t it still be the right decision for her?

It definitely would probably be a less cut-and-dry decision for her because ultimately, her kids are what helps her make that decision. She wants stability for them and she wants someone that’s going to be around and consistent. But even just for her, she wants somebody who’s going to be not on the road all the time and wants what she wants, and Trace just doesn’t want what she wants right now and that’s why it can’t work for them.

Speaking of consistency, there is a new man coming into her life, Jay. What can you say about what we’ll see between them and what he’ll mean to her? Is Abby ready for another relationship?

That’s Abby’s big question this season: What do you do when your heart is divided? She meets Jay, and he’s a teacher at the girls’ school. In him, she sees the lightness and the fun and the consistency that she hasn’t had with Trace because they’ve had so many things to deal with over the last couple of years. It’s a whole different experience for her, and it brings out a side of her that she hasn’t been able to access in some time. It’s really fun to watch that come out of her and for her to be in that place again, of being a little bit giddy and taken off guard. Their relationship is very different than hers and Trace’s.

There’s someone new in Trace’s life this season as well. How aware of that is Abby and how will we see that affect her?

Are her relationships with her family members the best they’ve ever been this season?

The family relationships are the best they’ve been probably since they were kids and Megan left because of the big conversation that everybody finally had at the end of Season 3 about how they were feeling and what happened. There’s no elephants in the closets.

People are talking about things finally after all these years, so everyone’s on a different level with each other and trying to be a supportive family for each other in a different way. It’s really nice to see the interactions change with everyone. And the family’s growing by one because Kevin’s getting married. Is Abby thinking about whether she wants to ever get married again because marriage is a topic of conversation?

That actually is another big reason why Abby decided she couldn’t be with Trace anymore. They have this history, and they have this love for each other, and it’s not going anywhere. He’s still leaving, and he’s still following his dreams, and that’s what she wants. She wants him to marry her, and she said that at the end of Season 3, that she wants it all. She wants a family with him. She wants a house and a home, and he’s not offering that to her right now.

She’s really excited for Kevin and Sarah, and she loves Sarah, and it’s also a reminder that Trace isn’t ready for that. You can’t make someone be ready if they’re not ready. 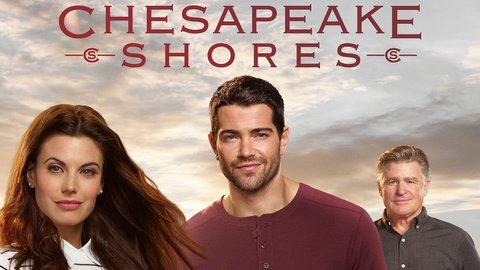