The trailer for Mindy Kaling‘s highly-anticipated Four Weddings and a Funeral is finally here.

Get ready for the emotional ups and downs as the story follows a group of friends who come together for a series of events that puts some of them in precarious positions. Four Weddings follows Maya (Game of Thrones‘ Nathalie Emmanuel), a communications director from New York who leaves the senatorial campaign she’s been working on in favor of joining her soon-to-be-wed college friend in London.

Relationships will be challenged as new bonds are made while others are broken with “political scandals exposed, London social life lampooned, love affairs ignited and doused, and of course there are four weddings… and a funeral.” Hulu released the show’s first piece of key art, as well, which shows the limited anthology’s cast on display. Check out the trailer below and don’t miss Four Weddings and a Funeral when it debuts on Hulu at the end of the month. 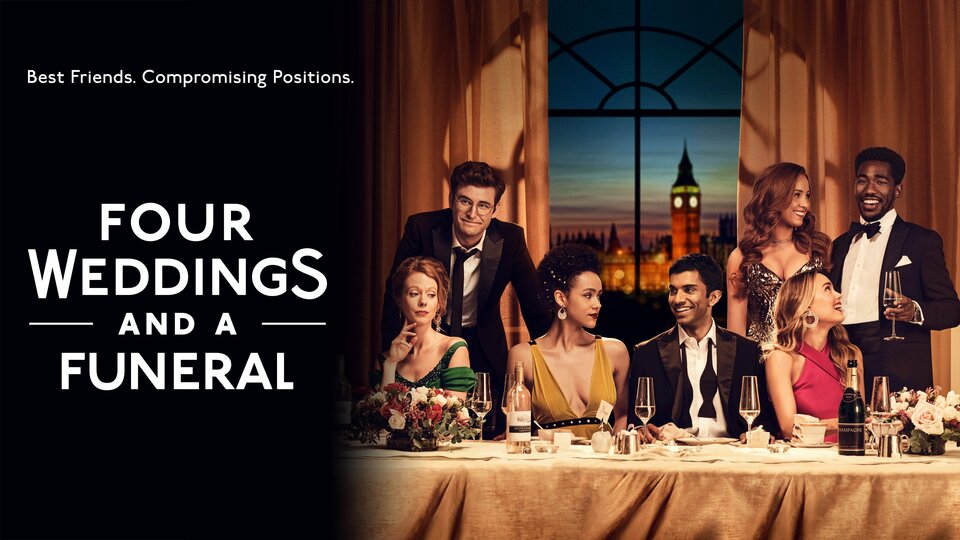