Did ‘Four Weddings and a Funeral’s Finale Set It up for a Season 2?

[Warning: The below contains MAJOR spoilers for Four Weddings and a Funeral Season 1, Episode 10, “New Jersey”]

Mindy Kaling‘s series Four Weddings and a Funeral, which is inspired by the 1994 Richard Curtis romantic comedy classic of the same title, has delivered the final episode of Season 1, which leaves us wondering … will there be a second season?

The rom-com show was originally billed as a limited series, but considering where things left off for the characters, we wouldn’t mind seeing more from this interesting bunch of friends. Set nearly a year after the events of the first nine episodes, “New Jersey” featured one final wedding and some sweet conclusions. Below we’re breaking down the key moments that may or may not warrant a follow-up season for Four Weddings and a Funeral.

Duffy and Gemma Say I Do In a twist that viewers may have seen coming, Duffy (John Reynolds) and Gemma’s (Zoe Boyle) last minute decision to wed serves as a catalyst for resolving conflicts. When Duffy returns home to New Jersey where his mother is sick with cancer, he wonders if new love Gemma will take initiative to join him there. Before he can second guess her devotion to him, she’s arrived with Giles.

And Gemma is the one to propose marriage so they can include Duffy’s mother before her demise. While their storyline was fairly tied-up, married life for the two very different individuals would prove entertaining and likely hilarious if the show were to continue. Despite appearing to be ready for wedding number two, Ainsley (Rebecca Rittenhouse) called off her nuptials to Bryce (Dermot Mulroney) in exchange for the promise to love one another without requiring the pomp and circumstance. The offer came shortly after Bryce raised concerns over Ainsely’s fixation with ex Kash (Nikesh Patel).

And as if to prove she made the right decision, when flying in for Duffy and Gemma’s wedding, Bryce hands over a stack of letters from Maya (Nathalie Emmanuel) that she refused to open after learning of her best friend’s relationship with Kash. The move allowed Ainsley to reconsider Maya’s apologies and served as a stepping stone to forgiveness. Can this duo stand the test of time or will the age gap Ainsley constantly brings up be their downfall? If there’s another season we could find out. Maya constantly tries to get back in Ainsley’s good graces following their falling out, but the road to forgiveness isn’t easy. In a nod to Curtis’ other beloved film Love, Actually, Maya gives another go at trying to win over her friend once again with some thoughtful posters. Unlike the holiday film, Maya had the door shut in her face and resigns herself to return to New York where she moved for a job.

On her way back though she runs into Duffy who is going to see his mother in America. Their exchange leaves the door open for her re-entrance into the friend group she was exiled from. Thankfully, all is set right when Maya arrives for his wedding and runs into Ainsley after she’s read the old letters she sent. Without any conflicts in their friendship now, it’s hard to tell if there’s much of storyline that could be continued into a second season.

Plus, the stars of 'Dollface,' 'Reprisal,' and 'Wu-Tang: An American Saga.' In a surprising twist, Ainsley tricks Kash into traveling to America by making him think Maya and Duffy are getting married. The lovelorn actor takes a chance and makes a dash for the airport as soon as he can. He’s relieved to learn that it’s not actually Maya’s wedding, but does manage to disrupt the ceremony before discovering this fact.

Now that he and Maya are officially on as a couple, a Season 2 possibility could see them conflicted about where they’ll live now that she’s running a successful campaign in New York and he’s a leading man in London’s West End. While the relationship between Craig (Brandon Mychal Smith) and Zara (Sophia La Porta) is stronger than ever, their new baby and the inclusion of his daughter Molly into their lives with Julia (Ashley Madekwe) could be an entertaining storyline to pursue. As a blended family learning the ropes, the flashy Craig and Zara make for hilarious screen-time. Most everything falls flat in this misbegotten attempt to replicate the film's tone. Maya’s former boss and politician Andrew Aldridge (Alex Jennings) made an appearance at Duffy and Gemma’s wedding with new British citizen and beau Tony (Nathan Stewart-Jarrett) and made a comment about getting married themselves. As far as we’re concerned bring on the wedding bells because we’re in for more fun.

Ultimately, there’s enough to lead viewers into a second season of Four Weddings and a Funeral, but the Season 1 finale does leave things set up nicely for the characters if it is actually the end. What do you think? Let us know if the hulu rom-com should continue or not in the comments below. 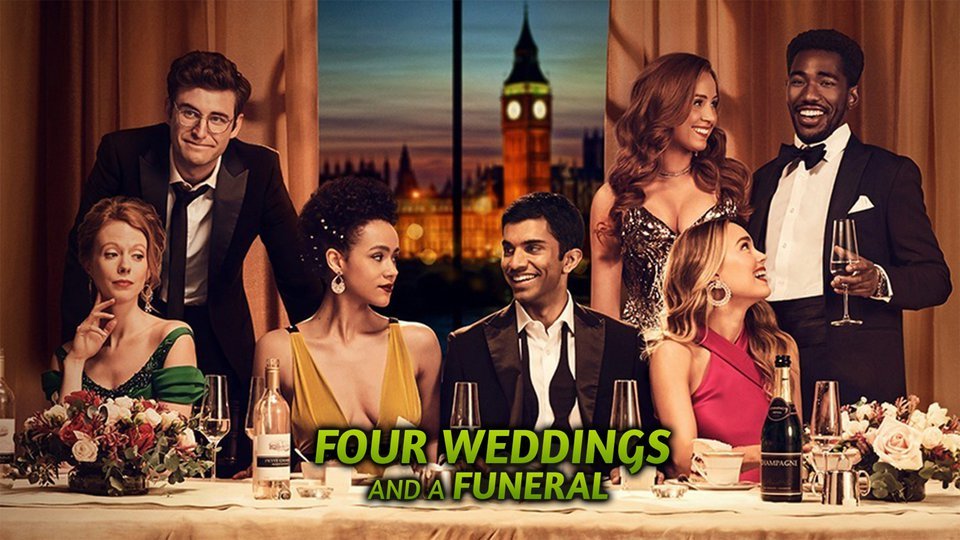